Could coffee add years to your life? 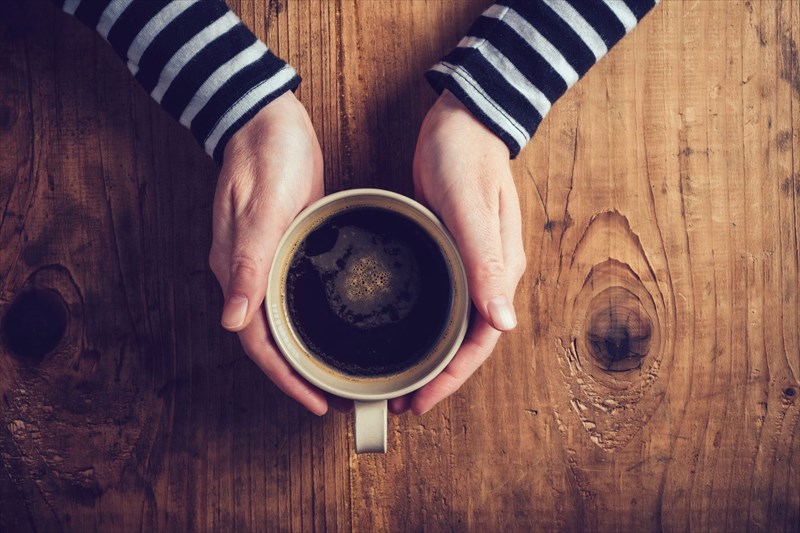 Coffee is something many people regard as the ‘magic beans’ of their daily routine. A recent study was conducted to explore the link between the amount of coffee we drink and early death, with the findings showing positive results in favour of coffee promoting a longer life. Yet experts believe that the results may be based on coffee-drinkers living healthier lives in general. Nonetheless, we explored this study further.

The study, conducted by researchers and academics from a wide range of more than 20 health institutions and academic institutions, was carried out across Europe. Following the study conducted by the Imperial College London and the International Agency for Research on Cancer (IARC), a second one was carried out by an institute in the US and was published around the same time with similar results.

The cohort research analysed the data from participants who were enrolled in EPIC (European Prospective Investigation into Cancer and Nutrition), in order to determine whether there was a link between overall deaths and the consumption of coffee, they also looked at deaths that were a result of specific conditions and diseases.

The study was effective in dealing with this sort of topic or issues as it involved a number of people who were already partaking in a number of other investigations and also allowed for the data on a vast amount of people to be analysed. The setback of a cohort study, however, is that it will not show the cause-and-effect relationship, therefore, researchers are not able to demonstrate or prove that the consumption of coffee will increase or decreases one’s likelihood of mortality.

What did this research involve?

Getting back to the research involved in this specific study, the researchers obtained data from a total of 451,743 individuals. The average age of the participants was 35 and older. These researchers examined their consumption of coffee and the causes of death, both specific and general, of participants over the duration of the study.

Those who admitted to having heart disease, diabetes, cancer or a stroke were not included. The same went for those who had extremely low or high-calorie consumption.

The participants were asked to record the cups of coffee consumed each day, week or month through interviews or questionnaires they completed themselves.

What did the researchers find?

The basic results were as follows:

The study conducted in the US had very similar results in showing that a higher consumption of coffee had a link to a lower early death risk.

From the above findings, the team of researchers stated that their results do suggest that higher amounts of coffee consumed is associated with a lowered risk of early death from a number of different causes, particularly circulatory and digestive diseases.

They added that due to the consumption of coffee being extremely widespread and the fact that intakes are able to be modified, it may be beneficial that the clinical implications be considered carefully.

Based on the findings of these studies it appears that there is a link, although this should be interpreted with caution, between those who consume higher levels of coffee and their risk of mortality due to certain health conditions being reduced.

However, the previously mentioned clinical implications to be taken into consideration should be done so for several reasons:

Therefore, coffee is not the ‘magic beans’ some may make it out to be, although it may have some benefits such as digestive health, it should be consumed in moderate amounts (no more than two cups a day) and should be a part of a balanced and healthy diet and lifestyle.

Some more information on coffee

What happens to our bodies when we drink coffee?

Coffee contains caffeine, as you may know, but it also contains a number of other remarkable compound molecules. Caffeine stimulates our central nervous system and helps a number of us to wake up and perform our daily functions.

Coffee also contains antioxidants (which prevent cell damage) that aid in repairing cells, as well as some anti-mutagen molecules which aid in preventing the DNA mutations that can lead to cancer from occurring. But it is not all such good news, as coffee also contains substances known as carcinogens which are molecules that may result in damage to the liver tissue. Coffee cannot cause cancer itself, but some experts have noted that the carcinogenic properties of coffee and other hot beverages are a result of the hot temperature of the drink. Moderate amounts of coffee have not been seen to increase one’s chances of cancer (no more than two cups a day is the recommended consumption of coffee).

When we drink coffee, it will spread throughout our body and be digested in the intestines, it will take some time for it to be metabolised, meaning it will be present for a few hours before it is actually digested.

The rate at which we metabolise caffeine is dependent on our age. Adults take roughly between three and seven hours, with new-borns taking between 65 and 130 hours. There are a number of factors that must be taken into account that will affect your personal caffeine metabolism.

The enzymes in our digestive tract will break down the coffee and the other molecules are absorbed through the intestine and are then able to exert their antioxidant effects on a number of cells.

Interestingly enough, there was a study done on mice that showed decaffeinated coffee to have the same antioxidant benefits as normal coffee. Coffee is also able to promote bowel movements. This is because coffee may cause the muscles in your digestive tract to contract, resulting in a bowel movement as it increases peristalsis (the contraction of intestinal muscles to move food out of the body). Apart from increasing these bowel contractions, caffeine may also loosen stools as this increase in peristalsis will result in less time being available for your colon to reabsorb water from faecal matter which aids in forming stools.

Although caffeine does have a number of benefits, there is still a large amount of research that needs to be conducted in order for the adverse effects of coffee to be further explored in comparison to the benefits.