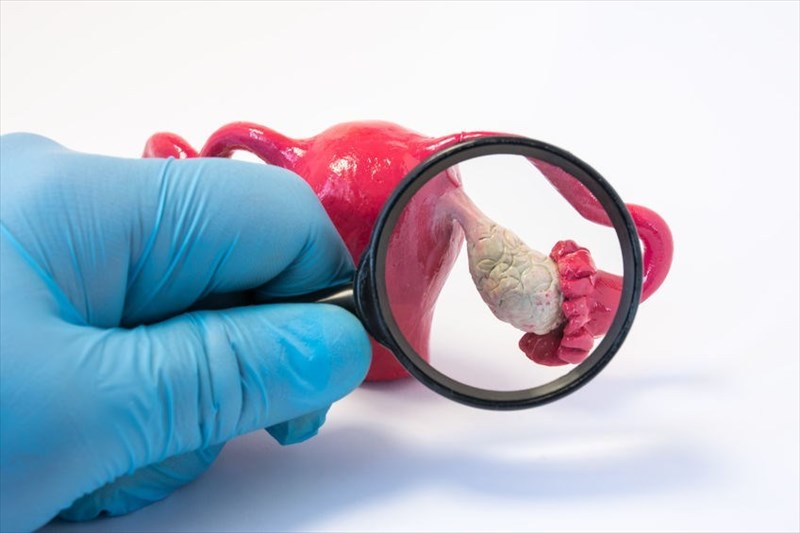 What is Polycystic Ovarian Syndrome (PCOS)?

Women with PCOS have enlarged ovaries or ovarian cysts, often with multiple cysts present (hence the name ‘polycystic’ ovaries), that each contain follicles (small accumulations of fluid). Typically, these can be seen during an ultrasound scan.

With this condition, sex hormones (androgens, such as testosterone) in a woman’s body are out of balance, causing follicles to develop. These hormones, as well as oestrogen and progesterone cause the ovaries to enlarge, forming benign masses (follicles). The fluid-filled follicles in the ovaries don’t break open, and thus affect the ability of mature eggs to be released. Instead, the eggs band together and form tiny cysts or fluid-filled follicles which resemble a string of pearls when viewed on an ultrasound .

One hormone change affects another, and another. As a condition, the effects of this cause an imbalance in a woman’s menstrual cycle (interfering with the growth and release of eggs from the ovaries), her fertility, physical appearance and even cardiac function.

It is not entirely clear why this happens, but PCOS can be successfully treated when picked up early, reducing the risk of long-term complications, such as heart disease and even diabetes (type 2) which can happen with excessive weight gain.

PCOS is a fairly common hormonal condition for many woman of childbearing age around the world, affecting between 5 and 10% of the global female population, and is a frequent cause of infertility. 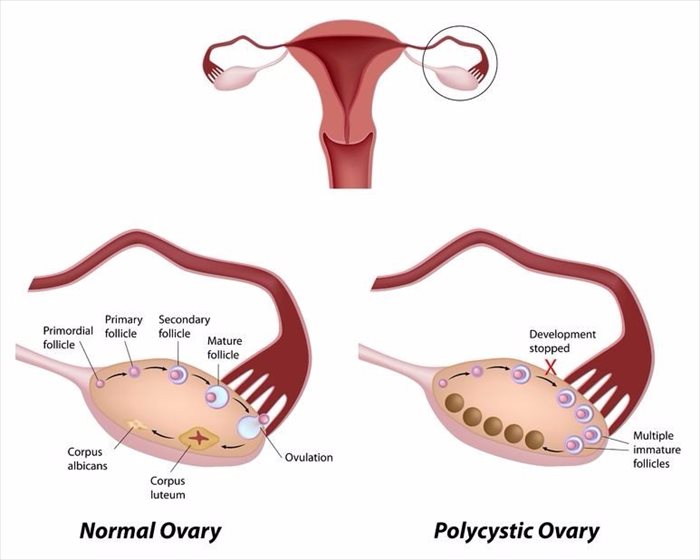 NEXT What causes PCOS?
Back to top
Find this interesting? Share it!

What is an ultrasound scan and how does it work? We look at the numerous ways this screening and monitoring tool is used in medicine today, as well as relevant benefits and considerations too...

Diabetes (diabetes mellitus) is a long-term disease that requires daily management and care. The illness refers to a group of metabolic health conditions. Here's all you need to know...

What is this mysterious metabolic syndrome? What does it mean for your health? Why do you have it? Find out all you need to know about it here.

A common condition, acne can negatively affect a person's self-esteem. We break it down to help you understand it, and how to go about treating it...

Depression is more than just a case of the blues. We explore what the condition means and how to treat it...