Could odour be the key to the early detection of Parkinson’s disease? 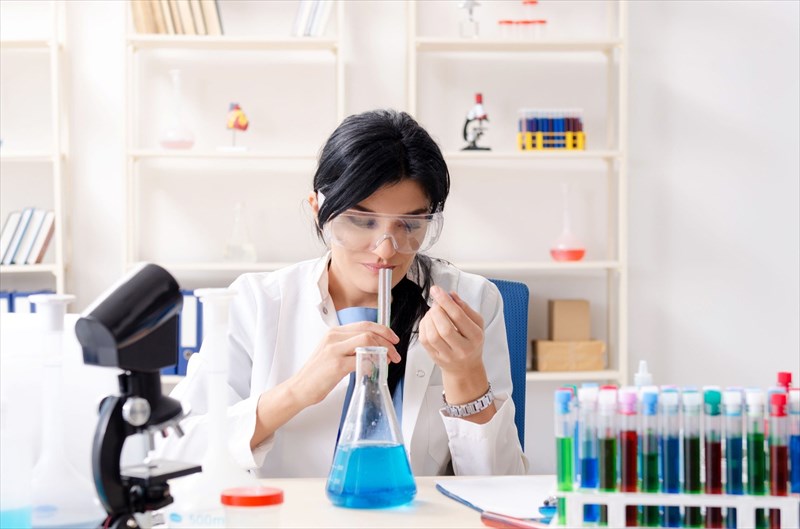 One woman’s ability to smell Parkinson’s disease pioneered studies that may aid in the earlier diagnosis and soon provide the first definitive diagnostic test for the disease.

Parkinson’s disease is a progressive neurodegenerative disease, it affects the nerve cells (neurons) in the brain that control movement. Symptoms develop slowly over years and can differ from one individual to the next. These may include tremors, often noticed in the hands, slowed movement (bradykinesia), rigidity in the arms and legs as well as gait and balance issues1.

At present, the cause is largely unknown and there are no definitive diagnostic tests available. While Parkinson’s is not fatal, it can cause serious complications. In recent years, research has largely been focused on how to identify the disease in its initial stages and develop treatments tailored to slowing or halting its progression.

The smell of disease

For centuries doctors used their five senses, including smell, as diagnostic tools. While modern medicine does not often call upon medical professionals to use their olfactory sense when making a diagnosis, instead preferring more ‘reliable’ scientific diagnostic methods, it is still well-documented that certain diseases, particularly those of a metabolic or infectious nature have a unique odour2.

This is due to the fact that disease alters the way in which the body works. The human body emits hundreds of organic chemicals known as volatile organic compounds (VOCs)3. The make-up of the molecules that form these chemicals often reflects what’s going on inside (i.e. the metabolic condition) of a person. These molecules are transported by the blood throughout the body, and their odour becomes most apparent when they are either released from the lungs when breathing, or flushed from the body via perspiration and urine.

There has been very little scientific evidence associating neurodegenerative disorders like Parkinson’s disease with a particular odour. This all changed, however, when Parkinson’s researchers met one special ‘super smeller’ during a chance meeting at a 2012 Parkinson’s U.K awareness lecture. During the event Joy Milne, a retired nurse whose husband Les Milne had been diagnosed with Parkinson’s disease, asked Edinburgh University’s neurobiologist Tilo Kunath why Parkinson’s suffers had a specific scent.

The question took Kunath by surprise and especially when Milne related that she’d noticed a distinct change in her husband’s body odour 12 years before his diagnosis and that it was only years later, at Parkinson’s support group, that she realised that the smell that she describes as ‘a musky, woody odour’, was not unique to Les.

Kunath later mentioned this comment to his colleague, analytical chemist Perdita Barran, and after some discussion the two dismissed the notion putting the scent down to an ‘old-age smell’, but the pair were encouraged by another biochemist to track Milne down and put her claims to the test. 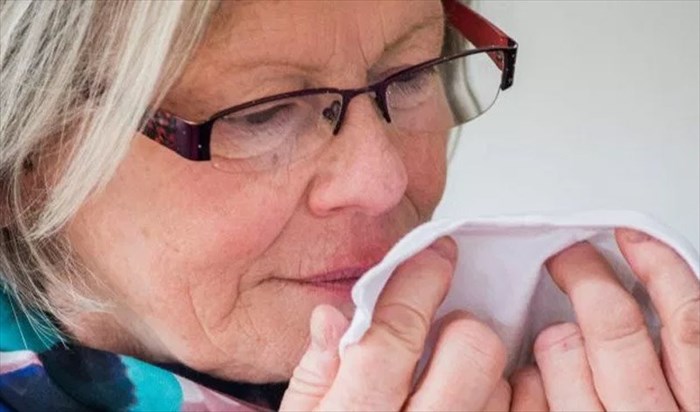 While the scientists remained sceptical, Milne was invited to participate in a blind T-shirt test in which she was asked to smell the sweaty t-shirts of six people diagnosed with Parkinson’s disease as well as those of six healthy control subjects and identify which of the subjects had Parkinson’s. Milne correctly identified those belonging to the Parkinson’s sufferers and tagged one healthy control t-shirt too.

The control tag was considered an error, until eight months later when the subject was diagnosed with Parkinson’s.

While the t-shirt test was intriguing, and especially after the diagnosis of the supposedly health individual, scientifically it had to be taken with a pinch of salt as there are a number of reasons why people may share a particular odour. Nevertheless, researchers were intrigued and a collaborative effort with Milne began.

The next step in the research was to identify the exact molecules responsible for the unique odour on Parkinson’s sufferers. This was no easy feat as of the thousands of known volatile compounds, not many are characterised with supporting data.

Previous tests indicated that the scent Milne detected was strongest on the upper back and forehead of Parkinson’s sufferers and not under the armpits as one might expect, hinting that the odour was secreted via sebum rather than sweat. Sebum is an oily substance secreted by the skin. Excess production of sebum, medically referred to as seborrhoea, is one of the documented side effects of Parkinson’s disease4.

Researchers involved in the study, led by Perdita Barran5, then collected 60 sebum samples from the upper backs of volunteers, some who had been diagnosed with Parkinson’s disease and others who had not. Employing mass spectrometry, a scientific technique that is used to measure the individual characteristics of molecules by converting them to ions in order for them to be manipulated by electrical and magnetic fields6, the researchers analysed the sebum samples to determine whether any of the chemicals present were elevated in those diagnosed with Parkinson’s. A notable difference in the volatile organic compounds existed between the two groups of test subjects.

With Milne’s help, the researchers identified 4 compounds that were associated with creating the musky aroma Milne had originally described:

The first three were present at higher than average levels in Parkinson’s sufferers, while the fourth perillic aldehyde, was present at lower levels.

The researchers also noted that there were no significant differences in those taking medication to treat their Parkinson’s and those who weren’t. This was an important factor to consider in order to rule out medication causing the changes in odour.

It is believed that together, these molecules could form the diagnostic blueprint for the disease.

While these findings are somewhat revolutionary, the researchers acknowledge that they are limited in terms of sample size and that larger studies will be required to validate their findings and establish a panel of volatile biomarkers in order to detect Parkinson’s earlier.

Going forward, the researchers will conduct a larger study, testing the sebum of over 1,000 Parkinson’s sufferers as well as hundreds of samples from healthy individuals in order to confirm the link between the compounds identified and the musky odour Milne detected.

In addition, the team will collaborate with Austrian researchers investigating REM sleep disorders, as this ongoing study suggests that those with such issues have a 50% chance of developing Parkinson’s in later life. The goal is to ascertain whether the recently discovered technique is capable of identifying those with Parkinson’s earlier than the current method which is based on the diagnosis of observable symptoms.

While the research which his wife helped to pioneer came to late for Les Milne who passed away in 2015, it is hoped that future generations of people will benefit. Watch this space for further updates as the new studies progress.