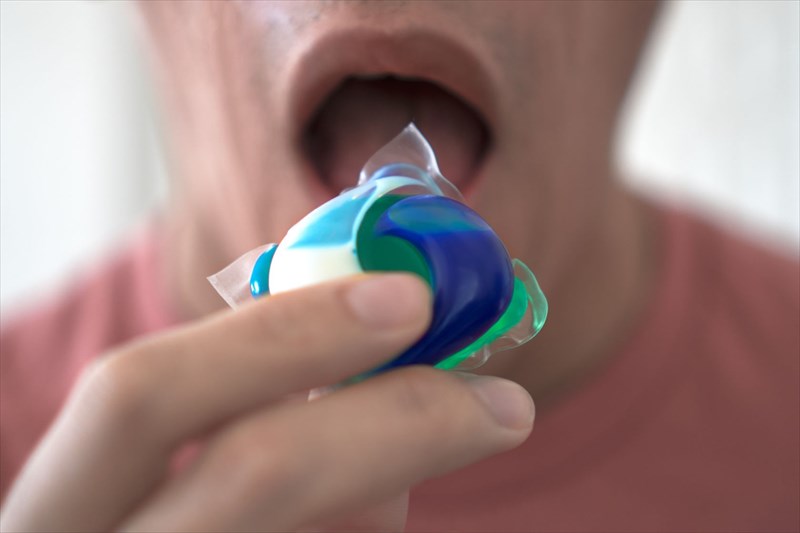 The most recent viral internet challenge known as the “Tide Pod Challenge” is one that boasts total ignorance as the youth flock to their parent’s cleaning cupboards in search of a rather dangerous snack. Yes, you read that right.

Laundry pods or packets, have been viewed as hazardous products in households for quite some time due to the risk of young children attempting to eat them, however, teenagers are now ingesting these pods as a part of the latest internet craze known as the “Tide Pod Challenge” (Tide is a popular laundry pod brand name in countries like the United States).

Laundry pods are capsules of highly concentrated detergent and ingesting these can lead to some severe health conditions and side effects. As a result, health officials are now urging the public to only use laundry detergent pods/packets for laundry and not for consumption (as if this was not obvious enough given the fact that these pods contain ingredients harmful to the human body).

How such a trend has gone viral is somewhat ambiguous, some media houses note that the fad began in 2013 when the eating of pods was discussed on an online forum, thereafter a video featuring a toddler confessing his plan to eat what he saw as “delicious looking little pods” was posted on social media platforms. Both of these events are thought to have sparked the viral trend as we know it today.

If you conduct a simple internet search or scroll across social media platforms, you will undoubtedly stumble upon posts, videos, memes, tweets and content involving the consumption of laundry pods.

Social media users have created humorous content that involves various recipes and recommendations on how to go about eating laundry pods, from blending them, eating them with milk as a replacement for cereal, smashing them on toast or simply ingesting them ‘plain’. The internet is now riddled with people who have pushed common sense aside in an attempt to jump onto the band-wagon of bad internet ideas that have gone viral. These pods are being referred to as “forbidden fruit”, and experts warn that these should remain just that when it comes to human ingestion… forbidden.

Tide, the popular laundry pod brand that has been directly associated with the online challenge, have released an announcement warning the public against eating their laundry pods. Tide’s PSA advert features Rob Gronkowski, a famous NFL star, who helps to get the warning across in the most straight forward way. The basic message of the advert is simple...

Tide PODs should be used for doing laundry and not to be eaten, especially not eating them!

The US Consumer Product Safety Commission reiterated this warning with an advert stating, “A meme should not become a family tragedy. Don’t eat poison”. Photos have also been taken in stores selling Tide, showing these products being placed into locked plastic containers on shelves.

**My Med Memo – A meme is a piece of content typically found on social media in the form of an image, text or video that is used in a humorous nature, and is shared rapidly by internet users who may slightly alter it (i.e. change the text slightly etc.)

The Tide pod internet challenge has recently taken a serious turn for the worse as it continues to spread across the internet. In light of the increasing number of cases being reported, the American Association of Poison Control Centers (AAPCC) has issued a warning regarding the potential exposure to poison that is associated with eating single-load laundry pockets. The organisation stated that over the previous five years they have received over 50,000 phone calls relating to human exposure to liquid laundry pods. While the majority of these calls related to the unintentional misuse of these products by kids under the age of five, teenagers ingesting these pods and sharing videos of themselves doing so to social media platforms has raised significant concern amongst both U.S. and international poison control centers.

New data released by the AAPC mentions that in 2016 and 2017, the various poison control centers have handled a total of 39 and 53 cases respectively1, involving the exposure to laundry pods amongst 13 and 19-year-old teenagers worldwide. The first two weeks of 2018 have led to a further 39 intentional cases regarding this age group. Ingestion attributed for more than 90% of the reported cases of exposure.

The CEO and Executive Director of the AAPCC, Stephen Kaminski, said that the laundry pod challenge is not be seen as something humorous and may come with severe health complications. He went on to mention how intentionally misusing these products may pose a very real threat to the health of various individuals involved. Kaminski notes that the large spike in the exposure to single-load laundry pods amongst teenagers has been due to the social media videos uploaded involving this age group (13 to 19) which show certain individuals eating the pods and challenging others to do so as well.

The health implications of misusing these products include:

The public needs to be aware of the potential dangers associated with swallowing laundry pods.

These laundry products should be used for their intended application, doing laundry. Parents should warn their teenagers and children of the risks and side effects of ingesting them. If you or a loved one ingest a laundry pod, phone your local poison control expert immediately for assistance.