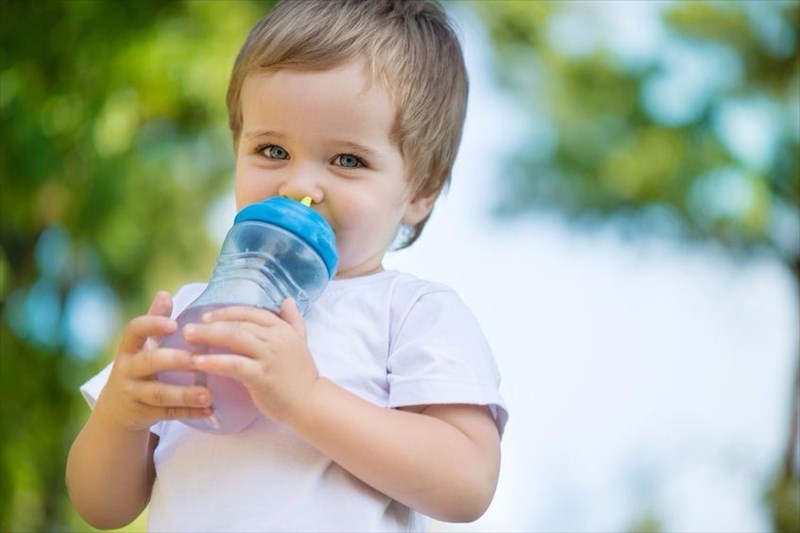 New recommendations by the American Academy of Pediatrics (AAP) will have you putting down that sippy cup filled with flavoursome fruit juice.

You may think a cup full of juice is a healthier alternative for your young child, but new recommendations may just stop you in your tracks, especially if your little one is under a year old.

The AAP now strongly advises that no baby under one year should consume any fruit juice, and all toddlers and older children should have limited intake as well. The new report recommendations were published online on 22 May 2017 in Pediatrics.

One of the authors of the report, Dr Steven Abrams, chair of paediatrics at the Dell Medical School at the University of Texas, Austin (USA), says that their report finds virtually no evidence of any health benefit in giving children fruit juice. 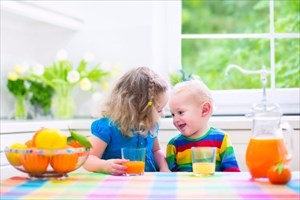 So, why the stern recommendation now, after about nearly 16 years since the last? Fibre is one of the main reasons. The other is sugar. Fruit juice typically contains next to no fibre at all. A baby is better off consuming a whole fruit that is mashed or puree’s rather than juice once it is time to start eating solids.

Dr Abrams also believes that fruit juice consumption from about 6 months limits a baby’s intake of much needed protein, fat and other essential nutrients they would normally receive from breast milk or baby formula. Dr Abrams says that babies don’t really need liquids other than breast milk or formula once they begin consuming solids either.

Fibre is very important for keeping gastrointestinal problems at bay, which can be better avoided by consuming a whole fruit than reaching for a fruit juice. Approximately 8 ounces or 236 millilitres contains about 114 calories, 24 grams of sugar and virtually no dietary fibre. A whole apple, in contrast has 4 grams of fibre, so there is more nutritional value in consuming a whole fruit for better overall health.

For many children, fruit juice consumption has been seen to have been given as a replacement for whole fruits and vegetables. Children lacking in fibre, vitamins and other nutrients has been steadily increasing, and Dr Abrams believes fruit juice may very well be one such reason why.

Another important factor to note is that many labelled fruit juice beverages do not hold the same nutritional value. Most merely contain water and heaps of sugar. Parents should also take into account the sugar intake in beverages that are marked as 100% fruit juice.

A paediatric gastroenterologist, Dr Alisa Muniz Crim at the Nicklaus Children’s Hospital in Miami, is in agreement with Dr Abrams. The best liquids for your baby, especially when under a year, are water and milk (breast or formula). She also advises that “if parents go for milk alternatives, like soy or almond milk, they should make sure there is no added sugar.” The report also advises against giving fruit juice before bed time.

Healthier eating habits from a young age teach young children how to make better choices as they grow and develop into self-sufficient adults. Dr Crim also advises against giving young children sippy cups. These are normally cups for little ones that have a cover (to prevent spillage) and a spout or opening for easy drinking. While practical, to some degree, Dr Crim suggests that toddlers should learn to drink from regular cups instead. Sippy cups and bottles allow children the opportunity to sip small amounts of liquids (fruit juice in particular) all day long.

Sippy cups can easily be refilled and thus make it difficult to monitor sugar intake. The most concerning thing about this is potential tooth decay. Prolonged exposure to sugary liquids can help promote tooth decay and excessive consumption may be one such contributing factor to the gaining of more weight than what a child should be.

“If parents choose to use those sippy cups, they should fill them with water,” says Dr Crim.

“Although juice consumption has some benefits, it also has potentially detrimental effects. High sugar content in juice contributes to increased calorie consumption and the risk of dental caries. In addition, the lack of protein and fibre in juice can predispose to inappropriate weight gain (too much or too little). Paediatricians need to be knowledgeable about juice to inform parents and patients on its appropriate uses,” say the authors of the report.