Human egg cells grown in a laboratory for the first time 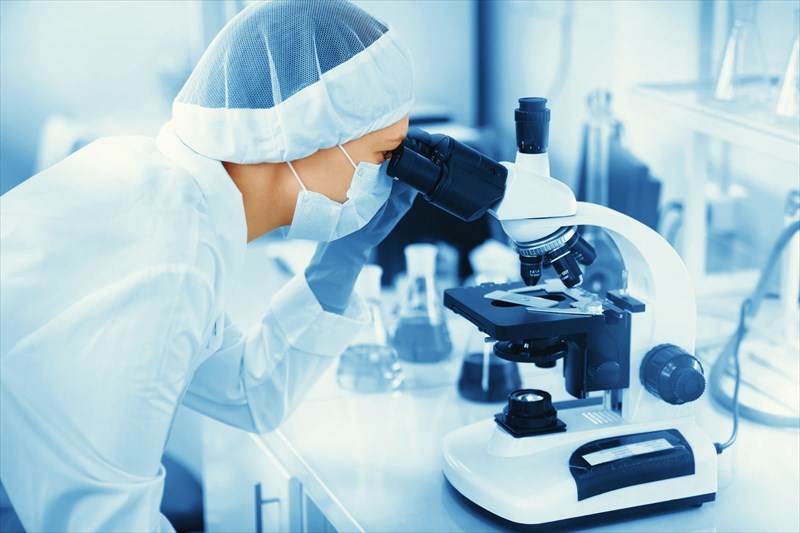 Researchers from the Royal Hospital for Sick Children, University of Edinburgh, and the Center for Human Reproduction in New York have recently proven the concept of growing human oocytes (egg cells) outside of an ovary1. These findings offer a glimmer of hope to women at risk of premature fertility loss (such as those who are undergoing cancer treatments) as the team of experts were able to grow human ova (eggs) in a lab from their earliest forms of development to maturity.

As with most clinical trials, this feat had previously been achieved using the oocytes of female mice, however, the leap to human oocytes and the success of the latest trials could not only improve fertility preservation options in future but also aid in the understanding of the development of human ova (eggs).

A woman's menstrual cycle takes place over a period of approximately 28 days and starts from puberty. The ovaries, which form a vital part of a woman's reproductive system, contain all of the unfertilised eggs needed for her lifetime from the moment she is born. Surrounding these eggs is a cell layer known as a primordial follicle which contains primary oocytes (cells that may become ova (eggs)). Therefore, each follicle contains what is essentially an immature egg that is surrounded by follicle cells.

To explain this in more detail, at birth, a woman’s ovary will contain roughly 400 0002 primordial follicles (i.e. ovarian follicles in the initial stage of development) containing oocytes (essentially the cells that will one day become an ovum/egg).

The primary oocytes which underwent their first meiotic division (a process of cell division wherein a cell nucleus divides into four nuclei which each contain half of the chromosomes of the original nucleus) between 3 and 8 months while a baby girl was still in her mother's womb (in utero) will not undergo any further meiotic division and will remain in this form until a girl reaches sexual maturity (i.e. puberty).

During every ovarian (menstrual) cycle, approximately 20 of the primordial follicles will be activated and begin to mature. Bear in mind, that only one follicle will mature fully, while the rest of the follicles that develop will play a contributing role to the endocrine function of the ovary (which is vital to fertility and reproductive development).

When a follicle is activated, its first meiotic division (i.e. cell division) is complete and this results in its maturation from a primary follicle to a secondary follicle. After which, a second division will take place to further develop the follicle into what is referred to as a Graafian follicle, which contains a secondary oocyte. During ovulation, the follicle will rupture and the oocyte will be released from the ovary and enter the fallopian tube, some follicle cells will accompany it, this group of cells or structure is known as the cumulus3. Upon release, the oocyte begins its second phase of cell division which is only completed if the ovum (i.e. a mature reproductive cell) is fertilised.

Once ovulation has taken place, the follicle cells that remain behind in the ovary will form the corpus luteum4. This is a hormone-secreting structure that forms part of the phase of a woman’s cycle known as the luteal phase wherein the body focuses on preparing for the implantation of an embryo within the uterus by thickening its lining (known as the endometrium).

Once the egg is released it will travel into the fallopian tube and wait to be fertilised by a sperm cell for roughly 24 hours. If the egg is not fertilised, it will move along the uterus and disintegrate. When this happens, hormone levels will return to normal and the body will naturally shed the thickened uterine lining (i.e. when a woman’s period begins).

With the above understanding in mind, one is able to begin to grasp the complexity of the process the team involved in this study had to endure in order to mimic this naturally occurring process in an artificial setting. 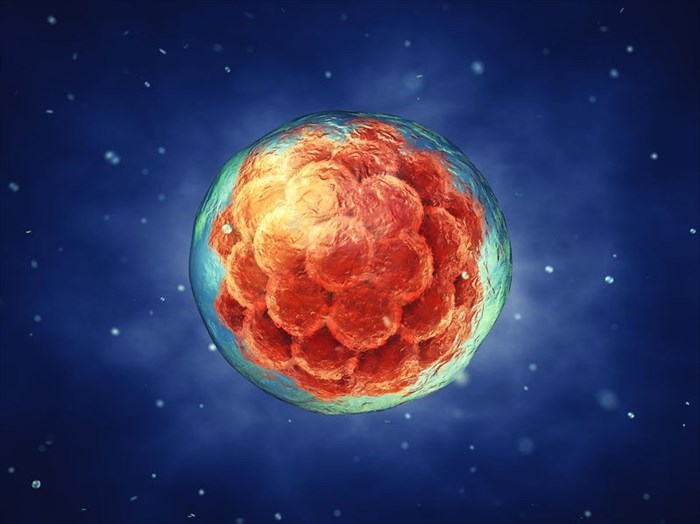 With the information of how the menstrual cycle works, it is appropriate to mention the question posed and the purpose of the study which was as follows…

“Could the natural process of egg development be achieved in a laboratory through harvesting ovarian tissue in order for an immature egg to be grown and developed to a point of maturity wherein the embryo could then be placed back into the mother through the procedure of In Vitro Fertilization (IVF) in order for a baby to develop?”

**My Med Memo – IVF is a common assisted reproduction procedure used to aid couples experiencing fertility issues in increasing their odds of achieving a viable pregnancy. During this procedure, the doctor will remove a matured egg from a woman’s ovaries and fertilise this with sperm in a petri dish in a lab. The embryo (i.e. fertilised egg) will then be placed back into the womb in order for it to grow and develop.

The laboratory study aimed to determine whether it is possible to develop a human egg from ovarian tissue containing only primordial follicles, whereas IVF takes eggs that have already reached a certain stage of maturity in order for these to be fertilised.

In the past, the team of researchers involved in this study had developed a culture system that consisted of two steps wherein primordial follicles were successfully developed into second stage follicles. In this study, however, they aimed to add in a third step to find out whether they could culture these egg cells from the early-stage primordial follicles to a point of maturity, developing them into fully grown egg cells.

What did the research entail?

The research team used ovarian tissue from ten women who were scheduled to have an elective C-section (caesarean section). These women ranged from 25 to 39 years old and for the purposes of the study, the average age was determined as 30.7 years old. Ovarian cortical biopsies were obtained from the sample group, from which, 160 fragments (tiny strips) of ovarian tissue that contained primordial (early stage) follicles were prepared in specialised lab equipment known as culture plates in order to promote cell growth. These samples were cultured in a serum-free medium for a total of eight days.

The researchers carefully monitored the cultured follicles to identify those that were growing into secondary follicles. After the initial 8-day culture period, these follicles were then moved to a second-stage culture plate/medium for an additional eight days.

At the end of the eight days, the secondary follicles were retrieved from the cultured tissue, and intact follicles which had reached a certain diameter were then selected for further in-vitro maturation (IVM).

The ovarian tissue that was originally obtained from the subjects had no visibly developing follicles.

At the end of the third step of the study, 32 developing follicles from the 54 chosen for this stage had sufficiently grown in size and contained oocytes, which were then selected for the next step of the study, which was in-vitro maturation (IVM) (i.e. the process of cell division in the lab). Nine of these final follicles demonstrated meiosis (a process of cell division that produces human gametes (or sex cells) sperm and eggs, and in this case, an egg).

What did the researchers conclude and what does this mean for fertility preservation?

The researchers concluded that their ability to grow human oocytes from their earliest follicular forms in a laboratory through to maturation and eventually, fertilisation could be greatly beneficial for the practice of fertility preservation, specifically for women and young girls undergoing cancer treatment as radiation and chemotherapy risk the side effect of sterility.

At present, women needing to undergo cancer treatments are able to freeze their matured eggs and embryos before beginning treatment. However, this is not possible for prepubescent girls suffering from childhood cancers, as they are yet to menstruate and produce mature egg cells.

The only option available for these girls at the moment is to have some of their ovarian tissue removed, frozen and then transplanted back into the body at a later stage in hopes of eggs then developing as a result. The risk associated with this method involves the possible contamination of this tissue with pre-existing cancer cells. If this is suspected, doctors then recommend that the tissue not be replanted in order to avoid a possible recurrence of cancer.

If eggs can be grown in a lab from their earliest stages to maturity, then the entire natural process that usually take place within the human body can be replicated in full in an artificial setting in order for fertilised embryos to be transplanted back into the body through in vitro fertilisation (IVF).

Researchers from the study also noted that there is still a great deal of research and refinement needed. For example, the process of egg maturation in this study was only conducted on a small number of samples obtained from ovarian tissue. In addition, although the team were able to develop matured eggs as a result, the question as to whether these cells are healthy and can be fertilised still remains.

With these limitations in mind, there is still no denying that this is remarkable research and the findings from this may lead the way for further discoveries and scientific breakthroughs in terms of egg cell maturation and possibly even developing a foetus outside of the womb from start to finish in years to come.