MDMA – Could the well-known party drug aid in treating PTSD? 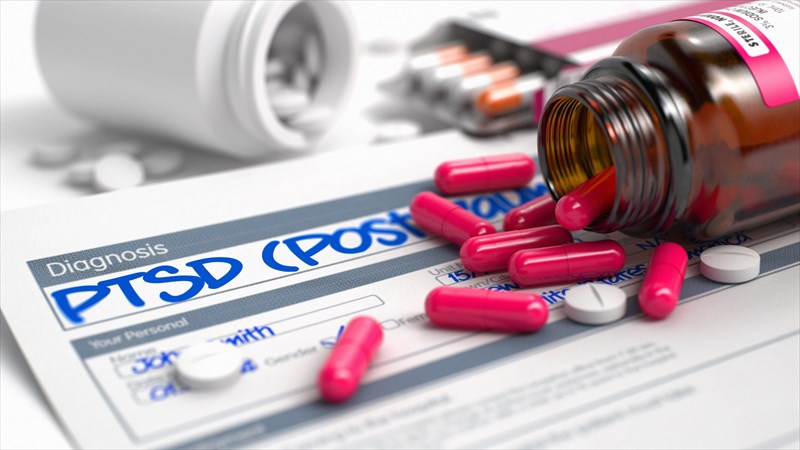 MDMA, commonly known as Ecstasy and Molly is a drug that has generated many heated debates among medical experts for a number of years. One school of thought believes that the drug has therapeutic properties that could be harnessed to treat those with mental conditions and help ease their trauma. These proponents have pushed for clinical trials to be conducted to explore the viability of this form of treatment. Opponents, on the other hand, insist that introducing potentially toxic substances like MDMA to people who are already unstable could have disastrous, if not fatal, results.

Recently, a small-scale study to investigate the efficacy and safety of using MDMA in combination with psychotherapy to treat the symptoms of post-traumatic stress disorder (PTSD) in chronic cases was conducted.

While the results of the study are deemed to be preliminary, they have laid a foundation and do hold promise for additional, large-scale studies to be conducted in the near future in order for more concrete findings and evidence to be reached.

PTSD is a mental health issue that some people develop after witnessing or experiencing an event that was particularly traumatic or life-threatening. Due to the nature of their work and the higher risk of exposure to traumatic situations, the condition is significantly prevalent in first responders and military personnel but is by no means exclusive to these individuals. Some examples of the types of events that trigger the condition include combat, natural disasters, sexual assault and even car accidents.

The symptoms associated with the condition generally begin shortly after the traumatic event and persist for months thereafter, becoming chronic. Some people who have been exposed to a form of trauma may only suffer from upsetting memories of the event, have issues sleeping, or feel on edge, and these symptoms may subside over time, in others however, the symptoms progress, leading to the development of PTSD. The symptoms may come and go over a number of years and be experienced in varying intensities over this period of time.  Additional symptoms include:

The current forms of treatment for PTSD involve prescription medications such as antidepressants, sleeping tablets and talk therapy such as psychotherapy. Some specific antidepressants that are used include selective serotonin reuptake inhibitors (SSRIs), as well as serotonin-norepinephrine reuptake inhibitors (SNRIs), these include paroxetine, venlafaxine, fluoxetine and sertraline.

While psychotherapy is recommended, those suffering from PTSD often drop out of therapy due to not seeing the results they want quickly enough or not wanting to feel forced to talk about the traumatic event at the root of their condition. High dropout rates make the success of therapy difficult to judge.

Psychotherapy, also known as counselling or talk therapy, involves the patient regularly meeting with a trained and licensed therapist to verbally communicating their feelings about present or past experiences. There are different aspects to this form of counselling. One of these is trauma-focused psychotherapy, which involves focusing on the traumatic event and understanding how this has influenced the sufferer’s mindset, emotions and way of thinking. As therapy progresses, the patient will eventually learn how to change the way the he /she thinks and feels about the traumatic event, this is known as CPT (cognitive processing therapy).

Another aspect to psychotherapy involves repeatedly talking about the traumatic event until the patient becomes desensitised to it. When this occurs the patient will no longer feel upset by the memory of trauma, enabling them to gain more control over their emotions and daily life. This form of psychotherapy is known as PE (prolonged exposure).

Another form of non-traditional psychotherapy, which is separate from trauma-focused psychotherapy, but which may be helpful to PTSD sufferers is known as EMDR (eye movement desensitisation and reprocessing). This eight phase therapy process involves moving the eyes from side to side, paying special attention to the therapist’s hand movements or certain sounds while the patient talks about the traumatic event. This aids in helping the brain to work through and process the memories of the event, altering the way that they are stored, which makes them easier to manage and reduces the distress associated with them.

What is MDMA and how does it affect the brains of those with PTSD?

MDMA (3,4-methylenedioxy-N-methylamphetamine) is the active ingredient in the commonly known party drug referred to as Ecstasy or Molly. It was initially synthesised in 1912 by researchers and scientists attempting to find drugs that would stop bleeding, however, no significant use was found for it then or in the number of years that followed. It was only in the 1970s that MDMA was first tested for its effects in treating mental health disorders such as depression, substance abuse, autism and more.

The drug itself has an interesting effect on the brain, promoting a large increase in the serotonin levels, as well as several other neurotransmitters (chemical messengers released by the brain). Serotonin is commonly referred to as our ‘happy’ hormone and is believed to contribute to feelings of happiness and overall well-being.

MDMA also increases the levels of other hormones such as oxytocin. Oxytocin is often referred to as our ‘love hormone’, this hormone is believed to increase our affiliate behaviour, and higher levels of it can make us more inclined to want to connect with those around us. Experts also believe that this ‘love hormone’ affects how we respond to the facial expressions of others. This has led researchers to believe that those with increased oxytocin levels may be less likely to wrongly interpret specific facial expressions as being threatening or angry.

These findings are beneficial for PTSD victims undergoing psychotherapy as these patients tend to be on the lookout for threats and are extremely hypervigilant, given their past experiences associated with traumatic events. Thus, increased levels of oxytocin theoretically allow for a patient to be more trusting of their therapist and perhaps even those in their personal life and strangers.

MDMA also encourages the release of prolactin, a hormone that is thought to make us feel more relaxed and increases our sense of satisfaction, causing a ‘post-orgasmic state’. It is also thought to decrease activity in the amygdala, the area of the brain that is linked to fear which is overactive in those suffering from PTSD. In addition, MDMA increases activity within the prefrontal cortex of the human brain which is the site where the processing of information takes place.

When PTSD patients are suffering from ‘hyperarousal’ and feel overwhelmed with emotions and anxiety, psychotherapy is not always deemed to be effective. All of the effects induced by MDMA however, seem to better facilitate psychotherapy, which involves actively talking about the traumatic event and inducing an emotional state that enables the patient to discuss their feelings surrounding it more easily, reprocessing it in such a way that the emotions attached to it become dulled and easier to manage. This state referred to by experts as an ‘optimal arousal zone’.

The controlled administration of MDMA allows patients to achieve several hours of ‘optimal zone of arousal’, creating a period of time or a ‘sweet spot’ wherein therapeutic change can take place.

With the current methods of treatment for PTSD lacking in their effectiveness to ease symptoms and therefore not achieving the intended goals of treatment, experts have been looking into studying the effects of MDMA when combined with psychotherapy.

It is this thinking that led to the recently conducted study funded by the US based Multidisciplinary Association for Psychedelic Studies, to investigate the potential effect that MDMA had on 26 participants.

All 26 participants were service personnel, including a policeman, three firefighters and 22 veterans. All participants had suffered from a traumatic event or experience and been diagnosed with chronic PTSD, suffering from the condition for six months or more. The study was a randomised trial performed in an outpatient clinic for psychiatric patients in the USA. Psychological and / or medical treatment interventions had failed in all participants prior to this trial.

This study did not include a placebo group, which is regarded as a shortcoming of the study.

The point of this investigation was to explore whether taking MDMA in conjunction with attending psychotherapy sessions could perhaps increase the effectiveness of this form of talk therapy by helping the participants to be more open and calm within the therapy setting and during the discussions that took place within it. Due to the high dropout rate among PTSD victims in traditional therapy settings, it was vital that each session was maximised to its full effect in this study.

The participants initially underwent three psychotherapy sessions of 90 minutes each, without having any MDMA administered. This allowed for the therapists involved in the study to establish the groundwork of a working relationship between themselves and the participants as well as to prepare for the sessions that would involve the administration of MDMA.

Following the initial sessions, the participants received their designated MDMA dosage which was administered orally. They then underwent two eight-hour sessions of specialised psychotherapy known as concomitant manualised psychotherapy.

After these experimental sessions, the participants were instructed to spend the night, and thereafter had to report back via telephone for a period of seven days. After a week, the participants had to return for their final 90 minute psychotherapy session.

What were the findings of the study?

Taking into consideration that this was a small-scale study and one that did not include a placebo group, the results showed promising responses to psychotherapy as a result of MDMA administration.

The researchers studied the participants results one month after the final experimental 90 minute psychotherapy session and found the following:

Once the initial results had been established, all participants were switched to a full dose (100 to 125mg) of MDMA and the following was observed:

All participants were reassessed after one year in order to determine the safety of the treatment and monitor any adverse side effects that may have taken place. The following findings were noted:

The above-mentioned findings led the researchers to believe that, given the appropriate controlled setting, MDMA may be beneficial in treating the symptoms of PTSD when combined with psychotherapy. However, these findings will need to be confirmed within larger studies involving larger numbers of participants.

The head researcher for the study, Dr Feduccia would like to remind everyone that the use of drugs such as MDMA is not recommended unless done under strictly controlled expert supervision and the drug should not be used in the treatment of other psychiatric disorders unless done so under the support and guidance of trained psychotherapists. It is also vital to be aware of the fact that the researchers in this study used pure forms of MDMA and ‘on the street’ you can never be sure what kind of drug, let alone its level of purity, you are receiving. The recreational use of MDMA is not recommended. MDMA has also been known to result in a number of short-term side effects such as decreased appetite, jaw-clenching, increased pulse rate and blood pressure. Due to these effects, those with heart disease have not been included in studies conducted on the drug.

While, based on MAPS Phase 2 trials, the FDA granted MDMA assisted psychotherapy for PTSD a Breakthrough Therapy Designation, this title does not mean that there is enough high-quality evidence to support the efficacy of MDMA in the treatment of all mental disorders2. It does, however, support the positive effects achieved by using MDMA in psychotherapy for the treatment of PTSD.