Music may be good for your heart 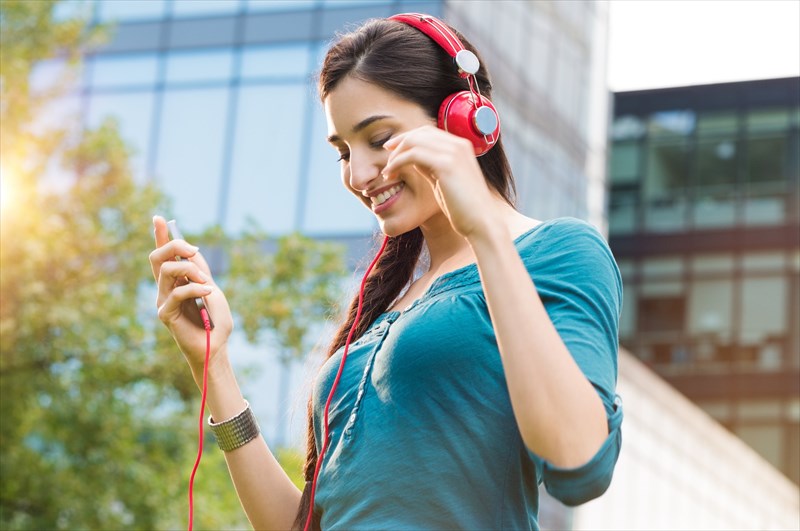 It is no secret that music has a significant effect on us as humans. Music is able to evoke emotions within us that range from states of elation to sadness. Hearing a song can send you into a trance of pure bliss, straight back to a childhood memory or help to calm your mind after a busy day. Some may say that music speaks a language everyone can understand and that it is something that transcends cultural and religious boundaries. Others may mention the impact that music has on the soul, and more importantly so, the heart.

The potential effect that music has on the heart has been studied for a number of years now and research teams and scientists alike attempt to determine the mechanisms behind the impact of music on the human body.

In 2009 Harvard Medical School published an article1  on how music can be used to tune the heart, stating that listening to music or undergoing music therapy may be beneficial to the health of our hearts.

**My Med Memo – Music therapy refers to the use of music to address and improve a variety of social, cognitive and emotional issues. This form of therapy is commonly used for those suffering from health conditions such as acute and chronic pain and even Alzheimer’s disease, or certain developmental and learning disabilities, and sometimes even for women in labour. The therapeutic process involves either the creation of and listening to music (or both), that experts believe may provide a communication channel and means of expression that goes beyond what can be expressed in words2.

The Harvard article mentions how healing and music were once regarded as having a symbiotic relationship as ancient civilisations from the Chinese to the Greek and even Native Africans and Americans used chanting and singing as a vital part of healing rituals. This connection began to slowly experience a disconnect as Western medicine started shifting from the art of healing and medicine to the science of healing and medicine. However, the connection has been slowly restored since the early 1980s as researchers have turned their studies and attention to the impact that music has on the heart and cardiovascular system.

The majority of research conducted on the subject has focused on areas such as changes in heart rate, arterial blood flow and blood pressure, with some studies examining a more holistic view. Much of the research performed found music to have a positive effect on heart health and the body as a whole. However, not all of these trials and studies have shown success and several discovered that music had an insignificant effect on the physiological measures of the human body such as blood pressure, heart rate and patient recovery from certain cardiac procedures.

These contradictory results should not come as a surprise as the biggest setback in examining the impact music can have on the heart, is quite literally, the music itself. This is largely due to the fact that different kinds of music may impact the heart and body as a whole, differently. Music is also a form of art in itself, which is something that is extremely personal and subjective. There is no blanket formula for studying how music may affect our health, therefore, making this field of study one that is incredibly complex and requires a large number of variables.

With a number of studies and trials conducted lacking sound findings and results in studying the relationship between health and music, a research team from Brazil may have finally found and published some concrete and research-backed findings on the matter. These researchers conducted a study to determine how the heart responds to musical stimulation in patients with well-controlled high blood pressure. They found that as a result of listening to music, the efficacy of anti-hypertension drugs improved, which, in turn, reduced the risk factors associated with high blood pressure and cardiac function. This ultimately means that music may improve how well blood pressure drugs work in the body and maintain the health of the hearts of those taking them.

Simply explained, hypertension, also known as raised or high blood pressure, refers to a disorder wherein the internal pressure of the blood flowing through the blood vessels of the body is persistently raised.

Blood is transported from your heart to all other parts of your body via blood vessels. Every time your heart beats, blood is pumped into these vessels. Blood pressure is a result of the force of your blood pushing up against the walls of the vessels as the heart pumps it. The higher the pressure of this blood is, the more difficult it is for your heart to pump blood to the rest of the body. Prolonged and unmanaged hypertension can result in decreased cardiac functioning, which can lead to a number of heart-related complications such as heart disease.

Now that you have the basic background on what high blood pressure is and a brief history of the study of music and heart health, let’s examine the most recent study in detail…

Following on from the research already conducted on the relationship between music and heart health, an international research team set out to find out if music may be able to boost the efficacy of high blood pressure medication, with music acting as a mediator between anti-hypertension drugs and the heart, helping it to find a healthier natural rhythm.

The research team, led by Professor Vitor Engrácia Valenti, of São Paulo State University in Brazil, investigated the impact that instrumental music had on the blood pressure and heart rate of patients with well-controlled hypertension. Thirty-seven hypertensive patients were evaluated, all of whom were taking medication for hypertension for periods of between six months and a year.

after which, they were given earphones to listen to sixty minutes of instrumental music. The music that was listened to consisted of the instrumental piano versions of popular songs such as Adele’s “Hello” and “Someone Like You”. Other musical stimuli included Enya’s “Watermark” and Chris Tomlin’s “Amazing Grace”. The music was played for the entire duration of one hour at the same intensity for all the participants.

The following day, the participants had to take their prescribed medication once again, however, this time they sat quietly with their earphones off for sixty minutes.

In order for accurate results to be obtained, there were certain aspects of the study that were carefully controlled by the research team. In order for both protocols, namely music and non-music or rather, the control group, to be controlled as much as possible, the collection of data from the participants was executed in the same room for all of the subjects. In addition, the temperature of the room was set to remain between 21 °C and 25 °C, with the relative humidity ranging between 40 and 60 percent.

Participants were also ordered not to ingest any form of a stimulant such as caffeine, alcohol or other substances that may trigger their autonomic nervous systems for at least twenty-four hours before their evaluations. The subjects were required to maintain an empty bladder and only consume a light meal roughly two to three hours before the collection of data. Data collection was performed between the hours of 8 am and 4 pm in order for circadian influences to be standardized.

HRV (heart rate variability) was then calculated from the heart rate monitor recordings that were taken at twenty, forty and sixty-minute intervals after the hypertensive patients had taken their medication. In addition, the team also took heart rate readings ten minutes before their medication was taken orally.

The results of the study

It was found that the effects of anti-hypertensive medication were intensified when the participants listened to instrumental music, thus, the efficacy of the drugs was enhanced as a result of music stimuli.

The researchers went onto to speculate how the mechanisms that may have a role to play in these results correlate to previous research conducted by the team, explaining how classical music is able to activate one’s parasympathetic nervous system and reduce sympathetic activity.

In addition to the activation of the parasympathetic nervous system, Prof. Vitor Engrácia Valenti and his team have hypothesized that music may also trigger gastrointestinal activity, in doing so, this stimulation may allow for the faster absorption of high blood pressure medication.

Through the auditory stimuli of instrumental music, the heart rate autonomic responses to medication were intensified in hypertensive subjects with well-controlled high blood pressure. This means that classical music may be able to improve the effect of anti-hypertensive drugs when correctly associated with the action of this medication, thus reducing the risk factors and complications associated with hypertension (high blood pressure) and cardiac function.

Although this study does certainly prove the effects of music to be somewhat positive for heart health, there is still a great deal of research needed in order for more substantial and solid findings to be reached.

However, what is known is that music has the incredible ability to, when mediated through the right medication, aid in the healing process of certain illnesses and ailments. Proving that music truly is capable of more than we realise.

This study creates a solid foundation for additional scientific research to be conducted on the effect of music in the human body, with the potential of larger, more controlled trials being performed in the future. As more research is conducted and more substantial findings are reached, we can begin to understand the vast depths of music’s effects and how we can possibly use this to our advantage in order to benefit our health. With this thinking in mind, scientists can further explore the mechanisms behind music and health and how it can work together with medications or treatment protocols.