Parents smartphone addiction can be damaging to children 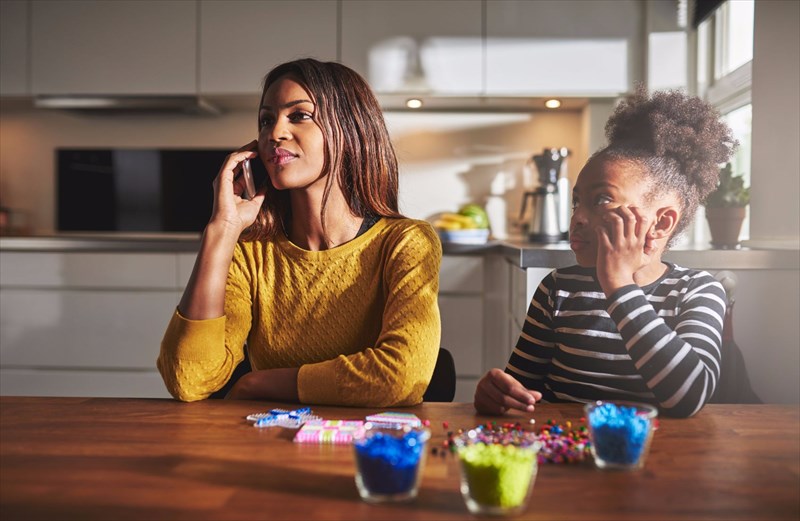 Are smartphones contributing to behavioural issues in children?

A recent study conducted by researchers from the US-based University of Michigan Medical School and Illinois State University, aimed to study the links between the use of digital technology and problematic parenting. The study was a cross-sectional survey.

Many of us experience varying levels of frustration when someone we are trying to interact with checks their phone during the conversation or is distracted by some form of technology, this can often adversely impact our relationship with that person and in turn, lead to the development of some behavioural issues within ourselves. It is therefore plausible that children experience similar emotions.

The research team referred to a person’s need to check their device and being unable to resist the urge to do so or using their device too often as “technoreference” in the parent-child relationship and the effect that this can have on the child’s behaviour.

Therefore, “technoreference” is defined as the everyday interruptions that occur in interpersonal relationships and interactions or the time people spend together due to the use of mobile and digital technology devices.

Keep in mind that a cross-sectional survey study, like the one conducted here, is beneficial when you need information at a certain point in time, however, this information is not able to demonstrate how the outcomes will change over a period of time.

The study looked at heterosexual parents who lived with their spouse or partner in the US and who had a child younger than five years old, with the average child being three years of age.

The cross-sectional survey measured the issues of digital technology and parenting through the use of a three-item self-reported scale, wherein statements were rated by the respondents.  On one end of the scale responses to statements were classified as ‘strongly agree’, with responses on the other end of the scale being ‘strongly disagree’. The statements that were rated by the parents were based on their ability to resist checking new messages, how often they thought about the messages or calls they had received and if they felt as though they used their mobile or digital device too frequently.

Parents were also asked to self-report on how often they used their mobile device on the typical day and how technology usage interrupted the activity or conversation they were engaged in with their child, with reporting scales ranging from zero to more than 20 times a day. This included the use of their mobile phones, televisions, tablets, video games, computers and iPods (music players).

From here, the parents were asked to complete sections of a Child Behavioural Checklist that concerned the behaviour of their child presently or in the previous two months. The checklist included internalising and externalising behavioural issues such as:

The parents were also asked to report on the varying demographic information and their child’s use of media. The impact of stress, depressive symptoms and the quality of co-parenting were also taken into account.

The results concluded that mothers and fathers who took part in the study stated that roughly two devices interfered in interactions between themselves and their child more than once on the typical day. Parents also reported that their use of digital devices was problematic and correlated with time spent with their child being interrupted (technoreference), 32% of the fathers and 40% of the mothers reported this.

Both mothers and fathers reported that the perceived techno-reference between a mother and her child was linked to issues in her child’s behaviour in both internalising and externalising their problems. What is interesting though, is that the perceived technoreference between a father and his child was not reported as being related to any behavioural issues. 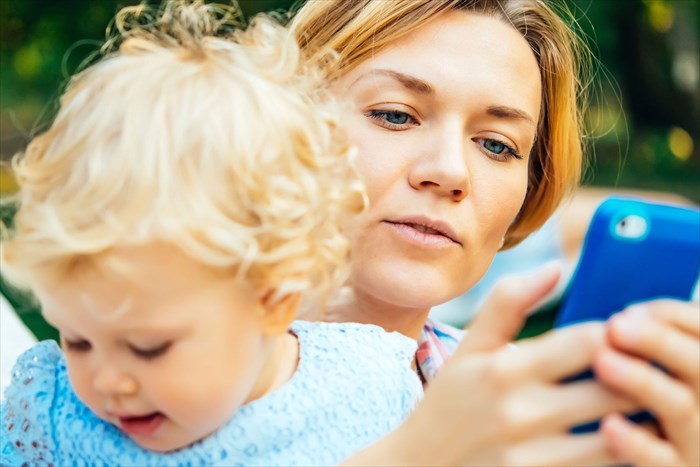 Depression and stress levels, child’s age, use of media and demographics also had an impact on the results.

The results were interpreted with the researchers noting that their study is the first one to show the significant link between the self-perceptions of parents and their use of digital devices and the perceived technoreference in their parenting, as well as the difficulties experienced in their child’s behavioural issues.

To conclude the study, the findings state that roughly half of the parents said that their use of digital technology disrupted their interactions with their child more than three times per day, with the behavioural issues in children being linked to these interruptions. However, this disruption was only seen to have an impact on mothers and their children and not fathers.

The researchers suggested that the reason for this could possibly be due to the fact that the children in the study seemed to spend less time with their fathers than with their mothers, however, the exact reason is still unknown.

Although a child’s behaviour can be based on a number of factors, there is a clear indication that technoreferences between parents and their children can adversely impact the child’s behaviour both internally and externally.