Taking a break from Facebook could help you to destress 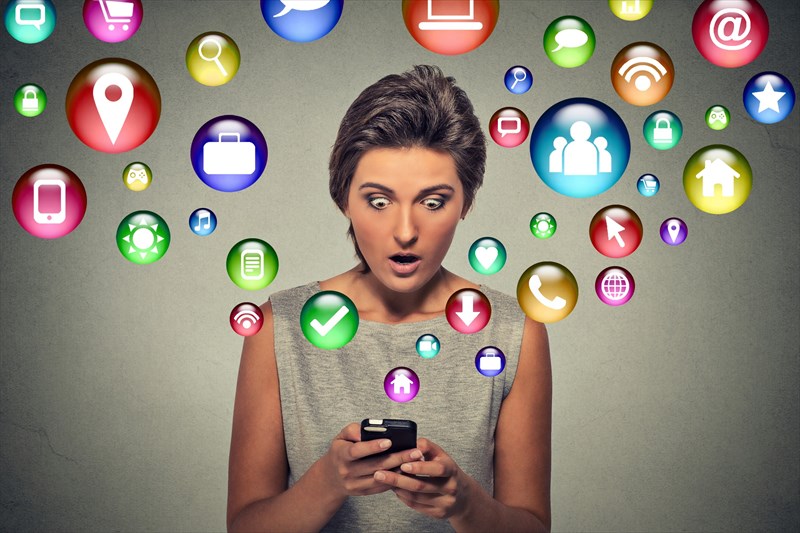 New study suggests a link between stress and Facebook

Facebook has been a hot topic recently with a number of media headlines outlining what is now known as the biggest data leak in the history of the internet, the Cambridge Analytica scandal. In case you don’t know what this is all about and you haven’t paid much attention to the media lately, here’s a quick recap…

In March 2018, The Guardian together with the Observer of London and The New York Times obtained information via document caches from within the data firm Cambridge Analytica, which proved the firm used data that was improperly taken from Facebook in order for voter profiles to be built in the United States and Canada for use in the Trump presidential campaign. A total of 87 million Facebook users had their data leaked to the firm, this information was then used to engineer highly targeted and personalised political marketing campaigns. This led to Facebook recently apologising for such a significant breach of personal information and the brand is currently attempting to make amends for this wrongdoing.

Now that you are up to date with what is currently making headlines, and know that the information you probably thought was private may be used for public and marketing purposes, your view of Facebook may be adversely impacted right about now. If this data leak hasn’t left you questioning whether or not to delete your Facebook account, then this new study1 which examines the relationship between stress and Facebook might at least make you want to take a break from it, even if only temporarily…

The details of the study

We live in an era of social media. We wake up and check our Facebook page for updates, we scroll through Instagram and give a few double taps on content we find pleasing. We are forever tweeting, posting, scrolling, updating, liking and commenting on platforms that have become a part of our daily lives.

Despite the demand to always be ‘connected’ in order to stay up-to-date with friends, family, colleagues and global events, you may have heard of some people choosing to occasionally take breaks from online networks such as Facebook. Those who do often state that it resulted in them feeling some sort of relief from the overload of information available on online social networks. This brings us to some important questions…

Just how much are these social media platforms, Facebook in particular, impacting our stress levels? How harmful can scrolling through social updates and content be for our personal health?

Researchers from the University of Queensland in Australia set out to answer these questions and investigate the influence that quitting Facebook has on the stress levels of users and their subjective well-being.

The researchers took samples of saliva from the study subjects at the beginning of the five day period as well as at the end of this intervention so as to measure the participant’s levels of cortisol. In addition to monitoring salivary cortisol, perceived well-being and stress were also measured both prior to the test period commencement as well as thereafter.

**My Med Memo – Cortisol is is produced by the adrenal glands and is what is referred to as a ‘steroid hormone’. It works in helping your body to respond to stressful situations, regulating blood sugar and fighting off infections. If cortisol levels are high, then this may indicate that the person is suffering from anxiety or stress.  Too much cortisol can adversely impact our immune systems and in turn, lower our immunity to potential infections. It can also result in a predisposition to obesity and impaired memory. Additional effects of long-term exposure to the hormone may lead to impaired cognitive functioning, a decrease in the functioning of the thyroid and an accumulation of fat in the abdominal region which can increase the risk of cardiovascular diseases.

The results of the study

When examining the cortisol levels of the two groups, the research team found that those who refrained from using Facebook had lower levels of cortisol, as well as overall well-being and life satisfaction. This evidence is interesting as it suggests that taking a break from Facebook for just five days will reduce cortisol levels, however, it can also result in a depreciated life satisfaction.

While the participants showed improvement in their physiological stress levels when staying away from Facebook, they reported a lowered sense of well-being. These same participants looked forward to returning to their normal activity on Facebook despite their lowered cortisol levels.

This evidence seemed to contradict that of previous studies, however, it is important to note that the findings were obtained from a short-term study. As such, results may differ over the long-term, as has been proven in other studies which found that the longer people used Facebook, the worse their mood2 and the lower their overall sense of life satisfaction and well-being3 due the amount of time they felt they wasted on social media.

The professor involved in the recent study, Professor Vanman, speculated on what may have led to their team’s unique results. He noted that people in the ‘non-Facebook’ group experienced a decrease in overall wellbeing and felt less content with their lives as a result of social disconnection and feeling separated from their friends on Facebook. The professor went on to say that although this group’s cortisol levels were lower, the participant’s self-reported individual stress ratings did not show any changes, which may be as a result of them not being aware that their physiological stress levels (i.e. cortisol levels) had reduced.

Finally, Prof. Vanman suggested that these findings may be applicable to all online social networks and may not necessarily be unique to Facebook alone.

In conclusion, the research team noted that Facebook provides a large amount of information in the form of news, updates on people’s lives, images, videos and more. This information overload can be taxing for the user, therefore, taking ‘vacations’ from Facebook could result in an improvement in stress levels over the short-term.

2. Research Gate. 2014. Facebook’s emotional consequences: Why Facebook causes a decrease in mood and why people still use it. Available: https://www.researchgate.net/publication/261563413_Facebook's_emotional_consequences_Why_Facebook_causes_a_decrease_in_mood_and_why_people_still_use_it [Accessed 12.04.2018]