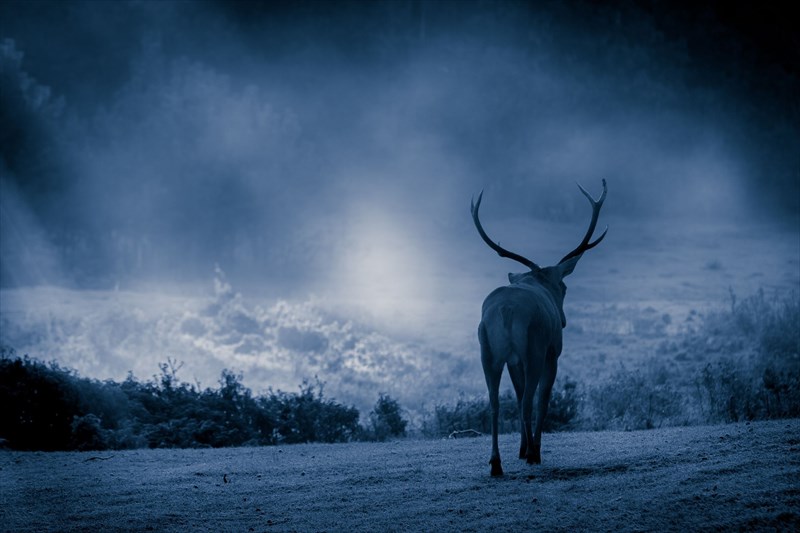 The internet is abuzz with news on what is being referred to as ‘Zombie deer disease’ with many sites warning that ‘the Centers for Disease Control and Prevention (CDC) has issued new warnings to hunters’ and that the disease could ‘spread to humans next’.

What is this mysterious disease and more importantly, is there any truth to the headlines that it may pose a threat to humans? MyMed.com investigates…

What is 'zombie deer disease'?

First off, there are no zombie deer, which by implication of the name, would involve dead deer coming back to life and consuming living things. Instead, 'zombie deer disease' is the name that has been given to a condition known as Chronic Wasting Disease (CWD), a contagious, neurodegenerative prion disease that affects cervids (members of the deer family including elk, deer, moose, reindeer and sika deer)1.

Prions are formed from proteins present in healthy cells within the brain. Prion disease occurs when these proteins misfold and take on irregular shapes (i.e. become prions). Prions then multiply, and as they accumulate, these toxic proteins begin to cause the brain to malfunction. As they spread, irreversible neurological (brain and nerve cell) damage occurs2.

Other prion diseases which you may be familiar with, even if it’s in name only, are Mad Cow Disease, medically referred to as bovine spongiform encephalopathy (BSE) and variant Creutzfeldt-Jakob disease when it occurs in humans.

Chronic Wasting Disease, which affects deer of all ages, causes dramatic weight loss (medically referred to as wasting), fatigue, and symptoms indicative of neurological (nerve and brain) degeneration such as lack of co-ordination, stumbling, excessive drooling, drooping ears, a lack of fear and/or aggressive behaviour. The symptoms are potentially what gives the deer a zombie-like appearance and these may take between 18 to 24 months to show up after the animal is first infected.

The disease is fatal with no vaccine, treatment or cure available3. 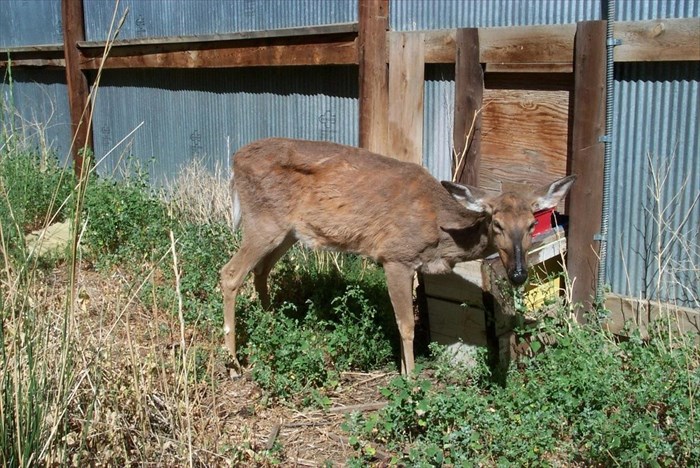 It’s not a new disease

While you may not have seen media headlines about the disease in the past, it’s nothing new and was first discovered at a research facility in Colorado in the 1960s. It was later identified in wild deer populations in the early 1980s, with reported cases increasing over the decades that followed.

Currently the CDC reports that CWD affects animals in at least 24 U.S. States including those in the Midwest, Southwest and some areas of the East Coast. While the nationwide occurrences are reportedly relatively low, some areas are experiencing high infection rates of around 10% and captive herd rates are believed to be considerably higher.

Other cases of the disease have been identified in Canada, Norway, Finland and a small number of imported cases in South Korea in the past.

Experts believe that Chronic Wasting Disease is spread from one deer to another via direct contact with bodily fluids (saliva, blood, urine, faeces) and indirectly through contaminated water, food and soil. The disease is highly contagious and spreads rapidly. Prions (the malformed proteins responsible for the development of the disease) remain viable within the environment even after an infected animal has died, increasing the risk of transmission.

Some experimental findings have revealed that the prions responsible for CWD in deer can infect squirrel monkeys and lab mice, which does give rise to concern that the disease may be spread to other animal populations.

Two studies into whether the disease could be passed to macaques (monkeys with similar genes to humans) and by virtue of that possibility, potentially humans, have produced conflicting findings. The first published study showed a lack of transmission of the disease to macaques4. The second, which is still ongoing and whose findings have not yet been published but have been presented, showed that transmission occurred in macaques that were fed meat (both muscle and brain tissue) from CWD infected deer. It was also established that transmission was possible when meat from asymptomatic deer (i.e. those that did not show any symptoms but were confirmed as having the disease) was consumed. Infection also occurred in monkeys that had the infectious material introduced to their own brains5.

The reason for the discrepancies in the two studies findings is unknown. Further studies are underway to identify if CWD could potentially be transmitted to humans. However, due to the long incubation periods characteristic of the disease and the time it takes for symptoms to become evident, it may take years for any conclusive evidence to be produced.

To date, no strong evidence exists to indicate that CWD has occurred in people and, at this time, it is unknown whether it is possible for humans to be infected with CWD prions. So, while there may be legitimate concern that CWD could potentially pose a risk to humans, for the foreseeable future there is no concrete proof either way. As such, it is advisable to exercise caution and prevent exposure.

There is no ‘new CDC warning’, just preventative measure advice for hunters and herd owners

A thorough search of the CDC site reveals no new warnings about the disease, the headlines indicating this seem to click bait. However, the organisation’s informational pages, which have been up for a number of years and were last reviewed in October 2018 do caution hunters:

Herd owners are advised to participate in the national CWD herd program and have their herds voluntarily tested in order to prevent the spread of CWD.

If you reside in parts of the world where CWD is a reality for the deer family, there is no need for panic over the ‘zombie deer apocalypse’.  Simply exercise caution and avoid handling and eating deer meat as far as possible (or have it tested before you do) and if this is not possible, follow the indicated steps to ensure your continue health and safety.