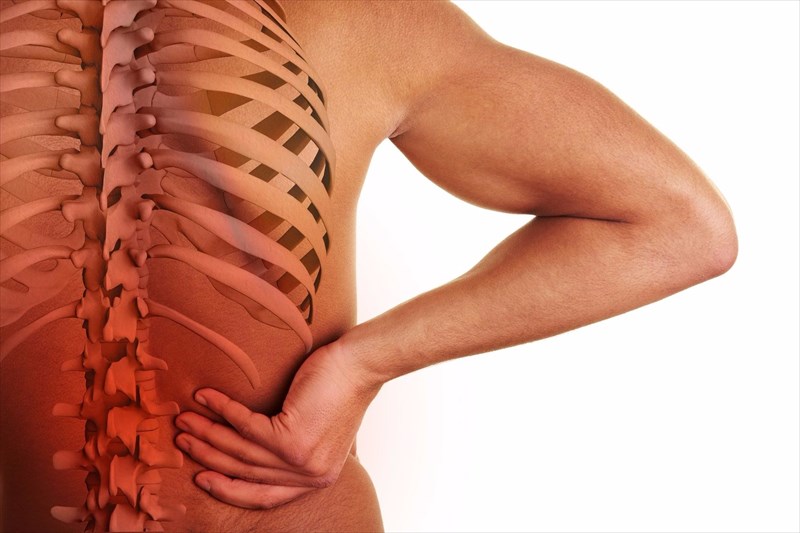 Is it possible to get a hernia after having a C-section to deliver my baby?

A C-section, also known as a caesarean, is a birth delivery option which involves making an incision in a woman’s abdomen and uterus in order to retrieve a baby ready to be born. The development of a hernia as a result is a possible complication, although not all that common.

Studies have noted that women who have a midline incision (a cut that runs vertically / up and down the abdomen) may be more susceptible to developing an incisional hernia. Hernias do not appear to be as common among women who have transverse (horizontal / side to side) incisions. An incisional hernia will likely develop within the first year following the procedure to deliver a baby.

Common symptoms and signs of this following a caesarean delivery include an abdominal bulge in the area where the incision was made (at or close to the site of the scar) and loose skin around the abdomen which may become dimpled or dented. Other signs include pain and discomfort which continues beyond the normal recovery period after the surgery (C-section), constipation, nausea and vomiting.

Hernias that do develop can happen within a few months and up to a year post birth. A woman may notice a hernia more when she is standing upright, involved in some form of physical activity, coughing or trying to lift objects above her head.

A hernia is often noticeable (visible with the naked eye), but sometimes is diagnosed when a doctor is checking for other conditions which also cause similar stomach and digestive issues. These include a possible abscess, uterine rupture, wound infection, haematoma, or abdominal wall endometriosis. Tests may involve an ultrasound or CT scan to make a diagnosis. Imaging tests will pick up any obstructions, such as that of a hernia.

An incisional hernia will generally be treated with surgical repair. Symptoms typically need to be in advanced stages for surgery to be considered – the hernia is large in size and causing severe pain or discomfort, or is incarcerated and restricting blood flow.

Medications aren’t likely to be prescribed as a hernia can’t be shrunk or reduced in size. Surgery is typically the most effective way to treat it. Few repair procedures result in a recurring hernia. This is especially true for women not wishing to have another baby. If a woman wishes to conceive and carry a baby again, and her symptoms aren’t too severe, a doctor may postpone surgery as there is a risk of recurrence with another pregnancy and delivery.

What is the difference between a direct and indirect hernia?

Of the various types of hernias, inguinal hernias are the most commonly diagnosed. These types are often labelled as ‘direct’ or ‘indirect’.

Both can result in a visible bulge (when standing upright or straining) on either side of a person’s groin (pelvic area). Enlargement of this hernia usually causes pain which alerts a person to seek medical assistance. A baby will respond to pain by crying.

In the case of a direct hernia, muscle tissue which weakens can happen over a period of time. Unnecessary strain or pressure can result in tearing. An indirect hernia does not necessarily occur as a result of weakened or torn tissue. Instead the inguinal ring (an area of abdominal muscle tissue) fails to close-up before birth (while still in the womb).

The ring allows a boy’s testicles to drop into the scrotum before closing (soon after birth). For both male and female babies, if the ring remains open, the risk is higher for the occurrence of a hernia.

Diagnosis and treatment will involve a physical exam and sometimes testing to confirm the development of a hernia and the best course of treatment. 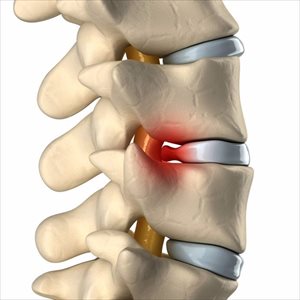 What is a herniated disk?

A herniated disk is also commonly referred to as a ‘slipped disk” or ‘ruptured disk’ and typically occurs in the lumbar spine (lower back area) or cervical spine (neck area). A disk is essentially a rubbery cushion (with a soft centre) situated between the vertebrae (individual bones) that make up the spine. The soft, jelly-like centre can sometimes become forced through a tear in the disk exterior, which is tougher or harder in consistency.

Signs and symptoms of a herniated disk are sensations of numbness, tingling or weakness experienced in a person’s arm or leg (typically if the herniated disk has occurred in the lower back area), and also a degree of pain (sometimes in the shoulders, buttocks, thighs and calves) due to damage caused to nearby nerves in the body. Pain may be described as ‘shooting’, especially when a person coughs or sneezes. A person may also describe their pain as ‘moving’ as they themselves move into different positions (standing, sitting, lying down).

A herniated disk often occurs along with gradual age-related disk regeneration (natural wear and tear). As we age, our spinal disks naturally lose a little of their water content, making them more flexible and thus more susceptible to tears or ruptures (even with minor bodily strains or twists).

A doctor will diagnose a herniated disk via a physical exam (checking for muscle strength, walking ability, reflexes and a person’s ability to feel sensations as a result of touch, pinpricks and other types of vibration). Tests may be recommended and include CT scans, MRI, X-rays, myelogram (shows the condition of the spinal cord and nerves) or an electromyogram (measuring how electrical impulses are moving along the body’s muscle tissues).

Treatment may involve prescribed medications, physical therapy or surgery. Sometimes alternative methods may be recommended in the way of acupuncture, massage, yoga and chiropractic methods which can all help alleviate symptoms of pain and discomfort.

PREVIOUS Risk factors and complications associated with hernia
Back to top
Find this interesting? Share it!