What is considered a normal blood sugar level? 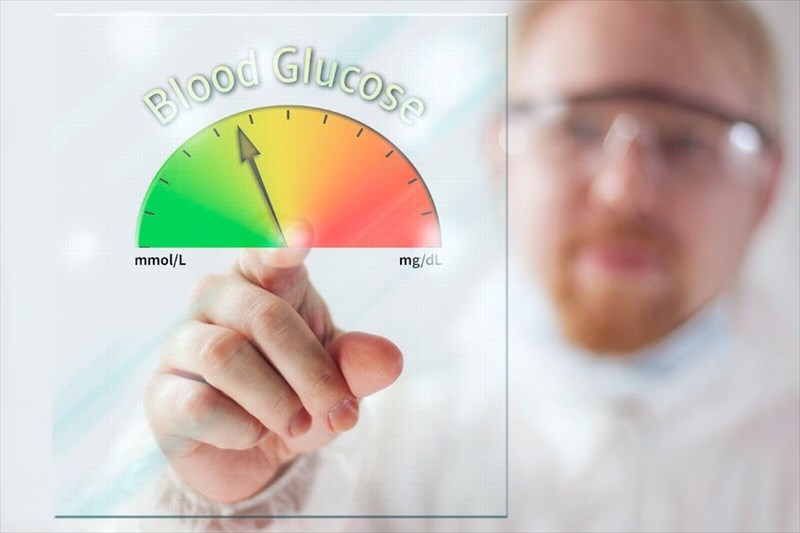 The normal blood sugar (glucose) level for a healthy adult (without diabetes) should be less than 126 mg/dL (milligrams per deciliter) or 6 mmol/L (millimole per litre) before fasting and meals, and below 200mg/dL (or 11 mmol/L) two hours after meals.

If you are diabetic, then you should consult with your doctor in order for appropriate blood sugar level targets to be set based on the severity of your condition, medications taken and overall health status.

The below information describes what normal blood sugar levels are prior to and after meals and what the recommended HbA1c levels are for those with and without diabetes.

A HbA1c test determines your average level of blood glucose over the past two to three months. Red blood cells have a lifespan of roughly three months, and a HbA1c blood test measures the amount of glucose that has bound to them during this period.

A blood test to determine Haemoglobin A1c levels is often performed in those who have diabetes. These levels are a reflection of how well diabetes is being controlled.

Two hours after a meal

**My Med Memo – The measurement ‘mmol’ is the abbreviation for millimole. 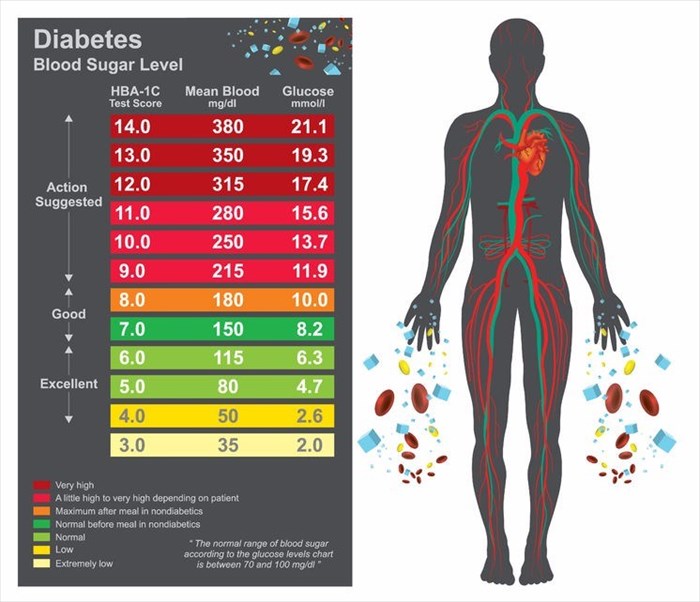 What is high blood sugar (hyperglycaemia)?

If your blood sugar levels are chronically higher than normal, then this is referred to as hyperglycaemia. This is a common issue for those suffering from diabetes. The condition can also affect pregnant women who have gestational diabetes and occasionally those who are severely ill (i.e. have suffered a stroke, heart attack or severe infection).

Some of the symptoms of hyperglycaemia include:

If severe hyperglycaemia is left untreated the condition can lead to organ and tissue damage as the excess glucose present in the body can make it difficult for the organs and cells to function correctly. The disorder can also impair the immune system response in the healing of wounds and cuts.

Other severe symptoms of hyperglycaemia include:

Mild hyperglycaemia, depending on the cause, will not typically require medical treatment. Most people with this condition can lower their blood sugar levels sufficiently through dietary and lifestyle changes.

What is low blood sugar (hypoglycaemia)?

Hypoglycaemia is a condition wherein blood sugar levels are too low. This condition affects a number of diabetic people when their bodies do not have enough glucose to use as energy. Hypoglycaemia is commonly the result of taking too much of the medication/s prescribed to treat diabetes, eating less than expected, exercising more than normal or skipping meals.

Some of the symptoms of hypoglycaemia include:

The key to treating low blood sugar is to eat something rich in carbohydrates such as a granola bar, fruit, fruit juice or cookies if you begin to show any of the above-mentioned symptoms. Those who have low blood sugar are often aware of this and will tend to carry something to eat on them in case of a hyperglycaemic episode.