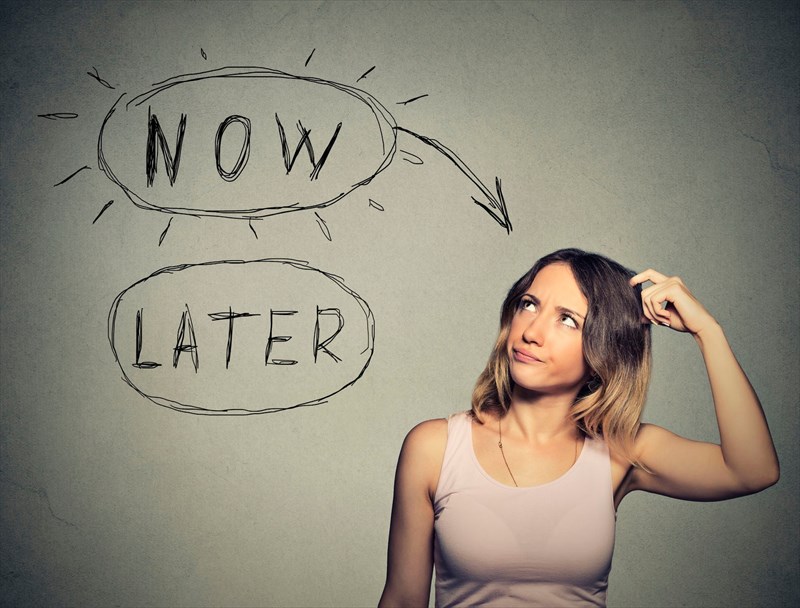 Inflated hopes and confidence levels are just one aspect of the problem. Another is what is referred to as ‘affective forecasting’. Human beings by nature love the thrill that comes with selective behaviour. Just making the decision to work towards a goal provides a satisfying level of instant gratification. A sense of accomplishment comes with making a decision. The logical expectation which follows is that, that same ‘feel-good’ moment will follow through into the future once the goal is achieved.

The problem? The focus here is on the outcome, not the process. The process will influence your behaviour far more. It is here where obstacles, boredom and even procrastination creep in, throwing you off.

Creatures of habit, we sometimes fail to factor in how much willpower it may take to change up our routines in order to accomplish a set goal. Simply put, connections of neurons in the brain contribute to habit forming actions which are beneficial to us during a period of time. The more often we perform certain habitual behaviours, the stronger these neuronal connections become. Habits thus become automatic actions or even thoughts.

Brain structures located on either side of the thalamus are what is known as the limbic system (or paleomammalian cortex). This system supports several integral functions, like emotion, long-term memory, motivation, and behaviour – ideal for automatic actions and thoughts. The decision-making centre of the brain takes place in the prefrontal cortex, located in the front of the frontal lobe. It is here where planning behaviours (and a variety of others) contribute to the development of our personalities. It is also here that a face-off may happen – planning behaviours may come up against basic or instinctive habits, and can easily fall short if the habit is stronger.

One way to intervene is to practice mindfulness. Chances are, if it’s not your habit to exercise more often, you’re not likely going to feel any more excited about the actual process of getting started either. Mindfulness may help you to detach the associated emotion from the actual task. In this way, you can ‘just get on with it’ without having to deal with the associated emotion (which may not be positive) before being able to get into the rhythm of the process.

Such an approach will take some time (and possibly patience). Habits can take some time to break, and practicing mindfulness may require a little effort to get the hang of too. This is where we get back to the sound advice of ‘one step at a time’. One goal, one step at a time. Instead of thinking about your goal in an abstract manner, break it down into tasks and actions. Once you do this, the goal begins to take shape in a more realistic way. When realistic, it becomes more achievable. When achievable, accomplishment is well within reach, and the light at the end of the tunnel, more visible. Mindfulness is the set of reins with which you have the power to steer yourself.

Another hindrance is procrastination, which can come about as a result of a disconnect between who you feel you are now versus who you can become. When riding the wave of instant gratification, the future self may feel quite a distance away. But actually, the future is not really as far away from our present selves as we so often perceive it to be. A marketing professor at UCLA’s (University of California, Los Angeles) School of Management, Hal Hershfield, looked into the brain function that takes place when we compare our present selves with that of our future selves. (2)

His assessment included the use of fMRI scans (functional magnetic resonance imaging), which measures activity in the brain by detecting changes based on blood flow. His research found that thoughts about our present selves occur in a different area of the brain than those about our future selves. The area of the brain where information about our future selves is processed appears to occur in the same area where we associate thoughts about strangers. In simple terms, this research surmises that we actually think of our future selves as strangers, like detached beings (i.e. not entirely the same person).

If you can recognise these behavioural influences, it’s important to be mindful of deliberately thinking of your future self as a direct extension of your present self. In the moment of making decisive goals, this line of thinking can deter procrastination behaviours wherein you may feel about as inclined to take action for yourself as you would a perfect stranger (i.e. not much at all or with less committed), and encourage more motivating ones wherein you realise that you are performing the action for yourself.

2. Annals of the New York Academy of Sciences. Issue: Decision Making Over the Life Span. 2011.  Future self-continuity: how conceptions of the future self transform intertemporal choice: http://www.anderson.ucla.edu/faculty/hal.hershfield/resources/Research/Annals-of-the-New-York-Academy-of-Sciences-2011-Hershfield.pdf [Accessed 13.12.2017]

PREVIOUS False hope syndrome
NEXT Make those resolutions happen
Back to top
Find this interesting? Share it!