Could cancer cells now be medically detected within seconds? 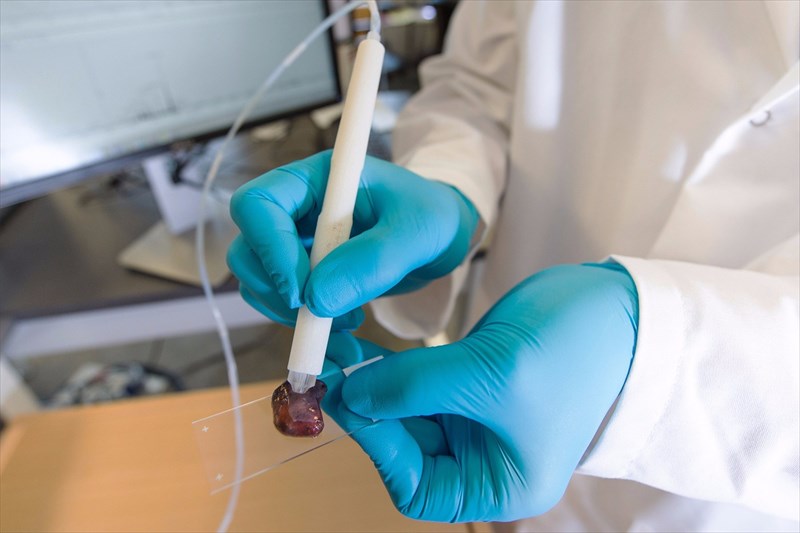 A cure for cancer has long been something mankind, and medical scientists especially, have been wanting to establish. But what about detection techniques?

Although a cure may not quite be imminent, better diagnosis and treatment measures are also on the to-do list of experts, and now there may just be some light on that front – with the use of a real-time handheld device made for surgery.

The invention: The MasSpec Pen

Imagine being able to accurately identify cancerous tissue during surgery within as little as 10 seconds?

A team of engineers and scientific professionals at The University of Texas, in Austin, USA seemingly did and have recently claimed to have invented a powerful handheld tool (much like a probe) that can detect cancer (malignant tissues) at least 150 times faster than current technology. This is promising news for both medical professionals and cancer patients alike.

The tool developed by the team, currently only in experimental testing phases, has been named the MasSpec Pen. This powerful tool is aimed at helping medical doctors with accurately detecting cancerous tissue and in so doing, improving treatment implementation in such a way that reducing chances of disease recurrence is more possible.

The MasSpec Pen is designed as a handheld tool that aids in providing highly accurate (or more precise) diagnostic information during a surgical procedure as malignant tissue is cut or removed.

The research team is an interdisciplinary one in the fields of medicine, engineering and chemistry. The team of professors and their lab assistants, led by assistant professor of chemistry at UT Austin, Livia Schiavinato Eberlin, published research findings in the Science Translational Medicine journal (6th edition) which already look very promising.

For many cancer patients who undergo surgical procedures, this tool is offering a new way to ensure that all cancerous tissue is removed during the treatment process, leaving little to none behind. For those suffering any form of the disease, the first question asked during the initial days of recovery after surgery is almost always – “Has all of the cancer been removed?”

This is not always possible, but in many instances, new technology such as this can help to vastly improve a surgeon’s ability to remove virtually all traces of cancerous tissues during surgical procedures, as well as better determine when to cease cutting so as to save as much healthy tissue as possible. 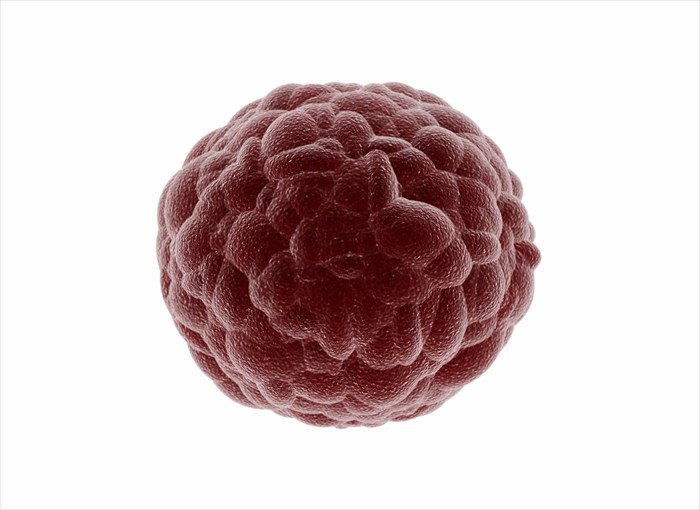 Why is the MasSpec Pen such promising news?

Frozen Section Analysis is one of the most current methods of diagnosing cancers, as well as identifying the difference between malignant and healthy tissues during surgical procedures. Although dubbed as ‘state-of-the-art’ this method is somewhat of a slow process and can sometimes be inaccurate (in between 10 and 20% of cases).

A sample of tissue can take upwards of 30 minutes to prepare and send for biopsy (i.e. examination under a microscope) by a pathologist during an active surgery. In the meantime, a patient’s risk of infection or adverse effects while under anaesthetic during surgery increases. In some cases, results may only be returned several days after a surgery has taken place, which may prompt the need for further operations to remove any remaining tissue. Interpretation of tissues is tricky business and can be difficult for certain kinds of cancers. In such cases, results may be somewhat unreliable due to inaccuracies.

For a patient, this certainly reduces the chance that some cancer remains post-op, and dramatically so. Results are real-time and the information the tool provides can improve accuracy during surgical treatment, for the benefit of all involved. 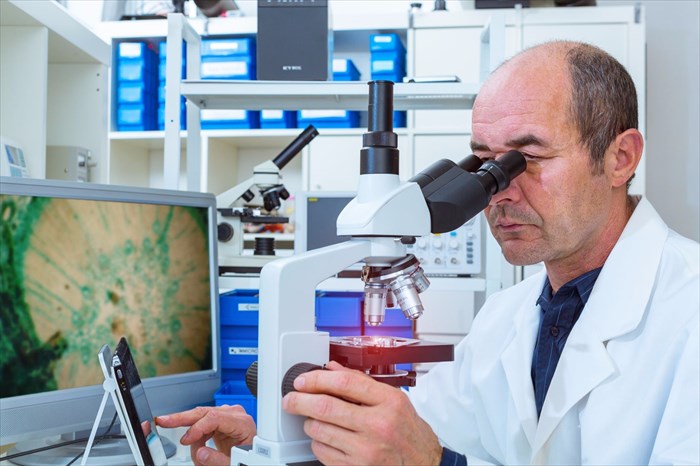 How does the pen currently work?

Living cells in the body, whether healthy or diseased, produce metabolites (small molecules), which perform an array of functions, such as generating energy, enabling growth, removing toxins or reproducing.

Every type of cancer has a unique set of these molecules, as well as other biomarkers which effectively function like fingerprints. Cancer cells grow in a manner that is out of control and are known to display a dysregulated metabolism.

The research team used this information to extract and analyse both cancer metabolites and normal, healthy tissue cells in order to obtain a molecular fingerprint of the tissues. Through this chemical process, the MasSpec Pen is then able to ‘diagnose’ this molecular information, along with instantaneous evaluation data software (known as a statistical classifier), in a way that does not impact healthy tissue cells in an adverse manner.

An analysis automatically displays the words, ‘normal’ or ‘cancer’ on an accompanying screen. In development are the names of cancer types and their subtypes too, such as ‘lung cancer’.

The device is designed for ease-of-use by a surgeon during a surgical procedure and can be managed well. It simply requires holding the pen (with a plastic tip) against tissue, and triggering the automated analysis with the use of a foot pedal. A drop of water is released from the pen (once the pedal is pressed) onto the tissue which remains intact when coming in contact with the device and the water.

Small tissue molecules are then absorbed into the drop of water and the pen device stimulates the water sample by pulling the molecules into the device and driving them into what is called a mass spectrometer, which calculates their mass. Thousands of molecules are then analysed against the growing database in order to determine the fingerprint (cancerous or not) – all of which happens in under 10 seconds and has virtually no impact at all on the patient. 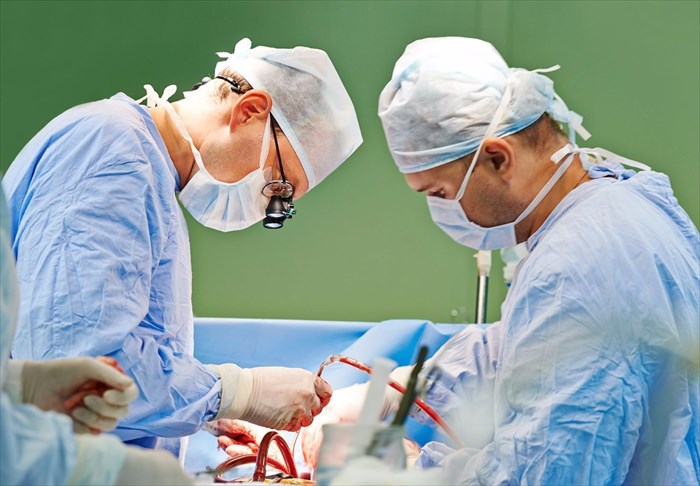 What has the research team found using the MasSpec Pen?

The University team has conducted some preliminary laboratory testing by removing tissues from a total of 253 human lung, breast, thyroid and ovarian cancer patients. In each instance, the device provided a diagnosis (cancerous or benign tissue) within 10 seconds. Further testing found that a total of 96% of the tissue samples ‘diagnosed’ by the device were indeed accurate.

The team has also successfully demonstrated accurate diagnostic cancer tissues in live, tumour-bearing mice during surgical procedures. Tissue damage and stress to the animal was not observed during these procedures.

It was also found that the device could detect malignant tissue in marginal regions where mixed cellular compositions (between healthy / normal and malignant tissue areas) can sometimes make for difficult identification with current technologies.

With such a high percentage of accuracy, there is surely reason for specialists and surgeons alike to get excited. For those in the medical profession, and especially those who specialise in diseases like cancer, the ability to offer a patient surgical treatment that is more precise, quicker and safer with far less chance for adverse results or problems is key and may just be an attainable goal thanks to the development of this tool. To have a newly developed technology in the works which allows specialists to achieve all three objectives can certainly better serve both treating medical professionals and patients alike.

For a surgeon, this technology may just be a tad ‘mightier than the scalpel’ offering the opportunity to be more precise with identifying tissues for removal and those that are healthy enough to leave behind. For a patient, there is potentially a far better chance that close to all malignant tissues can successfully be removed, answering that nerve-wrecking question; “Is it all gone?”

At present removal of cancerous tissue is critical for improving a patient’s chances of survival. During surgery, current techniques can result in the removal of healthy tissues (thin layers of surrounding normal tissue cells), as well as malignant ones. Removal of healthy tissues, and especially too much of these, can have a variety of negative consequences for a patient, such as nerve damage or painful side-effects post-op. In breast cancer patients, for instance, there are additional aesthetic impacts following surgery. For a thyroid cancer patient, regulation of calcium levels, muscle and nerve function or speech ability may be impacted in the process of removing tissues during surgery.

With improved, real-time accuracy surgeons have better control over both malignant and healthy tissues, which may normally end up removed, ensuring that virtually no cancerous cells remain in the body once the surgery is complete. Thus, surgeons may just be able to virtually eradicate the possibility of cancer recurrence (cancerous cells which remain can eventually form another malignant tumour).

So far, funding for research has been provided by the University of Texas via fund start-ups to Livia Schiavinato Eberlin, the National Cancer Institute of the National Institutes of Health and Cancer Prevention Research Institute of Texas.

Much research is yet to be done, but this tool certainly has the potential to be used in clinical settings with positive effects. Other techniques are also currently being researched (i.e. are in development), which also provide considerable promise for those in the medical field. Part of the necessary research to be done is to ensure than the pen can be placed on multiple spots on a single tissue sample, without causing harm (thus enabling pathologists to still analyse tissue with standard techniques), with high accuracy.

The team of experts now has plans to take their research findings up a notch and use the device’s technology during actual oncologic surgeries next year (2018). Testing will begin with breast cancer patients during early 2018.

Patent applications for this newly developed technology have already been filed in the USA. The team also aims to secure patents worldwide.