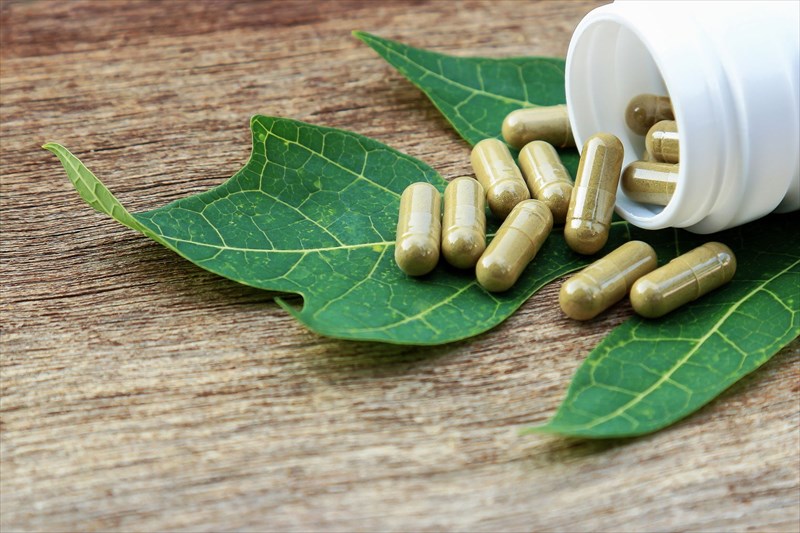 How often do you take a herbal supplement along with prescribed medication without thinking twice? After all, herbal concoctions are generally perceived as natural, harmless and safe ways to supplement your health. New research, however, paints an entirely different picture and the findings have made front page headlines in various media and professional publications across the globe.

What is the basis of the research?

Prompted by the increasingly widespread use of herbal medications in combination with prescription drugs, South African researchers have recently reviewed numerous instances of possible interactions associated with these practices.

Their findings have revealed a variety of potentially life-threatening dangers when these two vastly different forms of treatment are combined and used simultaneously.

A detailed analysis of the research

The study was conducted by researchers from the South African Medical Research Council and Stellenbosch University. The type of research performed was a systematic review of a number of case reports, as well as observational studies that contained descriptions of interactions between conventional drugs and herbal medications, also known as herb-drug interaction or HDI.

**My Med Memo – A systematic review is a form of research that collects and analyses a variety of primary research available in order to answer a specifically formulated question. A systematic review is also sometimes referred to as secondary research as it is effectively research on research that has been conducted. Systematic reviews are an effective way of obtaining an overview or summary of research on a specific topic. However, the overall quality of these forms of reviews will largely depend on the structure and strength of the included studies. Case reports are not always the most reliable forms of evidence when it comes to scientific reviews as they may be isolated cases and do not provide a basis for generalisation, have certain biases toward verification and are often difficult to summarise. Nevertheless, the findings can be used to formulate future research hypotheses which can be built and tested with other more reliable methods.

As part of the study, the South African researchers analysed all published evidence pertaining to herb and drug interactions, this included evidence from single-case reports, as well as observational studies dated between 2001 and 2017.

The team used two scoring systems when analysing the evidence presented in 49 case reports, examining the probability of the cause of the reported issue being linked to herb-drug interactions (HDI) and also assessed the possible mechanisms that may have led to the occurrence of the problems reported (i.e. the pharmacological properties of the various active ingredients found in the medications used). Finally, the researchers evaluated the case reports in order to ascertain whether they showed a ‘very probable’, ‘probable’, ‘possible’ or ‘doubtful’ interaction between the drugs administered. The results from two observational studies were also included.

The researchers found that of the 49 case reports involving herb-drug interactions, four of these were deemed as ‘highly probable’, 25 were ‘probable’, 18 were ‘possible’ and two were ‘doubtful’.

The drugs that were affected as a result of interactions with herbal remedies included the following:

Some of the herbal remedies that adversely interacted with the above-mentioned drugs included: (**Please note that the health effects of the below-mentioned herbal supplements are significantly lacking, however, their most common uses are listed below):

Cardiovascular disease was the most commonly identified illness amongst the patients who were reported to have experienced an adverse herb-drug interaction. Patients with cardiovascular diseases most commonly experienced interactions affecting statins or warfarin. The herbs interacting with these drugs included flaxseed, sage, cranberry, chamomile, green tea, goji juice and St John’s wort.

The other patients that showed evidence of herb-drug interactions were being treated for a variety of health conditions including cancer, anxiety disorders, depression, schizophrenia and seizures or who had undergone kidney transplants.
One report analysed the death of a 55-year-old man after a ginkgo biloba herbal supplement (which he was taking to supposedly boost his cognitive function) interfered with the ability of his prescribed medications (Valproic acid and phenytoin) to stop the occurrence of seizures, this resulted in the man drowning after suffering from a seizure whilst swimming.

A number of patients included in the reviewed case reports took a combination of herbal supplements at the same time as consuming prescription/conventional drugs, this made it difficult for researchers to pinpoint the exact herb which may have interfered with which pharmaceutical drug.

The research team noted that only a few cases of potential herb-drug interactions have been documented despite the adverse and sometimes fatal consequences experienced as a result of such drug interactions.

These findings have led to a call for additional research to be conducted in order for more concise findings to be reached in terms of how herbs interact with medications so as to inform the various drug and pharmaceutical companies about the necessity to update the information found on the inserts of drug packaging.

What was the conclusion of the study?

The team concluded that the public has been led to believe that herbal remedies are a safe form of treatment and with this thinking, they do not feel the need to inform medical professionals of the herbal supplements they may be taking when receiving a prescription for medication. However, all forms of medication, whether they are conventional or herbal, have a number of side effects, and some more so than others.

Herbal medications are likely to affect how well prescription drugs work. One example of this interaction includes St John’s wort which can be dangerous when combined with antidepressants. This herbal drug may also prevent the efficacy of the contraceptive pill.

The study shows that even commonly found herbs and spices such as chamomile tea andturmeric may result in a number of health problems when used in combination with immunosuppressant pharmaceutical medications such as azathioprine, tacrolimus and cyclosporine. In light of these findings, it is vital that you inform your doctor of any herbal drugs you are taking as he or she will be able to advise on whether these may interact adversely with any prescription drugs you are taking or aggravate your current condition.