Feeling burned out? It's a legitimate workplace phenomenon 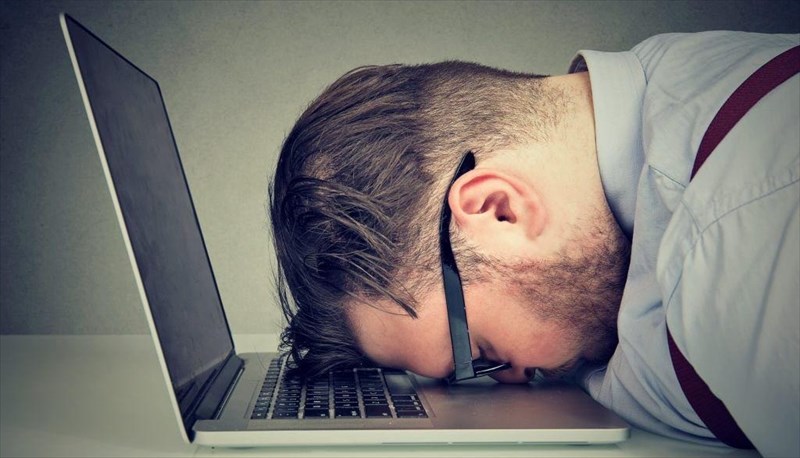 Modern work life is, for the majority of the population fast-paced and stressful. Work hours are long, we’re always ‘connected’, even when we’re away from the office. Seeing hundreds of mails streaming in during the middle of the night when everyone is ‘supposed to be sleeping’ is a surefire way to induce stress and anxiety in even the most mentally stable of people.

Add to this the fact that many are called upon to do whatever it takes to get the job done, often with little or no support but with the expectation of collaboration, all while playing ‘Office Survivor’ and navigating the politics that goes with that, it’s little wonder that increasing numbers of people feel stressed and hopeless at work.

This collection of these types of daily stressors continues for weeks, months and even years until one day, affected individuals feel as though they just cannot go on due to often professionally debilitating symptoms.

The term ‘burnout’ has long been used to describe these symptoms, yet, until this week, the existing medical definition of this phenomenon was so narrow, that it was not considered a legitimate reason for seeking healthcare.

This meant that such an observation meant that it was often met with speculative eye rolls and dismissed, with the expectation that affected individuals ‘suck it up’ and get on with it, because, after all, everyone is in the same boat… right? 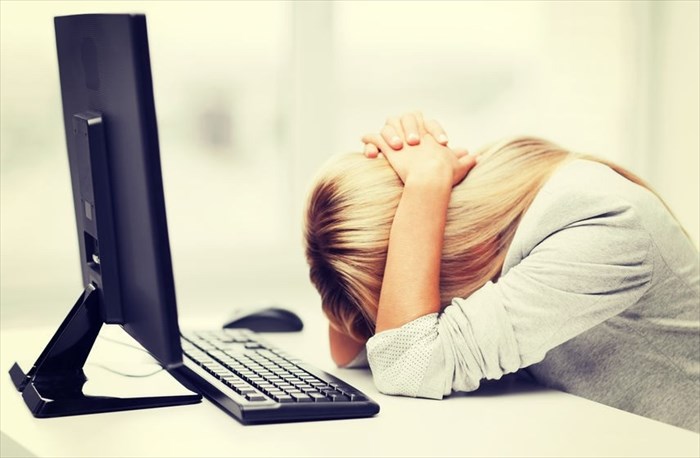 Burnout is considered to be a syndrome that is characterised by specific physical symptoms and emotional conditions induced by chronic workplace stress, that ultimately affect job performance1.

‘Burnout syndrome’ was first described in 1974 in two scientific articles, one authored by psychologist Herbert Freudenberger and the other by Sigmund Ginsburg. The term ‘burnout’ was popularised by Freudenberger in subsequent publications and as such, he was considered the founding father of the concept even though he did not invent the term2.

Even as early as 1974, the term Freudenberger linked the term to the workplace, describing being burned out as ‘becoming exhausted by making excessive demands on energy, strength or resources’.

He linked it to physical symptoms such as:

He noted behavioural symptoms as including:

Interestingly he also made mention of personality traits that led to burnout, nothing that ‘the dedicated and the committed’ were more likely to experience this phenomenon. 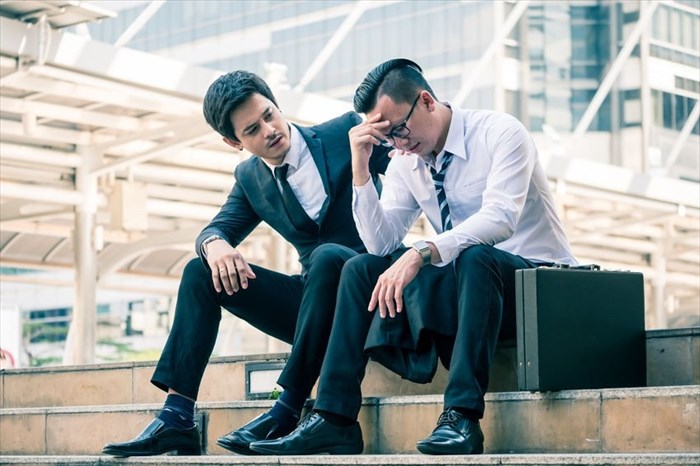 High stress jobs do not always automatically equate to burnout, especially if stress is managed effectively. However, those in certain occupations are at higher risk and a number of factors contribute to the development of burnout in these individuals.

Experts believe that white-collar workers are most at risk as they are constantly faced with burnout-inducing factors such as:

With an increase in the shift towards service and information-centred careers, near-constant collaboration is often required. This, in the context of complex business environments and the fact that technology increases ease of access to work even after hours, often leads to collaboration overload. While the constant interaction is often not the direct source of burnout, the costs in terms of work interruption and time fragmentation are.

Many also believe that if they admit to feeling chronically stressed by the way in which is conducted, they will seem unprofessional, and so this creates a vicious cycle where this way of working becomes ‘the norm’ and stress becomes a ‘culture’.

Yet, despite Freudenberger’s description of the condition, the identification of these risk factors and the fact that has been studied and identified in a variety of ‘helper’ occupations such as medical professionals, social workers, teachers as well as in those working in the financial sector in the decades that followed, it has remained a source of heated debate in medical and scientific circles.  As such, it has never been classified as a distinct, diagnosable medical or psychiatric disorder2.

This lack of clarity and consensus, has not, however, affected the fact that it is still widely noted in modern society and increasingly across all fields of occupation. 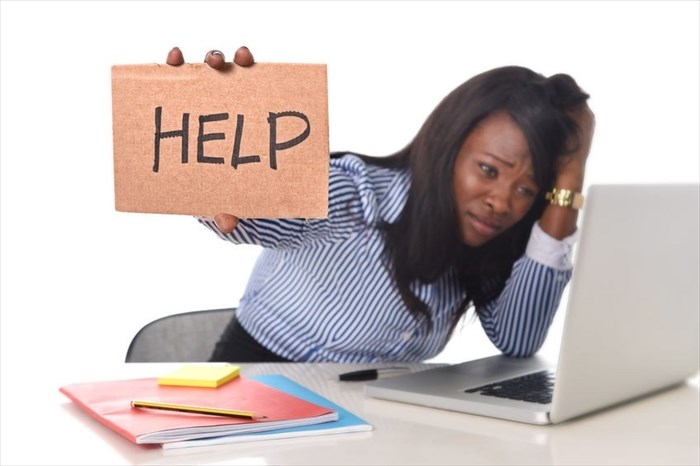 Burnout on the rise

The rise in burnout was reflected in the Gallup poll last year, where findings showed that approximately 25% of all employees polled felt burned out often or constantly. 44% reported occasional burnout while just one third didn’t experience this syndrome at all3.

Like many other health issues, chronic stress and burnout has an economic cost. Researchers on the subject estimate that workplace stress costs sufferers in the United States alone an additional $125 to $190 billion dollars in healthcare costs annually. They also estimate that approximately 30,000 deaths can be attributed to high work demands4.

In fact, studies show that burnout is a significant predictor of a number of health consequences, including5:

The problem, even though it is a great source of debate and is not classified as a mental or psychiatric disorder, is however, getting more attention. This has recently been reflected in the WHO’s recent ICD burnout definition update.

Earlier this week, the World Health Organization (WHO) expanded the definition of burnout in its International Classification of Diseases (ICD). Previously defined as ‘a state of vital exhaustion’, the expanded definition refers to is as a syndrome that is ‘tied to chronic workplace stress that has not been successfully managed’6.

The WHO characterises burnout as a syndrome with three primary dimensions:

The new definition brings it more in line with the way in which researchers and psychologist have understood the affliction for some time.

It is important to note that according to this definition, burnout is still NOT classified as a medical condition and only applies in an occupational context and not to other areas of life experience. Nevertheless, it is recognised as having a legitimate influence on an affected person’s health status and is considered a reason why people may contact health services.

While the practical applications end there, it is hoped that this shift in attitude towards the condition may influence how it is perceived by healthcare professionals and employers alike. 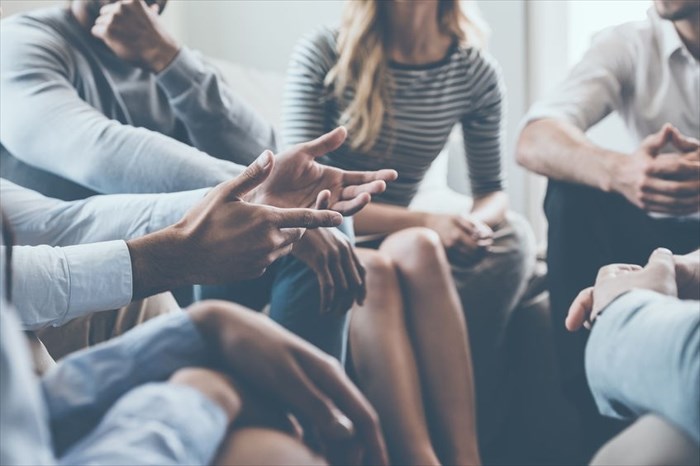 While burnout may seem inescapable and permanent due to the fact that, for most people, remaining gainfully employed is vital in modern living, the condition is preventable and reversible.

If you’re feeling burned out, you will have to make some conscious changes to your work environment. This may involve chatting to your manager or approaching the human resources department about areas of concern if these parties are invested in the health of the organisation. If not, a new job may be in order.

From a self-care and management point of view, you need to develop stress reducing strategies like:

If you feel like these strategies are not helping and you are not coping on your own, seek professional help. Doing so does not mean that you are weak, but rather that you are intelligent enough to know when an outside perspective is necessary to help you to live and perform at your best.