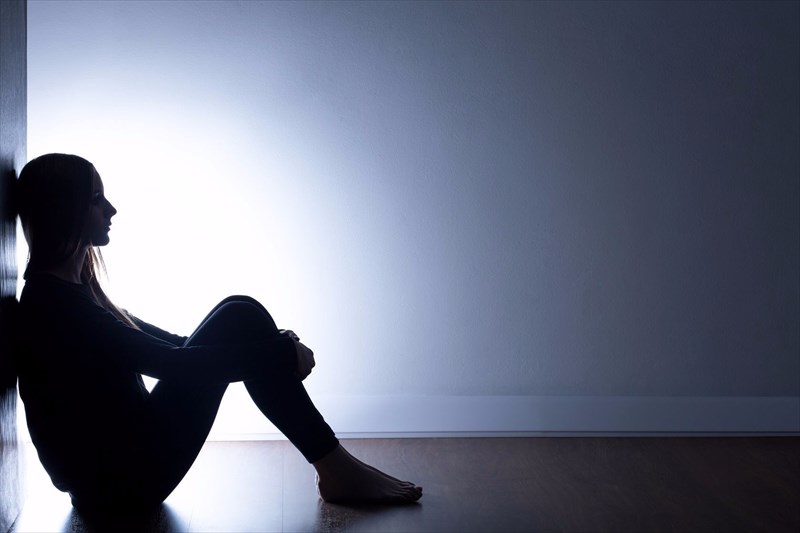 If the study proves beneficial, ketamine could be the next best thing for treating major depression, especially in instances of suicidal risk, where all other treatment measures have failed.

It’s not the first study that has been conducted, and nor is the substance an unfamiliar one in the medical field.

Ketamine as a potential anti-depressant treatment option has been on the cards for several years already, and dubbed ‘the future of depression treatment’.

But is it? And why is there a focus on using this former anaesthetic and party drug for mental and mood disorders?

Currently, more than 300 million people worldwide suffer from depression. Around 800 000 suicides as a result of depression occur each year. These figures are alarming. Even with effective treatment methods in place, nearly one third of sufferers may not be finding relief from this condition and are resorting to other measures including suicide, often combined with drug and alcohol abuse.

Research has cottoned-on to the idea of using ketamine as a potentially beneficial treatment substance in order to combat the most severe effects of depression, but caution – ketamine is not to be regarded as a miracle drug. 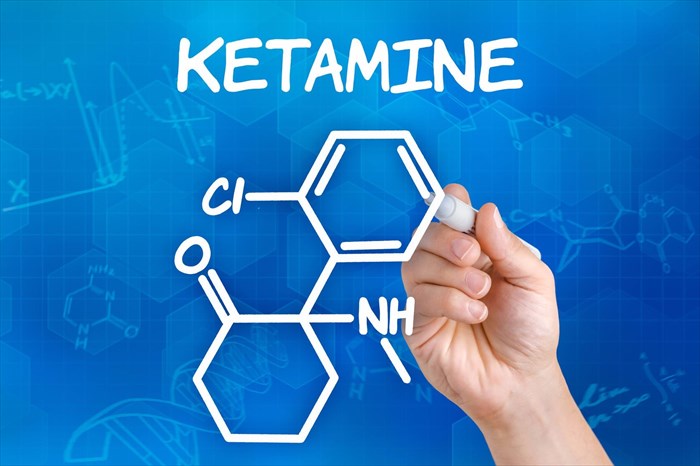 Where did Ketamine come from?

Also known as ‘Special K’, Ket, K, or Kitty, Ketamine is a synthetic substance (falling in the arylcyclohexylamine chemical class) with dissociative effects. Since the 1960s, especially during the Vietnam War, Ketamine was used as a general anaesthetic for surgical procedures. Since then it has been widely used in veterinary medicine too, also for anaesthetic / surgical purposes.

Some medical professionals make use of the substance for sedation purposes in situations of intensive care or emergency.

Ketamine was effectively developed as a derivative and successor of the modern world’s first synthetic anaesthesia agent, PCP (Phencyclidine) or ‘angel dust’, which was brought to market during the 1950s. PCP was taken off the market in 1965 due to a large number of recorded dissociative hallucinogenic side-effects, prompting a replacement.

During the 1970s Ketamine gained popularity as an illicit, recreational drug and also for entheogenic purposes (ritualistic purposes – ‘generating the divine within’). Ketamine retained its position on the WHO’s (World Health Organisation) “Essential Drugs List” despite being used inappropriately by the public. This list serves as an approved directory of the safest and most effective medicinal drugs necessary for use in the modern healthcare system. Ketamine is thus considered a legal ‘schedule IV’ drug in many countries around the world.

Having been developed for dissociative purposes, the extent of which is controlled with set doses, the ‘out of body’ effect is at the core of medicinal use, recreational use and as a potential treatment for severe depressive states, such as chronic depression and bipolar disorder.

How does Ketamine work?

As a substance, Ketamine functions as a non-competitive NMDA (N-methyl-D-aspartate) receptor antagonist, meaning that the substance blocks electrical signals from being passed between the brain’s neurons and the spinal column. The receptors that normally allow this function are usually open. The disconnection caused by blockage results in dissociative effects, such as loss of feeling, inability to move and the ‘out of body experience’ (disconnection between the mind and body, usually accompanied by feelings of euphoria).

Other physical effects include the sensation that body is floating (weightless), spatial disorientation, tactile suppression (a suppression of a sense of touch or numbness), relief from pain, and loss of fine motor control, balance and coordination, amongst others. Physical side-effects include dizziness, nausea and vomiting, watery eyes and even decreased libido.

There are cognitive effects such as suppression of anxiety and memory, de-personalisation, disinhibition, déjà vu and time distortion. Visual disconnection, such as experiencing holes, spaces or voids alongside objects and structures (known as ‘k-holes’), double vision, loss of consciousness, and difficulties in perceiving visual data are the other known effects of the substance. High doses can result in a hallucinatory state too.

Studies of Ketamine for antidepressant purposes 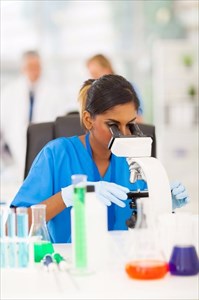 Effects of the drug (specifically the way in which Ketamine triggers the release of the neurotransmitter, glutamate which quickly simulates growth of synapses damaged by depression and stress) promoted research into the potentially beneficial effects when used as an antidepressant, but in small doses.

Effects of the substance are quick, which has the potential to relieve the most severe of depressive or suicidal symptoms almost immediately or within a matter of a few hours (depending on the dose administered intravenously). Intravenous administration allows the drug to reach the brain quicker, which in turn enables its effects to circulate within the body in a short period of time. Effects may last up to 3 days following a single dose.

In comparison to traditional treatments, this has made those in the medical field sit up and take note. Normal antidepressant medications typically take several weeks to show truly beneficial effects in the body. This presents a double-sided coin. On one hand, quicker effect turnaround could prove indispensable in the treatment of severe chronic mood disorders, especially where suicidal and substance abuse behaviours are noted, but also presents a danger - substance (or psychological) dependency. Chronic use has strong potential to become moderately addictive, leading to substance abuse in order to gain the overall dissociative effects, and cause difficult withdrawal experiences.

Research has looked into the tolerance effects of Ketamine use in small scale studies to determine the effect of prolonged and repeated use. Over the long-term, larger doses may be needed to achieve the same effects as the one previously administered which results in a physical tolerance of 3 to 7 days before reducing in the body, and taking a further 1 to 2 weeks before completely returning to ‘baseline’. Combining Ketamine with other stimulants and depressant medications can also exacerbate depressive symptoms or lead to unexpected loss of consciousness (which can be life-threatening).

Resorting to Ketamine to save lives

Since 2000, a handful of clinics in the USA began using Ketamine in emergency situations (the use is off-label – which is not illegal, but not as carefully regulated either), in an effort to treat instances of suicide attempts or related behaviours in patients brought in to the facilities. In an emergency situation, the rapid response effects of the substance did present a strong case for investigating its use for antidepressant treatment purposes in instances other than emergency scenarios too.

With such high rates of suicide, treatment for these behaviours has reached a critical point for medical professionals. Use of Ketamine serves as a bridge in an emergency situation and buys time, allowing other effective means of treatment, such as psychotherapy, the opportunity to step in and potentially save a life.

Studies have looked at a small number of participants since, but many have been conducted with the focus being on determine long-term effectiveness and safety. So far, there’s little doubt that therapeutic doses have mild and brief side-effects. The pace at which the substance takes effect has been noted as ‘very promising’ by many in the field of psychology and psychiatry.

That said, no one is ready to regard Ketamine as a “miracle drug” capable of curing major depressive disorders.

Dr Alan Manevitz, a specialist in treatment-resistant depression at the Lenox Hill Hospital in New York, USA, says of patients being treated - “It may momentarily take them away from that catastrophic place they’re in with depression, but you’re not addressing the rest of the patient. It’s a complex issue to treat psychiatric issues, and you have to treat the whole patient.”

What are the latest findings?

The many studies which have presented consistent results for fast-acting relief have prompted the FDA (Food and Drug Administration in the USA) to grant ‘breakthrough therapy status’ to two Ketamine-based drugs that have been developed. This allows them to be fast-tracked to market. To date, Ketamine has only been FDA-approved for anaesthetic / surgical purposes.

So far, all studies conducted have been small (25 to 50 individuals at a time) and experimental, and drug availability is limited to Ketamine clinics and clinical research groups only. This status given by the FDA has gotten those who specialise in treating mood disorders excited about the potential for critical suicidal management, as well as PTSD (post-traumatic stress disorder), nerve-related pain and various other mood disorders presenting severe or uncontrollable symptoms.

What are the next steps?

Clinical trials will need to significantly increase their number of participants (in the hundreds or thousands) and present a strong case of evidence that shows not major harm will be caused with Ketamine use for the treatment of depression and other mood disorders.

The hiccup, and the main reason why this has not yet been done comes down to expense. Large-scale clinical trials will require a sizable amount of money (ranging in the millions). Ketamine is also classified as a generic substance which means that pharmaceutical companies may not patent it in order to earn money back.

Other drugs, such as esketamine (given as a nasal spray) and rapastinel (GLYX-13) based on ketamine are in development and these are what the FDA has approved for fast-tracking. Esketamine is currently in phase three clinical trials. These are being tested as safer alternatives for effective treatment.

Researchers (neuroscientists) are now focussing on understanding how Ketamine acts to deliver its effect, and to determine what specifically the substance targets (the primary pharmacological target) once administered at anti-depressant relevant concentrations (which is also still to be determined for safety). So far, more study is required to assess short-term adverse effects such as severe nausea and hallucinations, as well as those associated with repeated doses (impaired memory, bladder problems and panic attacks).

Once this has been thoroughly researched on a larger scale and safety conclusively proven, it may be safe to say that controlled Ketamine-based drugs will change the way many mood disorders are treated and reduce the risk of a variety of potentially adverse side-effects.

*Further studies are supported by the National Institute of Mental Health, the Brain and Behavior Research Foundation, and the International Mental Health Research Organization.