Is intermittent fasting better than other weight loss methods? 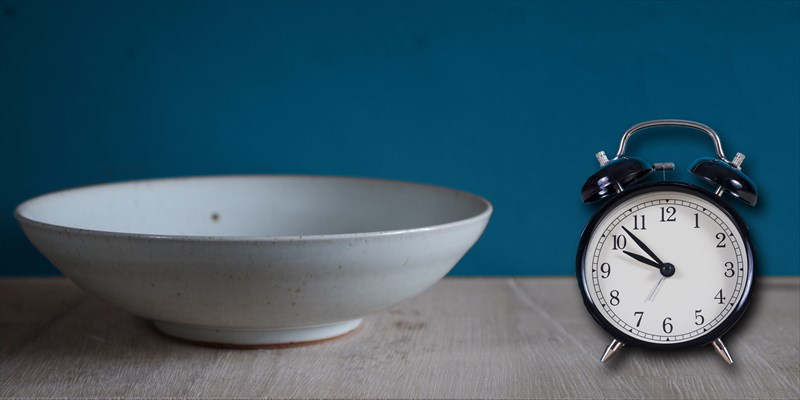 Intermittent fasting has become a popular go-to for weight loss and improved health but is it really superior to conventional calorie restriction diets?

This was the question scientists at the German Cancer Research Center (DKFZ) and Heidelberg University Hospital asked in the largest ever intermittent fasting investigation to date. The study entitled HELENA was published this week in the American Journal of Clinical Nutrion1. Their findings may both surprise and disappoint some.

For those not familiar with intermittent fasting, this a dietary method that has become an enormously popular health and fitness trend in recent years. The basic principle of this approach to eating is to alternate fasting and eating cycles. Adhering to an intermittent fasting is not really 'dieting' in the traditional sense as the method does not prescribe foods that should be eaten but instead when to eat them2. Like conventional diets however, it does involve calorie restriction (this is achieved in the fasting phase/s).

There are several variants of intermittent fasting, which either split the day or week into periods of fasting and feasting. So, for example, when adhering to the 16:8 method one may feast for eight hours a day and then fast for 16 (simply by skipping breakfast or pushing it to midmorning or noon), depending on the time of the last meal the previous day. Alternatively, one may fast for two whole days and then eat a balanced diet without worrying about restriction for the rest, this is referred to as the 5:2 method. Or one may fast on alternate days, eating just one meal on these 'fasting' days and then enjoying no restrictions on the other days.

The benefits of intermittent fasting are touted by many self-help books and websites, which promise weight loss without the dreaded yo-yo effect as well as continued metabolic change and numerous health benefits.

While the few small studies that were conducted prior to HELENA revealed significant positive effects on metabolic health, the German Nutrition Society (DGE) still caution that intermittent fasting is not suitable for long-term weight regulation and there is not yet sufficient scientific evidence to ascertain the long-term effects of this dieting method.

It is also not recommended for everyone. While it can be beneficial to those with advanced diabetes and those on diabetes medications, diabetics, pregnant or breastfeeding women and those with a history of anorexia or bulimia should discuss this dietary method with a primary healthcare physician who can closely supervise their health before embarking on this type of eating plan.

Nevertheless, the work done in studies on intermittent fasting and results achieved piqued the interest of DKFZ’s Ruth Schübel and her colleagues from Heidelberg University Hospital, who then questioned whether the same results could be achieved in a larger patient group over an extended period of time.

The team then launched the HELENA study and examined 150 overweight or obese, non-smokers aged 35 to 65 over a period of one year. At the commencement of the study participants were randomly assigned to three groups as follows:

The study involved a 12 week intervention phase during which the groups adhered to their assigned method of eating, followed by a 12 week maintenance phase and a 26 week follow-up phase in which the researchers documented the participants health status and weight.

From the data collected, the team established that the improvements in health experienced were the same for both the intermittent fasting group and the conventional calorie restriction group. Both groups also lost body weight and fat around the middle (unhealthy belly fat). The amount of fat present on the liver of these participants was also reduced. There were no differences in the metabolic, biomarkers or gene activities between the two groups.

MyMed Memo: A mere 5% reduction in body weight results in a 20% loss of dangerous belly fat and more than a third of the fat on the liver, a huge health benefit.

While the study did not confirm much of the hype surrounding intermittent fasting, it did show that this method is no less beneficial that other conventional weight loss methods. In fact, according to the study’s lead scientist, Tilman Kühn, some people found it easier to be very disciplined twice a week instead of calorie counting and restricting themselves daily. He added that in order to maintain the weight loss achieved with intermittent fasting, people need to permanently switch to following a balanced, calorie controlled (not restricted) diet.

The researchers concluded that many weight loss methods can lead to healthier weight and that each person should find a diet plan that works for them and stick to it. This evidence, according to Kühn, has been echoed in a recent study on low-carb versus low-fat diets, i.e. reducing carbohydrates or fat intake while consuming an otherwise balanced diet. This study’s participants also achieved comparable results using both methods.

The take away? If one feels the need to lose a few pounds, there is not just one way to do it. Selecting a reliable dietary method that is based on a healthy, balanced diet AND that is appealing and easy enough to the dieter to stick to, is proving to be the key to success.