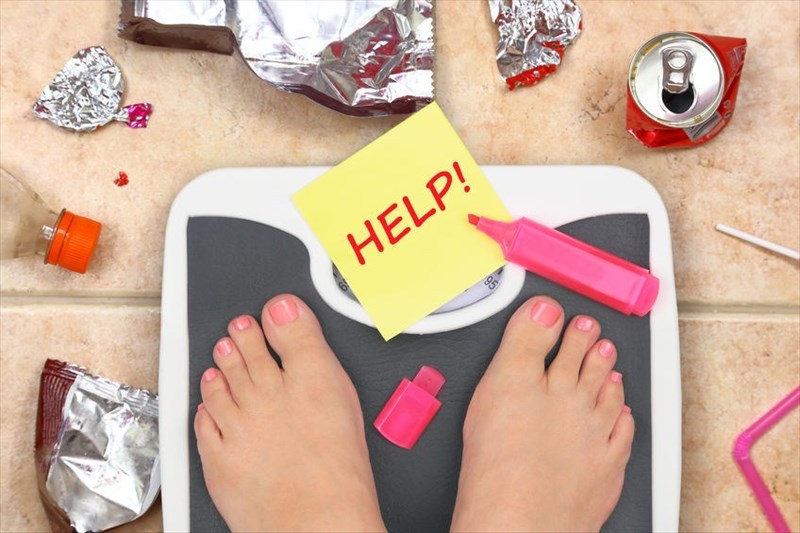 What is bulimia nervosa?

Pronounced “boo-lim-ee-uh”, bulimia nervosa is a severe and potentially life-threatening eating disorder. It was first classified and described in 1979 by British psychiatrist, Gerald Russell. The term 'Bulimia' is derived from the Greek word that means 'ravenous hunger'.

**My Med Memo – The terms bulimia nervosa and bulimia are used interchangeably and describe the exact same condition.

Eating disorders affect both genders, however, the rates among girls and women are 2.5 times greater than those of boys and men1. The National Association of Anorexia Nervosa and Associated Disorders, known as ANAD, notes that, although women are more prone to the development of eating disorders in general, when it comes to bulimia in particular, the development is not gender-specific. However, it has been noted that men may be less likely to seek diagnosis and treatment, putting them at greater risk of associated health conditions and complications.

Bulimia Nervosa is characterised by frequent and recurrent episodes of ingesting an abnormally large amount of food in a short period of time. Some individuals may eat as many as 20,000 calories during a single binge2. The types of food that are consumed typically include comfort foods that are salty, sweet, smooth or soft and tend to be high in calories. Some of these types of foods include cake, pastries, ice cream and other foods deemed as ‘junk’ food or ‘cheat’ foods. Episodes of bingeing may occur a few times a week or even several times a day and take place over periods of one to three hours.

Eating excessive quantities of food in a short period of time can cause the stomach to expand in order to accommodate all that is ingested, this may result in the individual experiencing physical discomfort or even extreme pain in some instances.

Psychologically, sufferers often feel as though they lack self-control when it comes to their binge-eating behaviours. This feeling is often accompanied by feelings of disgust, remorse, guilt and an intense fear of gaining weight as a result.  As such, compensatory purging behaviours, such as vomiting, excessive use of laxatives or diuretics, fasting or long sessions of strenuous exercise, or a combination of these, will be engaged in in an attempt to regain control, assuage the feelings of guilt and compensate for overeating.  Collectively, these behaviours are referred to as the binge-purge cycle.

A number of individuals with the disorder remark on the ‘addictive’ factor involved in bingeing and purging. The addiction arises as the sufferer feels as though they can eat what they want and crave with the confidence that the calories consumed will be expelled from their body in the near future when they purge. Therefore, the effects of these perceived ‘guilty acts’ of excessive eating can seemingly be controlled and reversed through purging without the fear of weight gain. Once the purge is complete, the sufferer will usually feel guilty about the loss of control that lead to bingeing and revert to a restrictive diet, avoiding foods that are perceived to be fattening.

What is the difference between bulimia and other eating disorders?

Bulimia nervosa is often confused with other eating disorders like anorexia nervosa and binge eating disorder (BED). All of these conditions affect the way the sufferer eats and threaten a person’s health and, in more severe cases, their life.

These eating disorders differ in how they affect a sufferer’s physical appearance:

It is also possible for someone to have more than one eating disorder in their lifetime. However, a person cannot be diagnosed as having different eating disorders at one time. For example, if one is not eating (i.e. suffering from anorexia nervosa) and performing methods of purging such as exercise or the use of laxatives (as occurs in bulimia), it may seem as though he or she is expressing the symptoms of both anorexia and bulimia. However, the individual will be diagnosed with anorexia as they are severely restricting their intake of calories and purging, thus they will be classified under the purging subtype of anorexia.

The most common eating disorders are further explained below:

What is Binge Eating Disorder (BED)?

Binge eating disorder (BED) is described as compulsive overeating wherein abnormally large quantities of food are consumed, and this is accompanied by feeling unable to stop and a sense of loss of control. Individuals may be diagnosed with BED if binge eating episodes typically occur twice a week for six months or more.

Binge eating disorder occurs in men and women. Both genders often struggle with emotions of guilt and disgust accompanied by other mental conditions such as anxiety or depression. The negative emotions provoked by this disorder will accompany an episode of binge eating and contribute to unwanted weight gain and obesity. This then turns into a cycle of further compulsive eating as a guilt-fuelled reaction to weight gain.

What is anorexia nervosa?

Anorexia nervosa is an eating disorder that can be life-threatening and is described as having an extremely low body weight relative to one’s height (i.e. a lower than average BMI), due to extreme, unnecessary weight loss, an illogical fear of gaining weight and a distorted body image. Those suffer from anorexia believe that they are overweight and are never satisfied with their appearance. They do not think that they are 'skinny' but rather that they are 'fat' and 'unattractive’'

Those with anorexia nervosa are fixated on having a thin figure which is achieved through abnormal eating patterns that include self-induced starvation.

What is body dysmorphic disorder (BDD)?

Body dysmorphia is a mental condition that is characterised by the obsessive belief that one’s physical appearance (or an aspect of it) is severely flawed. Due to this thinking, the affected person will believe that they need to undergo exceptional measures to fix or hide this.

A number of experts believe that there is a distinct relationship between body dysmorphia and eating disorders such as bulimia, and more specifically, anorexia nervosa. There are some interesting overlaps between BDD and eating disorders, which often co-occur and share the core feature of a disturbed body image. Many healthcare professionals also associate BDD with obsessive-compulsive disorder (OCD), a disorder that is also observed in some patients with eating disorders3.

However, anorexia and body dysmorphia have some significantly contrasting differences, and as such, are clinically separated. Regardless of this, the disorders do overlap in intriguing ways, and, in some cases, are difficult to differentiate. The relationship between eating disorders and BDD is one that is evidently prominent and requires a great deal of additional research, as currently, the findings on the details of the overlaps and links between the conditions are limited.

NEXT What are the different types of purging and non-purging in bulimia?
Back to top
Find this interesting? Share it!

Peptic ulcers are a commonly seen ailment in a number of people and can result from a number of factors. Find out about the symptoms, treatment and diet here.

Gingivitis (gum inflammation) is a common periodontal infection that results in the swelling and bleeding of gums. We explore the causes and symptoms.

Suffering from a runny tummy? Having diarrhoea can often be an embarrassing and even painful experience. Learn more about the condition...