Is your DNA really the determiner of your health and destiny? 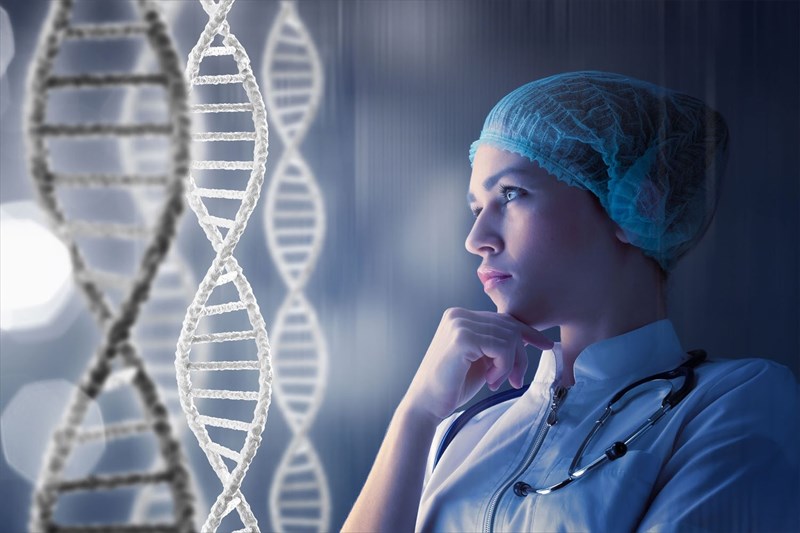 We’ve long been taught that our genes play a significant role in determining whether we’ll develop certain health conditions or disease. Likewise, we’ve been told by many DNA testing companies that genetic testing is the answer to accurately identifying these. However, new research from a team of scientists at the University of Alberta shows that in most people, while genes do play a role in disease risk, they contribute less than 5%1.

This conclusion was drawn after the scientists completed the largest meta-analysis ever conducted. The analysis examined two decades worth of data from studies on the links between various diseases and health conditions and gene mutations referred to as single nucleotide polymorphisms (SNPs).

Scientists estimate that we have between 20,000 and 25,000 genes2 which are made up of DNA. We have two copies of each gene, one from each of our parents. In all humans, most genes are identical and less than 1% account for our unique makeups. These variations are referred to as single nucleotide polymorphisms or SNPs (pronounced ‘snips’). Each SNP represents a difference in a single DNA building block3.

In medicine, SNPs can act as biological markers, helping scientists to locate genes that are associated with the risk of disease development3.

The role of genes in disease development

It is widely acknowledged that genes play a role in disease development. According to the study’s co-author, Professor David Wishart, their contribution to most diseases, including diabetes, various forms of cancer and Alzheimer’s disease is around 5 to 10% at most.

If our genes alone don’t determine which diseases we get, what does?

Despite rare exceptions, Wishart notes that scientific research is increasingly showing that other factors play a more significant role in disease development than genes. These include metabolism, lifestyle, nutrition, environment and exposure to chemicals, viruses and bacteria. Genes are just a small part of a far greater equation.

As such, the team suggests that when trying to determine human disease risk, measuring chemicals, proteins, metabolites and the microbiome (i.e. the genetic material of the trillions of naturally occurring bacteria, fungi, viruses and protozoa that live in and on the body) is more accurate.

In addition, their research highlights that people need to understand and proactively manage what is going on around them. This means being mindful of the safety and quality of the air they breathe as well as the food and water they consume.

The latest finding completely contradicts the claims made by modern gene testing companies who suggest that gene tests can accurately predict a person’s risk of developing disease.

So, are genetic tests all useless?

The findings of the recent research do not mean that all genetic tests are useless. From a medical point of view, genetic testing can be helpful to identify potential risks. When identified, preventative measures can be taken to assist in lowering the odds of disease development. These can be everything from lifestyle changes to more regular screening.

So, for example, if a woman has a personal history of cancer or family member with a history of cancer, a doctor may order a BRCA gene test. This blood test uses DNA to identify mutations (changes) in breast cancer susceptibility genes (BRCA1 and BRCA2). These tests don’t provide a definite ‘yes’ or ‘no’ answer to the question of whether a woman will develop breast cancer even if the mutation is present4. Instead, they are a tool to help doctors better manage the risk. This can be achieved with more regular screening or medications and procedures to reduce the risk.

The bottom line is that DNA does not conclusively determine your destiny. It is also not the only factor in what will definitively happen with your health.

Tests or companies that claim otherwise at this point should be viewed with a healthy amount of skepticism. The truth is that the decisions we make every day play a far more significant role in disease development than most of us realise. This includes everything from our nutrition and exercise habits to alcohol consumption, the decision to smoke (or not) and more. Then there are environmental factors which may or may not be within our control such as stress levels, oxygen quality or exposure to chemicals, yet we need to take steps to manage them as far as possible.

If you’re anxious about genetic health risks, chat to your doctor or make an appointment with a genetic counsellor.