Scientists call for a halt on gene-edited babies 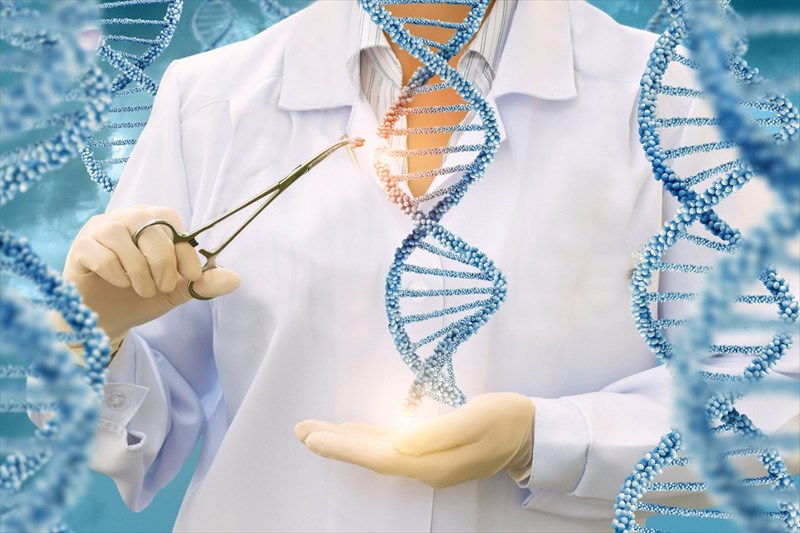 In a paper published on Wednesday in Nature: The International Journal of Science1, some of the world's leading scientists and bioethicists, some of whom were involved in the development of the controversial gene editing technology, CRISPR -Cas9, have called for a global moratorium  on any new attempts to bring genetically modified children into the world.

The authors of the commentary do make a point of clarifying that the 'global moratorium' does not mean a permanent ban, but rather a temporary one during which discussions on the potential technical, scientific, medical, societal, ethical and moral issues associated with gene editing can take place. The scientists suggest that thereafter an international framework wherein countries commit to only approving the use of clinical germline editing (i.e. gene editing) in instances where specific criteria are met would need to be established.

This call has, once again, sparked intense debate surrounding germline gene-editing, whether it should be permitted and what can be done to prevent those in the field with access to gene editing technology from going rogue.

To understand the gist of the debate, it's necessary to have a basic understanding of human-genome editing (i.e. human gene-editing) and the technology used to do this.

Humans have a complete set of genetic instructions that contain all of the information necessary to grow and develop. This set of instructions is made up of DNA and referred to as 'the human genome'. It can be considered the body's 'instruction book for life'.

Until late 2018, this form of genome editing was purely restricted to research-based applications and tested only in test tubes and animals.

Another form of genome editing, somatic cell editing, refers to the modification of specific somatic cells (i.e. all cells except reproductive ones) in order to treat genetically inherited diseases.

This is known as gene therapy and it has been FDA approved for a handful of conditions3 including the treatment of bone marrow cancer and lymphoma (a blood cancer), as well as retinal disease that causes sufferers to gradually lose their sight. A number of other promising gene therapies are currently undergoing clinical trials (i.e. testing in humans).

Modifications to somatic cells which contribute to the formation of various bodily tissues, but not to reproductive functions, ensures that any changes made are limited to the individual being treated for a specific disease and are not passed along to future generations4. This limits the risk of unintended, editing-related modifications being passed along from one generation to the next5 .

This is therefore considered one of the safest ways of editing genes at present. As human genetics are so complex and the field of gene-editing still largely in its infancy, at this time, scientists really do not know what the exact consequences of gene modification may be when passed along generations.

The authors of the recent paper make a clear distinction between these two forms of genome editing. This is because the two have very different implications for the human race.

While most of the scientific community supports the treatment of genetically inherited conditions and diseases like certain cancers, retinal disease, Huntington's disease and sickle cell anaemia using somatic cell editing, there is far more intense debate surrounding whether human genes using germline editing should even be altered and whether this process should be allowed. 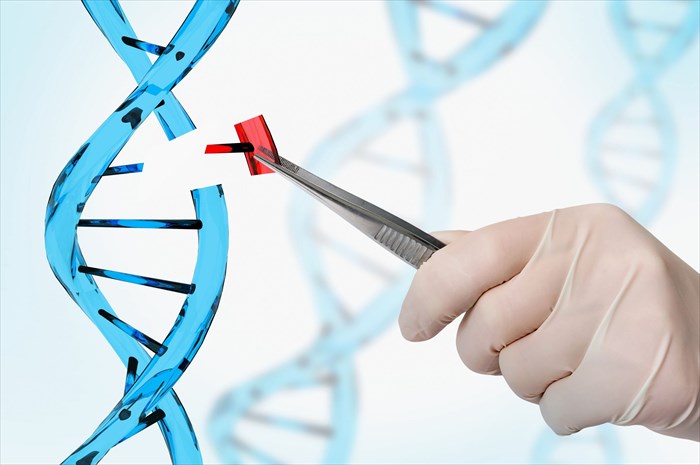 Clusters of regularly interspaced short palindromic repeats or CRISPR-Cas9 / (CRISPR – pronounced 'crisper') for short, is a relatively new DNA technology that has revolutionised the world of genetics. It allows geneticists to edit part of the genome by adding, removing or altering section of the DNA sequence.

In medical applications it enables researchers to correct any errors in the genome that may result in health conditions or diseases by turning on or off the specific genes in the cells responsible for their development6.

It is currently the simplest, easiest, most precise and cost-effective way of doing this. However, this technology and its applications are still in the early stages of study, with research being restricted to test tube and animal models. This means that it is many years away from being ready for safe, ethical human use and much is still not understood about the implications of its various applications.

Nevertheless, one biophysicist ignored the usual progression of scientific research and made headlines through his claims of using this technology in humans. This sparked outrage in the scientific community and public at large.

A response to the Jiankui debacle

He Jiankui shocked not only the scientific community but the world in November 2018 when he announced that he'd successfully edited the genes of human embryos using CRISPR before the genetically modified twin girls were brought into the world. According to Jiankui, the twins' DNA was altered in vitro to help them resist infection with HIV in future.

Later, at a human genome forum held in Hong Kong, Jiankui boasted of his achievement with the twins, mentioning a second potential pregnancy where genetic editing had occurred. Upon further questioning he said that the woman involved had subsequently experienced a miscarriage.

Official investigations into the claims were launched, an based on the findings,  The Southern University of Science and Technology (SUSTech) where Jiankui was working at the time, dismissed the scientist and barred him from teaching or conducting any further research. 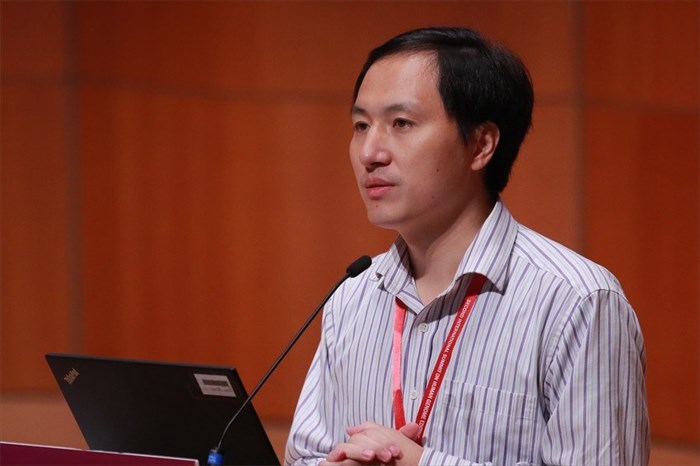 This was the world's first known use of CRISPR in human embryos destined for life. Its use flew in the face of the global scientific consensus that CRISPR should not be used in editing human sperm, eggs or embryos until such time as the technology and the implications of its application could be better understood. Still, it seems that Jiankui may not have been the only scientist planning such a feat, something of great concern to bioethicists and regulatory bodies alike.

The news also sparked intense debate surrounding what could have been done to stop Jiankui and what should be done to prevent any other researchers from following in his footsteps and going rogue in future.

The germline editing debate has divided scientists the world over. While many can see its potential for eradicating inherited disease and possibly even diseases of epidemic proportions that may no longer be treatable using traditional means due to ever-increasing antibiotic and drug resistance, others worry that the possibility of genetic enhancement could lead to a generation of 'designer babies'.

The latter could mean a world where the human species is reengineered based on the individual human perception of 'the best way to make a human'. The social consequences could be disastrous, leading to a divide between those with the finances to undertake such modifications to their future generations and those that cannot, with the genetically modified being perceived as a 'superior race'. 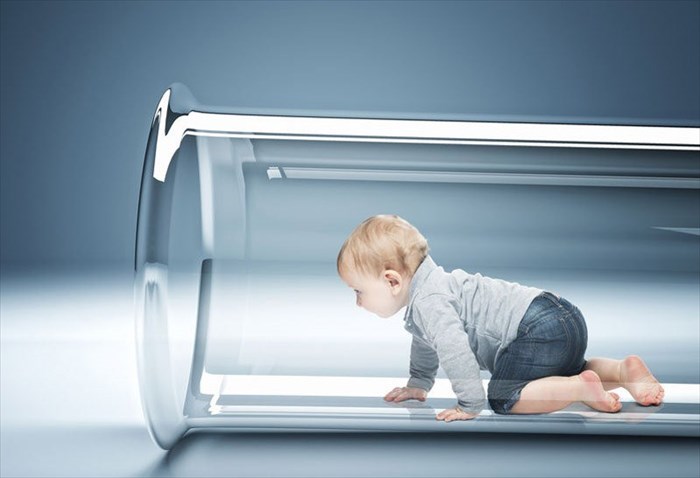 While these designer applications are not currently possible and may realistically only be available many years into the future as most experts agree that the science is nowhere near the level of safe and ethical germline gene-editing, these potential consequences are still an important point of consideration not only for those in the field of genetics, but also for regulatory bodies and governments that world over. Many scientists and bioethicists thus welcome the call for a moratorium on the practice until such issues can be addressed and guidelines put in place.

Thirty countries, including the United States of America, United Kingdom and China, currently have laws that impose gene-editing restrictions or prohibition in place, but many do not. A number of experts in the field believe that these are far more effective deterrents to rogue gene-editing practices than the voluntary system called for in the recently published commentary.

One of the co-founders of the CRISPR technology who did not contribute to the paper, Jennifer Doudna agrees, emphasising that international requirements and consequences for flouting these need to be put in place to ensure that premature human germ-line editing does not occur again in the near future.

The scientific community at large is not resting on its laurels when it come to the regulation of gene-editing and is taking the recent events and concerns raised in its stride. Several major U.S. based national science academies have committed to analyse the issue over the next year. In addition, the World Health Organisation (WHO) will convene a newly formed Expert Advisory Committee on Developing Global Standards for Governance and Oversight of Human Genome Editing on the 18th and 19th of March 2019.

Still, for the most part, what comes next seems yet to be decided.