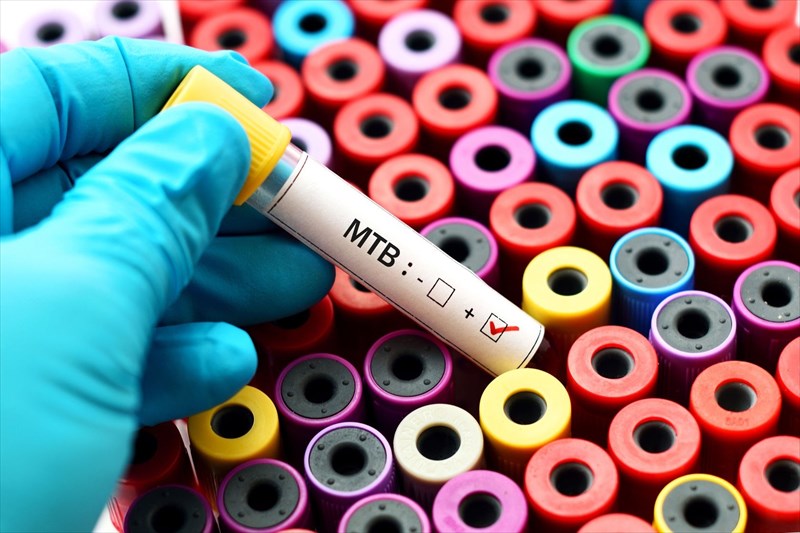 Pioneering research has led to new technologies in TB detection

Scientists from Standford University in the United States of America in collaboration with a team from the University of the Witwatersrand in South Africa have made significant advancements in Tuberculosis (TB) diagnostics that could have a significant impact on treatment and patient outcomes. All of this was achieved with an addition of a simple molecule that causes the bacteria to light up when exposed to fluorescent light...

What is TB and how is it currently diagnosed?

TB, also known as tuberculosis, is an infectious disease that mainly affects the lungs. The bacteria responsible for the infection, Mycobacterium tuberculosis (also known as Mtb) is transmitted between people in the form of small vapour droplets that are released when sneezing and coughing. The symptoms of TB are often similar to those of other diseases and infections and as a result, the infection is often referred to as ‘the great imitator’. Fever, coughing, loss of appetite, muscle and weight loss, fatigue, chest pain when breathing and shortness of breath are some of the most common symptoms.

TB is viewed as the leading cause of death in infectious diseases1. In 2015 alone, a total of 1.8 million deaths were reported as a result of TB infections. There has also been an increasing number of strains of the causative agent Mtb showing resistance to the treatment options currently available, leading to the exacerbation of the disease and a global epidemic.

The current diagnostic tools used to detect the disease in patients are insufficient in their efficacy and require substantial waiting times for results to be obtained, both of which adversely affect patient care. The development of accurate and prompt diagnostic tools could, therefore, improve the treatment of patients and their overall health outcomes.

The current diagnostic procedures for TB involve the use of two standard tests used (the colour-based ZN (i.e. the Ziehl-Neelsen technique) and fluorescent auramine-based Truant stain), both of which use colour or stain-based solutions to bind to the outer membranes of the bacteria. These staining methods require an extensive amount of processing and washing in order to remove any excess dye from bacteria and debris before they are examined, however, the dye must still remain bound to the outer membrane known as the mycomembrane in order to determine a result.

Ziehl-Neelsen staining of a specimen, while inexpensive and able to be conducted in non-specialised laboratories, requires multiple samples and has a relatively low sensitivity. Fluorescent auramine staining while offering more rapid results, is expensive and requires a continual electricity supply and trained technicians, both of which are a challenge in many parts of the developing world where TB is prevalent2.

In addition to these factors, the current tests used for diagnosis are unable to distinguish between living or dead mycobacterium and as a result, cannot guide or report on the efficacy of any treatment being administered. With all of this in mind, it becomes clear as to why new, innovative and accurate diagnostic techniques are urgently needed and being researched.

How was this new diagnostic procedure discovered?

A collaborative research paper3 entitled ‘Rapid detection of Mycobacterium tuberculosis in sputum with a solvatochromic trehalose probe’, written by a team of scientists from Standford University (USA) and the University of Witwatersrand (South Africa), and recently published in the journal Science Translational Medicine revealed some rather intriguing findings regarding the efficacy of TB detection.

The research team noted that the accurate detection of the agent that causes TB, Mtb (Mycobacterium tuberculosis), could not only improve the process involved in diagnosing the disease, but also patient care.

Mycobacteria, as stated in the report, may be detected through the use of a fluorogenic trehalose analog. This analog is a new form of a stain known as Dimethylamine-napthalimide-conjugated trehalose (DMN-Tre). It was created as a result of new findings with regard to the molecular composition of the bacteria’s membrane (i.e. the mycomembrane) that have been obtained over the century that has passed since the invention of the initial (and currently used) diagnostic stains.

Researchers found that the newly developed trehalose dye can be incorporated metabolically into the bacterial membrane where it undergoes a significant fluorescent enhancement to allow for the detection of Mtb (mycobacteria) in samples (more specifically sputum samples which consist of a combination of mucus and saliva coughed up from the respiratory tract) obtained from patients suffering from TB.

The most remarkable part of this new stain is that it lights up inside the living bacteria in less than an hour, thus eliminating the lengthy and intricate processing that is currently required in order to reveal the stained bacteria when using other staining methods. 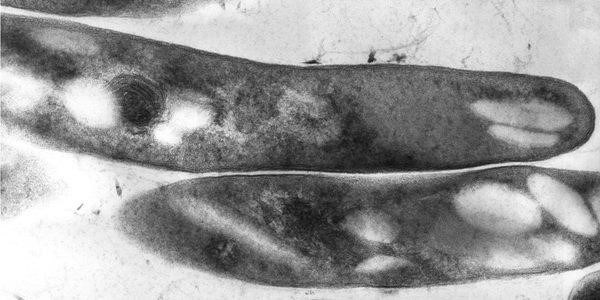 The bacteria responsible for TB have previously been detected via:

The new stain formula (DMN-Tre) aims to increase the ease with which smear microscopy is conducted, and allow for the rapid, no-wash visualisation of mycobacterial species.

The science behind the new diagnostic method explained

Now that you have an understanding of the relevance and basic mechanics of the new diagnostic method, the workings of this staining method and its success will be explained in the section that follows (if you would like to read the original study for a more in-depth and scientific explanation of how the research was conducted, then we urge you to do so by consulting the sources mentioned in the reference list below)2.

The bacteria responsible for TB (mycobacteria) resemble the shape of a rod and contain exterior layers for protection, very similar to that of a pharmaceutical capsule which will contain and protect the medicinal powder found within it. One of these protective layers is made up of mycolic acids which are made of trehalose, a molecule that is often referred to as a fatty layer or ‘brick’. This chemical molecule (trehalose) is thought to be unique to the group of organisms containing Mtb. This group of organisms includes Actinobacteria phylum, which consists of corynebacterial pathogenic mycobacteria.

Mtb use this molecule (i.e. trehalose) to create their own ‘wall of defence’. Due to the fact that mycolic acids are essentially fatty acids, they are naturally waxy and produce a thick coat which protects the bacteria from a person’s immune system and the antibodies that are produced as a result of the presence of the infection (i.e. Mtb). This ‘wall’ is also what the drugs prescribed in the treatment of TB infections struggle to penetrate, hence why trehalose is described as ‘a brick’.

By understanding the function of trehalose, one can see how a staining method that specifically targets this chemical molecule may aid in improving the specificity of the detection of Mtb in samples of sputum, which is what this team of researchers has achieved.

The innovation and development of the new stain (DMN-Tre) involved fusing a DMN (Dimethylamine-napthalimide) molecule with trehalose, resulting in Dimethylamine-napthalimide-conjugated trehalose. This was then fed into bacteria (Mtb) derived from sputum. The Mtb absorbs the DMN-Tre into the cell walls and the stain is metabolically incorporated into the outer membrane of the mycobacteria as if it were trehalose mycolates. This integration of molecules is the reason for the fluorescent activation within the bacteria when it is exposed to light, allowing for its detection without having to wash way any unmetabolized stain.

Head of the Centre of Excellence in Biomedical TB Research at Witwatersrand, Professor Bavesh Kana commented that this effect was similar to invisible pens whose ink can only be seen under the right lighting. He added that the nature of the chemical properties of the bacteria is the reason why it illuminates or lights up and that this is the beauty of the new detection method.

**My Med Memo – DMN-Tre was initially formulated by a team of researchers from Stanford University. The team from South Africa (Witwatersrand University) demonstrated the substance’s ability to effectively detect TB in the sputum smears obtained from patients with TB.

What makes this staining method unique

Although the existing staining methods are able to distinguish between the presence of other bacteria and those responsible for causing TB from a sputum smear, DMN-Tre is a naturally colour-changing (solvatochromic) and fluorescent substance and will only light up when exposed to the specific bacteria that causes TB.

It also only stains live TB (tuberculosis) bacteria, creating a clear differentiation between dead and living bacteria. The reason for only live bacterial cells illuminating as a result of the stain is due to the fact that these cells integrate the DMN-Tre into the membrane of the cell through a process of metabolism (thus indicating that they are alive).

The advantage to this is that there will be no indication of the existence of bacteria other than TB, thus eliminating the necessity for washing samples in order for only the Mtb to be revealed (as is currently necessary with other staining methods).

Kana explained the process to be rather simple as the sputum (saliva and mucus from an infected patient) sample is incubated for a few hours with DMN-Tre, this is then smeared and examined. No washing is required, making this stain a “no wash high specificity viability stain.”

The only issue identified and in need of additional research is whether DMN-tehalose also detects TB bacteria that is alive but inactive or dormant, as well as Mtb that is not rod-shaped.

What does this mean for TB (tuberculosis) patients?

Not only will the new staining method allow for a more rapid diagnosis of TB than the currently used tests, it will also allow for the response to different treatments prescribed to TB patients to be effectively monitored for the first time.

For example, a patient who is diagnosed with 100 tuberculosis bacteria (Mtb), is likely to experience a gradual decline in the amount of Mtb over a period of six months when following a treatment plan. However, the existing methods for smear diagnostics are lacking in their ability to show just how well the patient’s response is to the treatments as these current methods reveal both living, as well as dead bacteria.

Due to DMN-Tre staining only live bacteria, a more accurate indication of the success of treatment can be determined.

For TB sufferers, medical professionals and the population at large, the news is promising as early detection of the disease not only improves health outcomes in patients, but also decreases the risk of transmission. From a medical institution and governmental point of view, a test that offers rapid results at a lower cost than its predecessors is always a win.