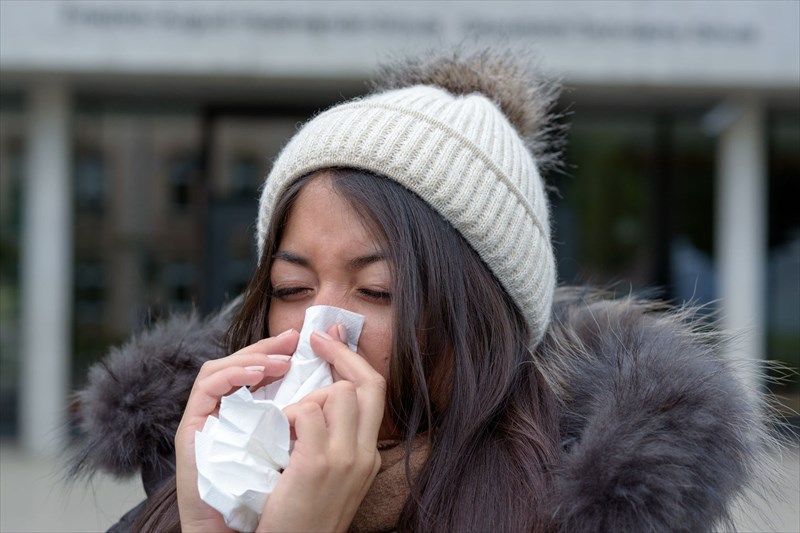 What you need to know about this season’s flu virus

The H3N2 Flu, a subtype of influenza, is the most prominent flu strain this season. With cases of hospitalisation and death tolls rapidly mounting in various countries, concern that it may cause the latest influenza pandemic has appeared in major media headlines across the globe.

The H3N2 strain is currently being referred to as the ‘problem child’ of seasonal flu viruses and has become a weak link for formulated flu vaccines. This is due to the fact that the virus tends to result in mutations during vaccine development, causing scientists and health experts to struggle in finding ways to produce an effective vaccine against it.

Experts are also debating the exact reason why this specific flu strain results in more severe cases and higher death tolls than other influenza A viral strains, specifically H1N1 (aka swine flu) which made headlines in the past, and influenza B viruses. The Centers for Disease Control (CDC) has stated that each time an H3 flu season occurs, the virus changes and causes more severe cases of disease than in previous years.

In the article that follows we’ll explore the various aspects of influenza, with a focus on the H3N2 flu virus and how you can lower your odds of contracting it this year.

People most at risk for developing severe cases of influenza include young children (below the age of two), older people (those older than 65) and those with severe or chronic health conditions that affect the immune system (i.e. causing immunosuppression)1.

What is a flu pandemic?

According to the CDC (Centers for Disease Control), an influenza pandemic is an outbreak of a new strain of the influenza virus on a global scale. Pandemics occur as a result of a new influenza strain emerging and rapidly spreading.

While media reports of a pending H3N2 pandemic are rife, most local health officials in the various countries currently affected by the virus seem convinced that the strain has not reached pandemic proportions as yet.

H3N2 is a subtype of influenza A. There are four different species of influenza, these are A, B, C and D.

The annual seasonal flu is caused by A and B viruses. The strains of influenza are different every year, with influenza A being more variable. Influenza A viruses are separated into subtypes that are based on the two proteins found on the surface of the virus known as hemagglutinin (H) and neuraminidase (N). A total of 18 different hemagglutinin subtypes and 11 subtypes of neuraminidase exist, these are numbered H1 to H18 and N1 to N11. Influenza A viruses may be further divided into different strains based on the combinations of H and N proteins, the current subtypes of influenza A that are found in humans include the influenza A (H3N2) virus and influenza A (H1N1) virus.

Flu viruses are named based on the following:

During 2009 a new influenza A (H1N1) virus emerged and caused the first flu pandemic in over 40 years, this specific virus is often known as the ‘2009 H1N1’ and replaced the previous H1N1 virus that had circulated in previous years. H3N2 first emerged in Hong Kong in 1968, however, the strain in circulation in 2017 and 2018 has mutated in segments and is different to the original.

H3N2 tends to affect people more severely and result in more serious health complications that are often more difficult to prevent than those caused by other strains. Certain groups of people are more vulnerable to contracting this strain of flu, these risk groups include3:

What are the symptoms of H3N2?

The typical symptoms associated with various flu strains, including the H3N2 strain, include:

Complications may arise as a result of the flu such as bacterial pneumonia, sinus infections, ear infections and the progression of certain chronic conditions such as asthma, diabetes and congestive heart failure. These complications develop from having a weakened immune system when infected with influenza.

The flu spreads through tiny droplets that are created when someone who is infected coughs sneezes or talks. The droplets may then land in the noses or mouths of those around them. It is also possible to become infected by touching an object or surface where the droplets have landed and then touching your own nose, mouth or eyes.

You can pass the flu on to someone else even before you have exhibited symptoms. You are, however, most contagious during the first three to four days after symptoms have developed. Symptoms associated with the flu can last for up to a week and mild cases are generally eased through home remedies like getting adequate rest, staying hydrated and well nourished, and humidifying the room while you rest to aid in relieving congestion. More serious bouts of the flu may be resolved with medical treatment and the aid of flu medications such as antivirals (bear in mind that antibiotics are only effective against bacterial infections), complemented by the aforementioned home remedies.

H3N2 and the flu vaccine

Every year there are multiple variants of influenza that emerge during the flu season in each country. As previously mentioned, the flu virus is able to mutate, making it difficult for health experts to predict exactly which strain is going to be most prevalent in the upcoming season.

These flu strains will be selected over a period of six months prior to the beginning of flu season as it may take some time for the vaccines to be manufactured for public distribution.

Flu vaccines are formulated by injecting the chosen viruses into a large number of fertilised, (also known as embryonated), hen’s eggs. The fluid that contains the replicated virus is then harvested from the eggs and deactivated (killed), purified and formulated into flu shots.

A flu vaccine is designed to act as a means of protection against three to four different strains of A and B flu viruses, injecting the inactive forms of these viruses into the bloodstream creates the specific antibodies needed to fight off the flu virus. The presence of these antibodies (the body’s fighting cells) then affords the body a form of immunity should the vaccinated person come into contact with one of the specific viral strains included in the vaccine during the course of the flu season.

A number of health experts have noted that in years when H3N2 has been present for the flu season, available vaccines are less effective as this specific strain seems to be particularly resistant to the flu shot. This is due to the fact that H3N2 mutates and is more virulent, moving through populations at a faster rate than other flu strains, making it difficult for an effective vaccine to be developed.

Today’s flu shot is deemed as mediocre in comparison to vaccines for HPV or measles which offer a protection rate of 90 to 97 percent, it is expected that less than 60 percent of those vaccinated against influenza will be immune to that season’s strain2. Nevertheless, getting the shot does reduce the odds of getting the flu and contracting other flu strains that may also be in circulation.

Why are so many cases of H3N2 being reported?

As previously mentioned, what makes this particular strain of influenza dangerous is that it can easily mutate. Vaccines are produced based on educated guesses as to what influenza strains will dominate the year’s flu season, and even with comprehensive medical knowledge, this is difficult to predict.

In addition, the various influenza viruses change over time, therefore, the H3N2 that was first seen in Japan many years ago, is different to the strain of H3N2 encountered in 2017 and 2018. These mutations reduce the effectiveness and overall success of flu shots.

During the past year, the H3N2 flu has also mutated since being selected as a strain for vaccines. In addition, the egg-grown vaccine strain also changed during the production of the vaccine2. As a result, the vaccine created is deemed to be less effective than intended.

Should I still get the flu shot?

Even with the lowered success rate of the current flu vaccines and some questioning the ability of this year’s vaccine to prevent H3N2 due the large number of reported cases, health experts advise that you should still have the flu shot administered before the start of flu season in your country. However, if you are yet to have it done, it is not too late.

While getting vaccinated may not prevent H3N2 flu, it can reduce your risk of contracting other infections present this season which include H1N1 and influenza B flu strains. Covering your mouth when coughing, staying home if you are sick and washing your hands regularly are also effective ways to prevent the spread of the virus.

What countries have been affected by H3N2?

H3N2 is making headlines on a daily basis as the virus is rapidly moving from country to country. Experts attribute the evolution of this season’s flu to the seasonal nature of the more temperate regions.

H3N2 has quickly spread throughout Australia who had their worst flu season yet, with British media giving this strain of influenza the nickname, “Aussie Flu”. A total of 221, 853 cases of flu infections2 were reported in Australia in 2017. More countries in both the Northern and Southern hemispheres have since been affected by H3N2.  Influenza activity is continuing to increase in North America, with Northern and Southwestern Europe experiencing an increase above the baseline levels of most countries.

This season’s H3N2 flu is officially on the rise with governments urging their populations to have the annual flu shot. The United States and Britain are among some of the countries currently issuing flu warnings.