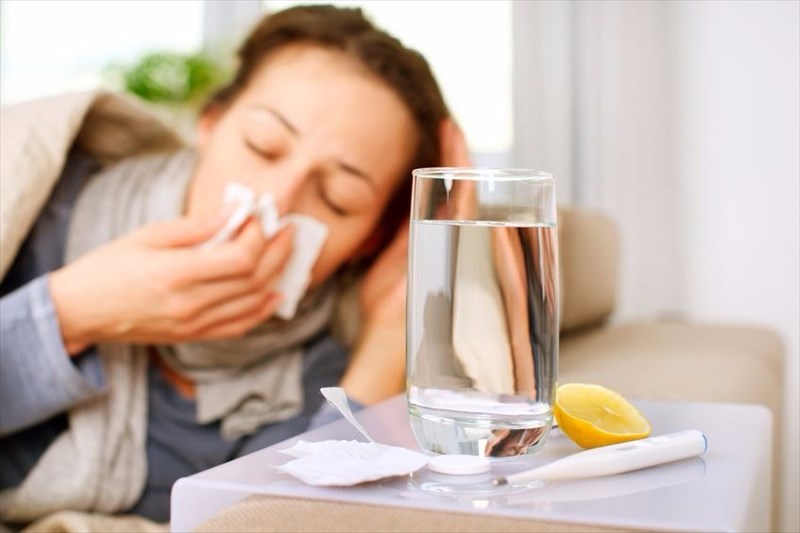 Commonly known as influenza, ‘flu’ is a highly contagious respiratory condition caused by influenza A or B viruses. It is estimated that there are more than 100 types of known common cold viruses, and new strains of flu evolve every few years.

Often known as ‘seasonal flu’, influenza can be caught at any time of year, but occurs most frequently during winter and early spring. Flu viruses tend to be more stable in cold air. During the colder months, humidity is lower. Virus particles favour this and remain in the air. When air is more humid, virus particles pick up moisture, grow larger and tend to fall to the ground.

The virus attacks the body, spreading through the upper and / or lower respiratory tract and becomes highly contagious. Flu viruses enter the body through the mucous membranes of the nose, eyes or mouth. This makes it easy for the virus to be spread and the resulting symptoms of the infection can be very unpleasant. With plenty of rest, fluids and sufficient treatment, you’ll usually begin to feel better within a week.

The common cold versus flu

Symptoms commonly experienced with a cold include:

Symptoms generally run their course over a period of about a week. The first 3 days are when you are at your most contagious. If your cold runs over a week, it is possible that you may have developed a bacterial infection which can easily be treated with a course of antibiotics prescribed by your doctor. Other than a bacterial infection a cold that runs past a week may also indicate an allergy or sinusitis.

The same set of symptoms mentioned above apply to flu, along with:

Flu symptoms tend to come on more abruptly, be more severe and last longer than those of the common cold. One way to determine a common cold infection versus flu is to take your temperature. A cold rarely has symptoms of high fever above [celcius:38] or above.

Usually, complications from common cold symptoms are relatively minor. Butcaution is advised as if flu symptoms worsen and become more severe, this can lead to a life-threatening illness such as pneumonia.

NEXT Types and causes of flu
Back to top
Find this interesting? Share it!

We all get them. When is a headache something to worry about? What are the different types and how should a headache be best treated? Read out article to find out...

Often a sign that something is wrong in the body, a fever is a typical symptom of a variety of different illnesses. What happens when body temperature increases and when should you worry?

The flu vaccine allows our bodies to create vital antibodies in order to form immunity against the current strand of flu for the season.