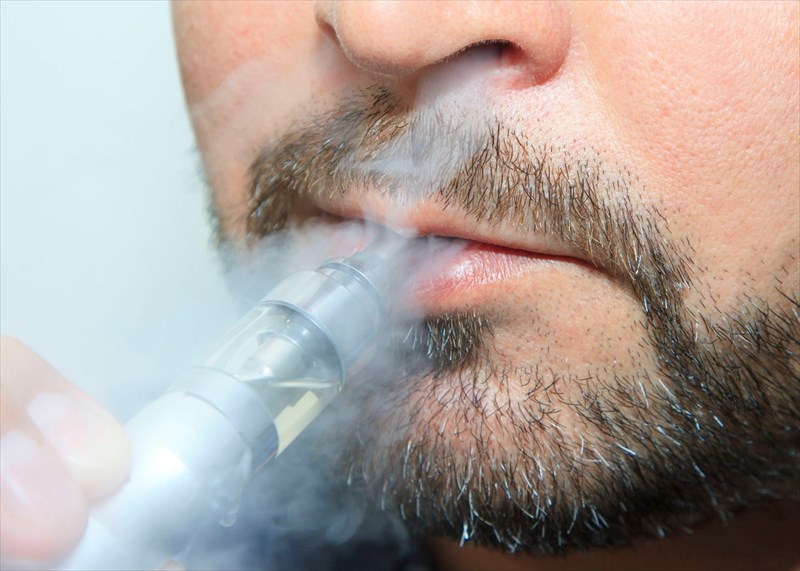 The warning comes after the discovery that these liquids contain tadalafil and/or sildenafil, two drugs commonly used in the treatment of erectile dysfunction (ED). In October 2018 the FDA warned HelloCig to comply with their order to withdraw the e-liquids, which they were marketing as 'FDA approved vaping liquids', due to consumer health concerns. To date the company has ignored the warning and not complied with the order so the FDA has taken it upon themselves to now warn consumers directly.

While tadalafil and sildenafil are active ingredients in FDA-approved pharmaceutical drugs like Viagra and Cialis commonly prescribed to treat erectile dysfunction, these medications were designed to be swallowed and are not approved for use in e-liquids or without a prescription. This makes the sale of HelloCig's e-liquids illegal.

In addition, despite the fact that one of the liquids was depicted next to a bottle of Cialis in the company's advertising campaigns, the inclusion of the active ingredients in the actual vaping liquid has not been disclosed by the manufacturer. The other liquid marketed next to a box of Acomplia (which contains the active ingredient rimonabant and is a prescription weight loss drug that was withdrawn from the market in 2008) to somehow imply that it aids in weight loss, contains no actual rimonabant, but has been found to contain undeclared sildenafil. 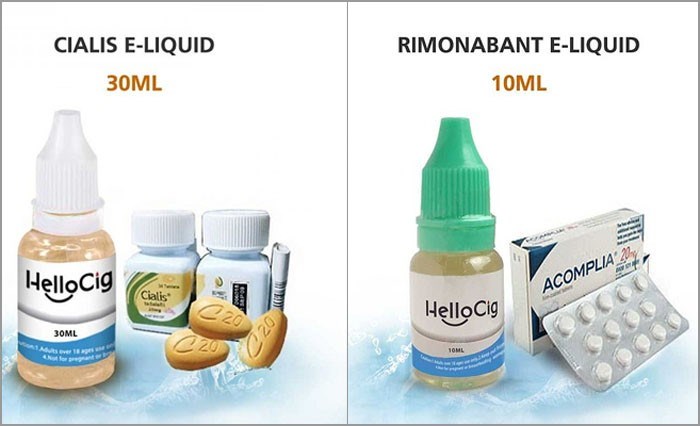 The inclusion of these active ingredients poses a potentially significant health risk to those unaware of what they are vaping, the greatest of which is to those taking prescription drugs that tadalafil and sildenafil may interact with.

Individuals being treated for high blood pressure, diabetes, high cholesterol and heart disease are often prescribed medications that contain nitrates. Tadalafil and sildenafil increase the effects of these, resulting in dangerously low blood pressure. When administered via vape, doctors believe there is no telling what may happen as all prescription medications for the treatment of erectile dysfunction that have made it through the trial and approval phases successfully have been for oral ingestion and not inhalation.

One of the major concerns is that substances delivered via inhalation as a result of e-cigarette use are delivered in higher concentrations at a rapid rate, which may have disastrous consequences for the user if hazardous hidden ingredients are contained in e-liquids.

The FDA has repeatedly stressed that no prescription drugs or any other medications that require medical supervision are approved for e-cigarette use. While marketers of e-liquids would have consumers buy into the concept of added vitamin delivery or the medicinal use of vaping, these claims are unfounded, largely inaccurate and could pose a risk to consumer health.

The news is sobering for consumers of e-cigarettes and liquids, as it is difficult and often impossible to tell what the various e-liquids actually contain. It is therefore advisable to steer clear of any manufacturers who:

If one does experience any adverse side effects after vaping, it is vital to report both e-cigarette use, and any prescription medications one is taking to a doctor in order for possible interactions between e-liquid ingredients and any medications to be taken into consideration when administering treatment.