Were people more to blame for the Black Death plague? 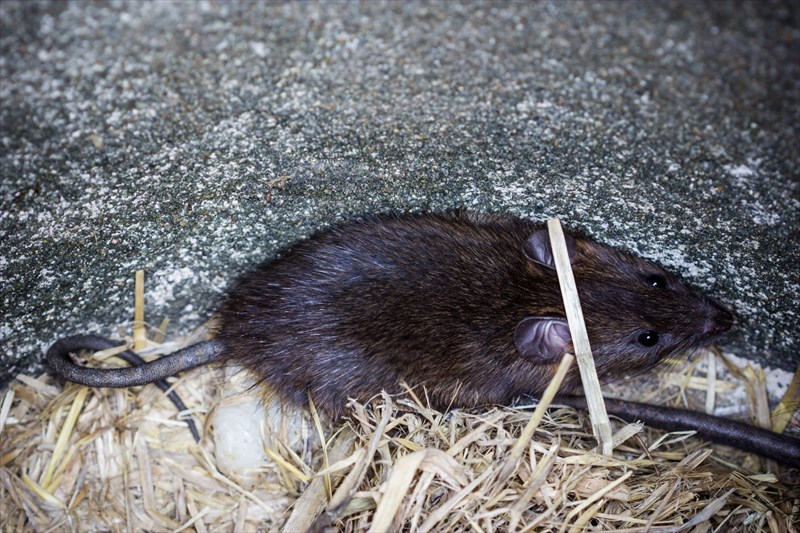 As the new research suggests, it was actually the Yersinia pestis bacterium predominantly carried by humans and not rats, as was previously believed, that caused the disastrous outbreak between the 14th and 19th centuries. So, it would seem that rodents have just possibly received a get-out-of-jail-free card, having been “wrongfully accused” of mass murderous destruction.

What was the ‘Black Death’ plague?

During the middle ages, a calamitous outbreak of the ‘Black Death’ plague (also known as the ‘Great Plague’) swept through Asia and Europe, costing the lives of millions. It is estimated to have sent close to 60% of the continent’s population to early graves, having been spread by, what has largely been believed to be, flea-infested rodents (mostly rats). (1) Of the most common infection carriers, black rats (Rattus rattus) were the most feared in society.

The ‘Black Death’ plague was the second of the three major pandemics recorded in history – after the Justinian Plague between the 6th and 8th centuries and before the Modern Plague of the 19th century.

Infections appeared to have originated in China around 1334, and spread via the great trade routes, reaching Constantinople (the capital city of the Roman / Byzantine and Ottoman empires) before taking hold in much of Europe. The effects were devastating and quite literally ‘wiped out’ entire town and city communities. In some cases, historians believe that infections were so devastating, that not enough survivors remained in some areas to even bury the numbers lost around them.

In those days, the cause was very much unknown and thus resulted in mass panic within communities when outbreaks occurred.

The most widely believed transmission theory

It was during the third pandemic (Modern plague), which also originated in China and resulted in around 10 million fatalities, that the causative agent was first determined – i.e. infectious flea bites and the association made with rodents as the primary carriers.

It has been believed that an overpopulation of rats in close proximity to people’s homes contributed to the problem, and as such meant that rats got to bear the brunt of blame. It has been widely accepted that rats were thus the mode of transmission that helped to spread the bacterial disease due to their large populations.

This theory places rodents at the source of the deadly bacterial disease. The Yersinia pestis bacterium is passed to fleas which feed on the blood of an infected rodent, transforming them into infectious carriers. The infected rodent soon dies, leaving a now infected flea to seek another host. Historians and scientific experts have thus far believed that this is what prompted fleas to target human beings who lived in very close proximity to these infected species. 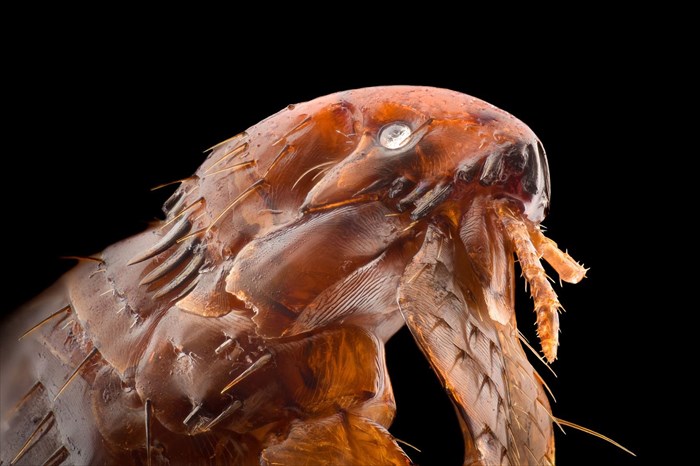 New research… a change in mindset

Since the ‘Black Death’ plague had such a devastating impact, and quite literally shifted the course of human history, understanding exactly how it was able to spread at the rate at which it did is very important so as to avoid it ever happening again.

Plague remains a serious modern-day health concern with odd outbreaks having occurred since the major pandemics, including the most recent flare-up in Madagascar, but has not resulted in nearly as much devastation.

New research, published in the Proceedings of the National Academy of Sciences on 15 January 2018, from a team at the University of Oslo (Norway) is questioning the old thinking that rats should take the lion’s share of blame for the devastating ‘Black Death’ period. The question mark has been created as a result of comprehensive analysis of European death statistical data spanning around 5 centuries and detailing 9 different plague outbreaks during the ‘Black Death’ pandemic.

Researchers are using the ‘Black Death’ plague pandemic as the marker for comparison since the speed at which it spread, how far-reaching it was and the amount of people it affected was far greater than other outbreaks. 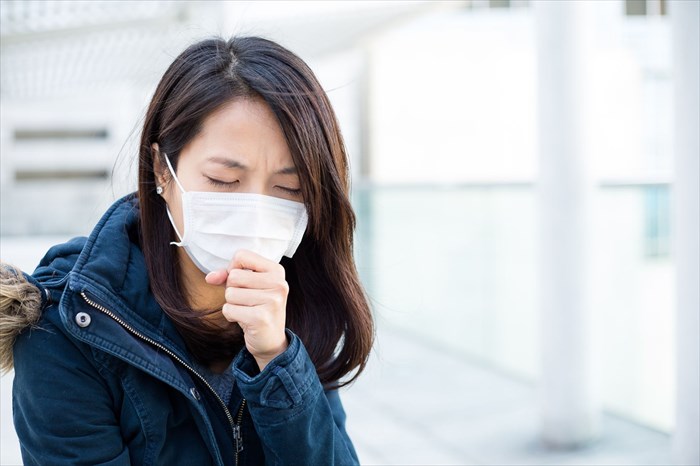 The mindset has now shifted from rats being the guilty party to perhaps humans. Why?

The research theorises that the rapid transmission mode mainly originated from ‘human ectoparasites’ (like Pulex irritans / the ‘human flea’ and Pediculus humanus / body lice). This means that infected fleas originally resided on human beings, serially biting others, and thus did not (for the most part), seek out people as a new host / substitute for rat populations. The human ectoparasites mainly fed on infected humans and not necessarily rats.

But that doesn’t mean that rodents were not part of the picture – they certainly did (and continue to) have something to do with the life-cycle of plague bacteria. Rats were affected, to some extent, by infected fleas. More recent plague outbreaks do appear to occur in rodent reservoirs of the world like Africa, Asia and the Americas, where both man and rodent live in very close proximity. Rodents are thus not being completely absolved.

Research has raised an important point in that their findings have not been able to pinpoint historical data which conclusively supports the presence of such large rat populations in Europe during that time, nor those which perished en masse (as would be expected). Simply put, there is little documented information stating that Europe had such widespread rodent populations, which would make some sense due to the climate conditions experienced in the area. Archaeological records don’t appear to note high populations of rats either.

What is notable is the documented high rates of household transmissions which took place, pointing researchers along another train of thought –that humans may have had more to do with the spread of disease.

If infected fleas originated from humans, how then did these parasites contract the Yersinia pestis bacterium? This is the new question now requiring further supporting evidence. Human fleas must have originally contracted the bacterium from somewhere in order to transmit it to people.

Surprisingly, not everyone has been able to agree on the exact mechanisms for the spread of the disease to date. Theories hovering over rats versus humans as carrier drivers of the disease have been tossed around in debate for years.

Many historians have long toyed with the notion since it is also entirely possible that human fleas and body lice could contract the illness from biting an infected human being. With human beings having lived in such close proximity to one another (often in crowded or refugee-like conditions), transmission could easily have occurred whereby infected parasites hopped on to the next, closest human.

The new theory isn’t just a case of circulating chitchat amongst historians. The clever brains of the Oslo research team have been applied in creating highly complex mathematical patterns (using Bayesian inference, a method of statistical inference), which show how the plague (through the various known mechanisms) can move through a human community differently to the manner in which it does in a rat population. Their equations factor in many variables and show the patterns between outbreak peaks and periods of disease respite, comparing what is known about how mechanisms (rats, body lice and fleas) could spread the plague in relation to their typical behaviour.

For the mathematically inclined, these model equations will be a fascinating read and can be viewed in the published online research paper here.

Co-author of the research study and University of Oslo computational biologist, Boris Valentijn Schmid, describes these equations as “…basically bookkeeping – you see how people move [in simulation].”

Schmid, together with doctoral research fellow at the University of Oslo’s Centre for Ecological and Evolutionary Synthesis, Katharine Dean, created and checked their three developed mathematical models numerous times in order to best match the mortality patterns of each plague outbreak. Data from these mortality patterns was acquired from various published books, articles and government reports (discounting irrelevant information such as natural birth and death records).

One model compared data findings with the theory that rats were the primary mechanism transmitting disease to human beings (the rat-borne plague / RP model). The second took on the assumption that infection was primarily transmitted between people from human fleas and body lice (the human ectoparasite plague / EP model). The third model theorised that transmission between people occurred through the air (which would occur in the case of pneumonic plague and is thus labelled as the pneumonic plague / PP model).

Within 7 of the 9 outbreaks being analysed, the team agreed that the human ectoparasite plague transmission model fit more so with the mortality record patterns than the original theory of rats or pneumonic influences as the primary mechanism for the spread of disease. From their research, human ectoparasite transmission best explains the pattern of plague deaths during an outbreak. In other words, the model findings show that ectoparasite infections better correspond with periods of high infectivity data in humans. Pneumonic and rat transmission mechanisms may apply, but not as predominantly.

The research team has effectively set new wheels in motion with their research / model findings and proposed theory. They believe that what they have been able to determine has opened a door to further research and that their mathematical models can now be further analysed with additional experimental data.

Dean and Schmid acknowledge that their models do not account for local conditions at the time of each outbreak, and this could be more carefully researched down the line. Conditions can include factors such as public health interventions taking place at the time of an outbreak, as well as famine or war. The developed models also do not show mixed transmission mechanisms or routes, and thus future research can now concentrate on determining the contribution of pneumonic spread of the disease which is known to have occurred during predominantly bubonic outbreaks. The full spectrum of influences (and there are plenty) are now on the table for further research.

Looking at data with this new perspective does hold potential relevance to more recent plague outbreaks. The perspective that humans were the primary mechanism does seemingly explain some very distinctive differences between past and more recent endemic outbreak data relating to the distribution and control of the disease.

The Oslo research team doesn’t seem to anticipate that their findings will sway certain experts and historians, however. It is expected that there will remain two very distinctive camps in terms of what experts in the field of specialised plague research will choose to believe – rat-model versus human-model modes of transmission. Perhaps, this is because much information still requires careful analysis and consolidation.

The purpose of the research findings is not aimed at stirring up controversy, and the team merely see themselves as having an objective involvement in the ongoing study of the bacterial disease. Perhaps Dean and Schmid have merely tapped into information that will lend a significant helping hand in both understanding transmission mechanisms better, and preventing further vector-borne infections of this nature going forward.

So, the rat may not be everyone’s favourite creature and is certainly regarded with much distaste in association with unhygienic conditions, but just might not be at the root cause of what drove such deadly illness at the start of the 14th century. Perhaps rodents, like humans, were as much victims themselves as they were disease transmission carriers. More research is sure to follow.