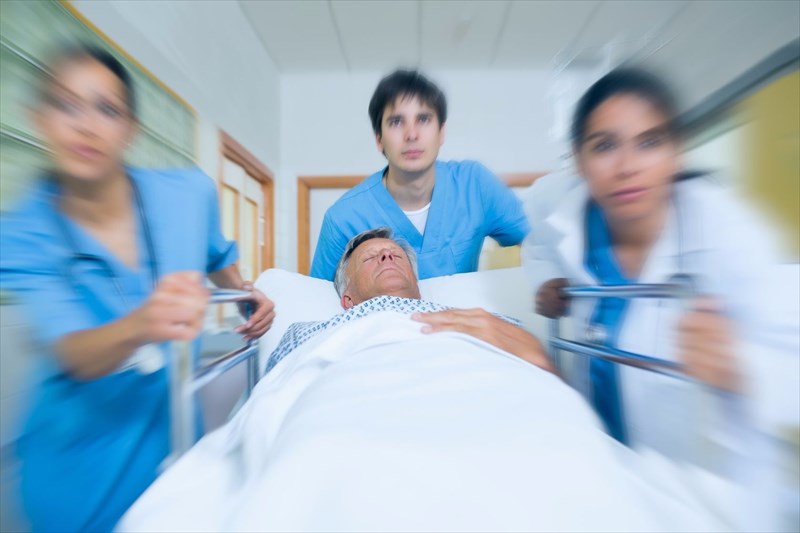 Normally, once a nutritious diet, rich in fibre, is gradually increased, a person should begin to feel well within as little as a few days. If not, it is strongly advisable to consult the treating doctor for a thorough check-up in order to provide any necessary intervention should any further complications have developed.

Receiving treatment and making necessary lifestyle changes are important for keeping the condition under control. If diverticulitis goes untreated further complications can occur, which can be serious and require surgical procedures to correct. These include the development of an abscess, fistula or obstruction in the intestine.

If any of the below occur, prompt medical attention is required:

What is diverticular bleeding?

Bleeding diverticula can lead to a considerable amount of blood loss, most often present in stools (faeces). Bleeding typically starts suddenly and generally stops on its own, without the accompaniment of abdominal pain.

It is rare, but possible, to lose enough blood that a person becomes weak and lightheaded. Any blood loss noticed must be assessed by a medical professional as soon as possible.

Bleeding generally occurs when blood vessels leading to the small blisters, sacs or pouches break open due to pressure, inflammation or infection. Signs that this has taken place are sudden bleeding (most often without pain) from the rectum that is dark red, maroon or in the form of bright red clots.

Bleeding also stops on its own (but should not be regarded as resolved). Risk for bleeding increases if a person regularly takes aspirin (more than 4 days a week).

Diverticular bleeding may be diagnosed with one or more tests following a physical examination by a medical doctor. These can include a colonoscopy and / or a technetium-labelled red blood cell bleeding scan (a radioactive material called technetium is added to a blood sample and when injected back into the bloodstream can help to trace the source of the bleeding along with an angiography scan).

Treatment depends on the amount of blood lost. Bleeding that does not stop on its own may require hospitalisation and involve the administering of intravenous (IV) fluids, medication injections or blood transfusions. In severe cases, surgery may be necessary to remove infected portions of the colon to prevent further complications.

PREVIOUS Diagnosing and treating diverticulitis
Back to top
Find this interesting? Share it!