How does Down syndrome affect the body? 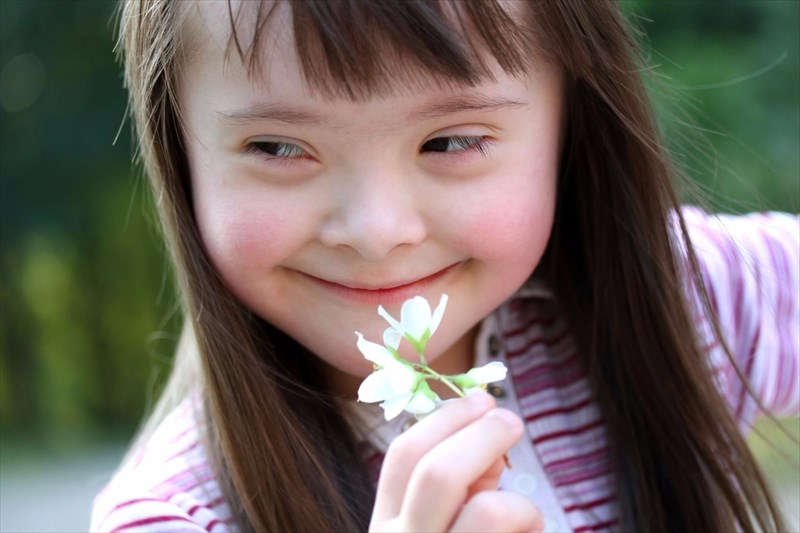 How does Down syndrome affect the body?

Recognising the signs and symptoms

The general physical characteristics of Down syndrome include:

Babies with Down syndrome may also show signs of decreased muscle tone (hypotonia or floppiness) shortly after birth. As a child grows abdominal muscles (belly muscles) which are low in muscle tone can protrude (stick out). A baby may be born at a normal size, but does not typically grow and develop at an expected healthy pace. Babies experience delayed growth, often not reaching the average expected height or achieving developmental milestones at the rate normal infants and children would.

Normal cognitive development is also a distinctive characteristic of Down syndrome. A person with the condition will experience difficulties in learning (cognitive function), thinking, reasoning and understanding for their entire lifetime. Intellectual disability is quite variable but is usually mild or moderate and can be appropriately managed.

Scientists do not yet have a clear understanding as to which of the several hundred genes in chromosome 21 directly impact cognitive ability. The cause of this dysfunction is thus largely unknown, but it has been determined that the average brain volume is smaller than that of an unaffected person. The hippocampus and cerebellum (brain structures) do not function effectively. Normally, memory function (short and long-term) and learning ability is made possible in the hippocampus structure of the brain.

Speech delays and slow development of fine motor skills are also key characteristics. Skills such as sitting, standing and walking take longer to develop. It may be a little difficult to understand the speech of a person with Down syndrome as well. Speech therapy can help with expressive language and overall communication.

Children are capable of being taught how to learn and lead fairly individual lives but need appropriate help whilst growing up, often requiring additional assistance through the schooling years.

Individuals with Down syndrome typically learn continuously, slowly picking up new skills throughout their lives. This applies physically and mentally, as well as when it comes to developing social skills. A gradual decline in thinking ability may occur as an individual reaches the age of 50. This places a person at risk of disorders whereby a gradual loss of memory and judgment occur at a far earlier age than a normally developed person.

Delays in both mental and social development can also result in:

Other medical conditions which can occur include:

Many children with Down syndrome may not begin their lives with congenital defects and lead relatively healthy lives (with occasional infections or other mild, but treatable problems). For others, overall health problems are more severe or more frequent. Usually those born with congenital defects have the most frequent health problems as they grow.

PREVIOUS Is it known why Down syndrome happens?
NEXT What risk factors are associated with Down syndrome?
Back to top
Find this interesting? Share it!