Could a simple eye test identify the risk of dementia development? 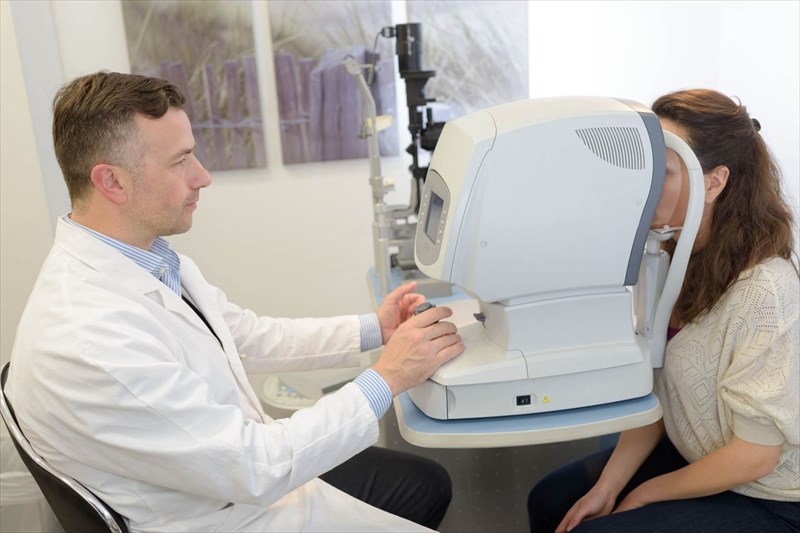 News headlines claiming that a simple eye test carried out at a local optometrist could help to predict who is at risk of developing dementia are making the rounds this week.

The news comes after the Journal of the American Medical Association (JAMA) published a study which, using optical coherence tomography (the same kind of eye testing equipment that you'd find at your local optometrist), explored the link between retinal nerve fibre layer (RNFL) thinning and future decline in cognitive function in adults.

The study's findings revealed that having a thinner retinal nerve fibre layer (RNFL) was associated with decreased cognitive function in individuals who do not suffer from a neurodegenerative disease (these types of disease can cause thinning of the retina, the sensory membrane lining the inner surface of the back of the eyeball) and indicated a likelihood of cognitive decline in future. The researchers concluded that their findings had implications for future research in identifying screening tests that could predict cognitive decline and be used in the prevention and treatment of dementia.

This led many leading news agencies to directly link signs of a thinning retina with the development of dementia. However, the correlation between these findings and what they mean in terms of dementia screening and research is not that black and white at present.

Let's examine the various aspects of the terms involved and the study factors in-depth to gain a better understanding as to why. 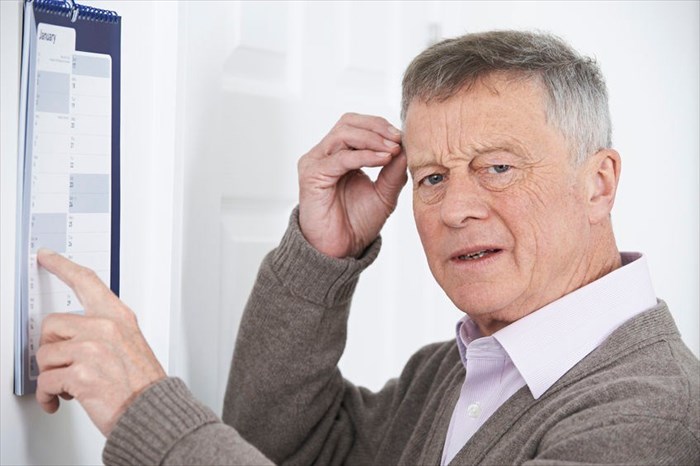 By definition, cognitive function relates to one's ability to correctly recognise and manage complex internal and external stimuli. This involves a number of mental processes and abilities, and includes functions like:

Cognitive decline is a natural part of the ageing process in many and generally means that the brain simply doesn't work as well as it once used to in one or more of the above-mentioned areas. This is because with age, the nerve cells (neurons) responsible for these abilities also age and their functional speed decreases, leading to a slowing of the processes they manage. This does not occur uniformly in all individuals or areas of the brain, as such, there is great variability in whether and how this process affects each of us1.

Dementia is a general term for the chronic (long-term) impairment or loss of cognitive function (i.e.mental abilities like logical thinking and reasoning, learning, memory, language, social skills etc) that is severe enough to compromise an individual's daily functioning. A detailed discussion of the early signs and symptoms of dementia can be found here.

Alzheimer's disease is the most common type of dementia in the aged, accounting for between 60 and 80% of all dementia cases2.

What is Optical Coherence Tomography?

Optical coherence tomography (OCT) is a specialised but widely used, non-invasive eye test that allows an optometrist to examine the eye's retina (a layered, light-sensitive tissue that lines the inside of the eye, covering approximately 65% of the interior surface). This form of testing is used to screen for the early stages of eye disease. As part of this process, retinal nerve fibre layer thickness is calculated.

What does the retina do and how does thinning of the retinal fibre layer relate to cognitive function? 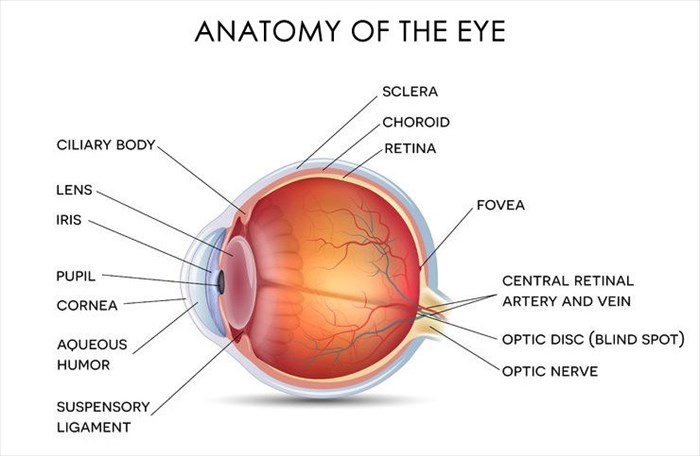 The retina functions like a camera, the eye's optical components focus an image in the form of light onto the retina, when the retina receives this light input, a series of both electrical and chemical events are initiated. Retinal nerve fibres then convert the light into neural (nerve) signals and transmit these to the brain for visual interpretation, which results in a person seeing images.

The retina consists of ten layers in total, one of which is the retinal nerve fibre layer (RNFL). This is made up of an expansion of nerve fibres from the optic nerve (the nerve that carries neural signals from the retina to the brain for interpretation). It is thickest at the optic disc (the part of the retina which the optic nerve and blood vessels pass through to connect to the back of the eye) and thins out toward the ora serrata (an anatomical junction between the retina and the ciliary body which is part of the eye that includes the ciliary muscle that controls the shape of the lens and produces the vitreous humour – the gel that makes up the eyeball). 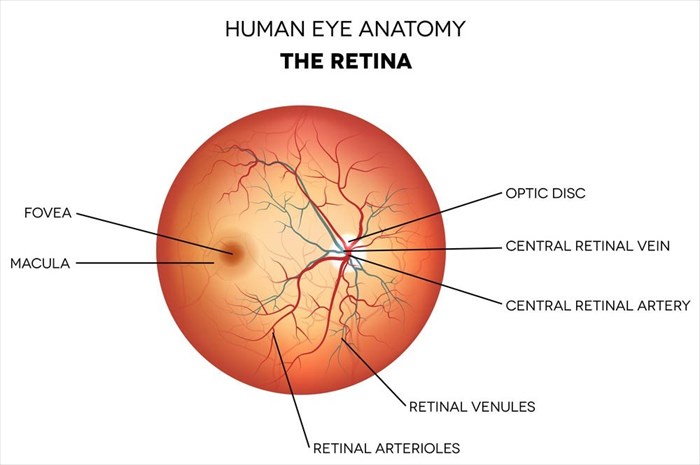 Research has also revealed that the RNFL is thinner in those with neurodegenerative diseases (i.e. diseases that result in the progressive loss of function or death of nerve cells) that are associated with cognitive decline and memory loss like Multiple Sclerosis and dementia (more specifically Alzheimer's Disease)4.

At this stage however, it remains unclear as to whether the thinning of the RNFL occurs as a result of a loss of brain matter, or if the same disease process present in these conditions affects both the brain and retina (seen as though the retinal nerve fibre layer is an expansion of the nerve cells of the optic nerve and forms part of central nervous system function).

A closer look at the study

The study, entitled "Association of Retinal Nerve Fibre Layer Thinning With Current and Future Cognitive Decline5" was conducted by a group of researchers from the Universities of Oxford, Edinburgh, University College London and Topcon Healthcare Solutions Research and Development.

Researchers used data from an ongoing cohort community study (a study that examines a group of people with certain characteristics over an extended period of time) conducted by the UK Biobank that is examining 502,656 healthy individuals, aged 40 to 69, who are registered with the UK's National Health Service (NHS) and live in the same community.

While data has been collected from these individuals since April 2007, eye examinations and brain function tests were only added to the list of tests in 2009 and 2010 and were only carried out on 119,573 of the 502,656 subjects. Of these, just 67,321 had an optical coherence tomography (OCT) test.

The researcher's involved in the recent study excluded all subjects who had issues with their eyes due to conditions like glaucoma and diabetes or who had recent eye surgery. 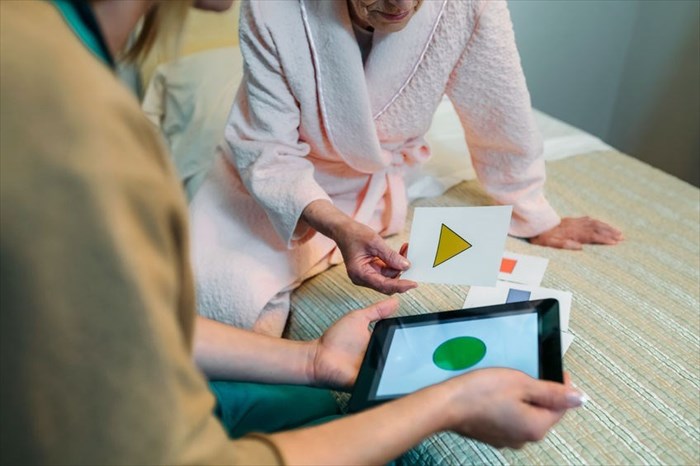 The four basic brain tests that were conducted during 2009 and 2010 as part of the larger study, aimed to examine the following:

32,038 individual's (with an average age of 56) results were analysed. The same tests were repeated a few years later on just 1,251 of these participants (approximately 4% of the original sample).

Based on this information, researchers in the recent study examined the link between RNFL thickness and brain function, considering the possible confounding factors (i.e. variables that may influence the result of the findings) such as age, gender, ethnicity, various factors related to the eyes such as ability to focus and pressure, as well as education levels and socioeconomic status.

Researchers found that within their sample, those with thinner retinal fibre layers obtained poorer brain test function scores. Those with the thinnest RNFLs were 11% more likely not to pass at least one brain function tests.

In the follow up tests which were conducted on just 4% of the original sample a few years later, those with the thinnest retinas were twice as likely to achieve lower scores than their original results.

Based on these findings the researchers concluded that having a thinner RNFL is associated with poor cognitive function in healthy individuals (i.e. those not suffering from a neurodegenerative disease) and also were more likely to display signs of cognitive decline in the future, mentioning that these results had implications for future research and the prevention and treatment of dementia.

However, this closing statement has been largely misinterpreted and communicated by the mainstream media. While the findings do indeed prove the link between RNFL thickness and decreased cognitive function and future decline, and this may be a helpful factor in diagnosing dementia in future, it doesn't directly mean that retinal thickness alone can predict or indicate the likelihood of developing the condition.

While the study is interesting and will probably provide a basis for further research, there are some shortcomings, namely:

At present, whether this form of eye testing can predict cognitive decline and the development of conditions like dementia is unclear and further research is required. Regardless of the outcomes of future research, it is still highly unlikely that a complex disease like dementia will ever be diagnosed based only on a single eye test conducted by a local optometrist. Instead if RNFL thinning can be directly linked to dementia in future, then this test may form part of a greater diagnostic process.

Until more concrete evidence is established, if you do experience the symptoms of cognitive decline or impairment that affect your daily life adversely, have issue with your vision, or both, your GP and optometrist will be able to run some basic tests and based on the results, advise you on how to proceed.