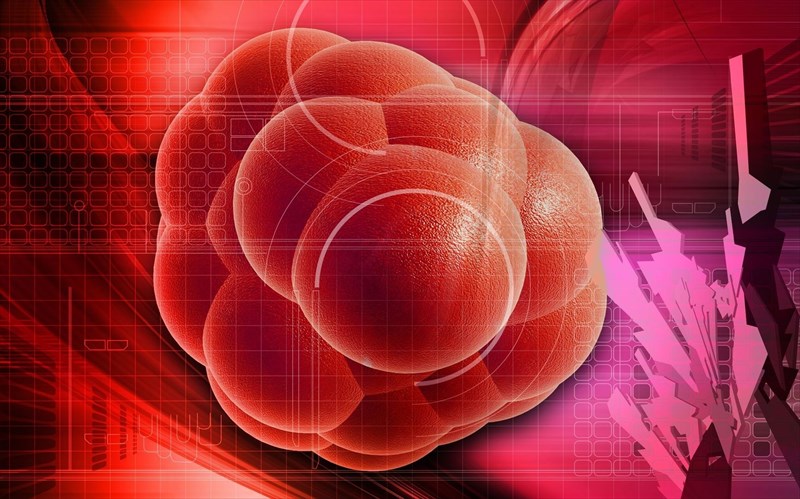 Developing a treatment option that could potentially halt Multiple Sclerosis is the hope of researchers looking for a better means to combat this immune-mediated inflammatory condition. Can a stem cell transplant really be the key to a potential cure for MS?

What is multiple sclerosis (MS)?

To understand just how haematopoietic (bone marrow) stem cell transplantation (HSCT) could be beneficial to multiple sclerosis sufferers, it may be useful to gain a clearer idea of just what MS is as a medical condition and what current treatment measures are able to achieve.

An inflammatory disease that is immune-mediated (i.e. the body’s own components attack it, disrupting normal function), MS begins by following a relapsing-remitting pattern that entails transient (short-lived) episodes of central nervous system-related problems which result in progressive neurological degeneration.

Myelin, a fatty white substance that is responsible for the sufficient functioning of the nervous system, surrounds the axons (or nerve fibres) of nerve cells. This provides an electrically insulating layer (or coating) that is required for normal CNS (central nervous system) function, facilitating the conduction of nerve impulses from the brain to various parts of the body. Destruction of this coating (known as demyelination) results in inflammation and the gradual loss of function necessary for optimum vision and movement.

Although demyelination is known as a key component in the development of MS, the direct causes of the condition are still largely obscure. It is believed that genetic factors along with non-genetic triggers (like vitamin D deficiency and the impacts of viral infections) as well as other environmental factors all play a role in developing what is described as a ‘self-sustaining autoimmune disorder’ without a cure. 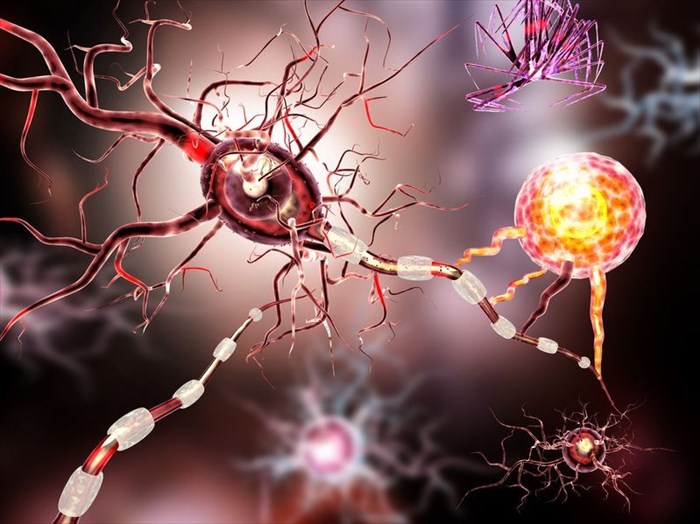 Recurring immune attacks on the body’s CNS result in demyelination and produce a lengthy list of general symptoms which include: 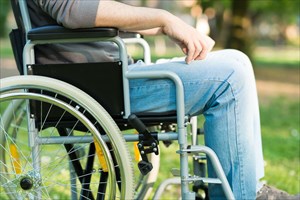 Since the impact of MS can be so extensive, the condition is categorised by various clinical classifications. The frequency of clinical episode relapses, the time it takes for the condition to show symptom progression and the development of lesions (most often affecting the spine) are key factors in the clinical classification of MS. The majority of cases are classified as RRMS (relapsing-remitting MS), followed by secondary progressive (SPMS), primary progressive (PPMS) and progressive-relapsing MS (PRMS).

Less than complete recovery from recurrent attacks is believed to strongly contribute to the progression of MS, resulting in clinical deterioration and further relapses during the course of a person’s lifetime. Inflammatory events in the brain have been seen (through magnetic resonance imaging / MRI testing) to frequently occur between attacks too. Continuous disease progression over the years increases the risk for further disability, changing the classification pattern from RRMS to the more severe forms over time. As the condition progresses, treatment becomes increasingly difficult.

The diagnosis of multiple sclerosis is currently a lengthy business and relies on an extensive, multi-disciplinary workup. One clinical MS episode may not be sufficient enough to distinguish it from other neuro-inflammatory conditions, or for a concrete diagnosis to be made. It’s important for an accurate diagnosis to made timeously so as to implement the most effective treatment plan possible.

It is estimated that as many as 2.1 million people are diagnosed with MS across the world. (1) A significant portion will develop progressive physical disability (SPMS) within 20 to 25 years of disease onset or diagnosis). (2) Treatment is an important means of slowing down disability factors as a result of disease progression and preventing risk factors for secondary complications.

Early diagnosis for MS counts for a lot and is regarded as highly important when it comes to the effectively managing the disease. The sooner medical intervention can be implemented, generally the better a person’s overall quality of life.

The best treatment plan involves a multidisciplinary approach and this can be costly. The various treatment approaches address areas of the body most affected by the condition and better enable an MS sufferer to function as normally as possible for the remainder of their lives. It truly takes a team – everyone involved plays their part. Frequent medical consultations with various specialists become ‘the norm’ for a person living with MS.

Currently treatment for RRMS focusses on IMT (immunomodulatory therapy) / disease-modifying medications aimed at limiting or reducing the frequency of relapses and also hindering the speed of disease progression. Plasmapheresis (plasma exchange) is another treatment process that may help to manage severe attacks in the short term.

The nature of a person’s condition (i.e. the stage of MS development) and various symptoms exhibited will guide a treating physician with regards to selecting the most effective treatment option available. There are numerous FDA-approved (U.S. Food and Drug Administration) medications available to treat MS patients prone to relapses and those in the progressive stages of disease development too.

Pharmacological / medication-based therapies, thus far, have been shown to be the most effective means of managing MS symptoms ranging from cognitive dysfunction, depression, fatigue, pain, spasticity problems, walking challenges, seizures, bladder and bowel problems and tremor, to name a few. In some cases, surgical procedures may also be required.

Those who experience problems with gross motor skills can also benefit from physical therapy sessions, wherein exercise and stretching programmes to help with reducing mobility issues and improving a person’s overall range of motion are provided. Occupational therapy is another useful rehabilitation tool to improve a person’s overall functional abilities in daily life, and involves mentally stimulating exercises, adaptive equipment, assisted technology and cognitive retraining. Speech therapy may also come in handy as part of treatment.

A condition for which there is no cure, like numerous others, is an area of interest for many medical researchers. Research is thus an ongoing affair and this means that various areas of focus are tirelessly being worked on to find a better means of caring for patients with MS. For some, it’s about improving current treatment options. For others, it’s about finding a cure.

Stem cell transplantation has been a focus of research for some time now and researchers feel that they are making some serious headway. MS is a complex medical condition that requires treatment with the capacity to better control and heal various disease mechanisms – autoimmune challenges, loss of CNS cells and the inability to regenerate new, healthy cells.

This is where research into stem cells has offered some hope. Stem cells have regenerative qualities and are quite flexible in that they can grow into numerous different types of cells, including those which produce the myelin coating – oligodendrocytes. Stem cells have thus been seen to help modulate the immune system, making them potentially useful for correcting autoimmune challenges.

HSCT has been researched and used as a means to treat blood cancers, and is now an area of research that is growing, with increased interest in its viability in the treatment of MS.

Autologous hematopoietic stem cell transplantation (AHSCT) is one area that has been explored and shown some promise with regards to slowing down disease pattern progression and possibly repairing some damage caused to the CNS. (3) A key take-out is that patients with relapsing-remitting forms of MS have appeared to fare better with this form of treatment and further research may help to identify why.

Stem cell transplantation may be effective because newly transplanted cells do not appear to carry the same ‘programming’ / memory as those involved in ‘attacking’ myelin layers and causing inflammation and are thus expected to function in a healthier pattern. In this way, autoimmune components of the disease can potentially be hindered.

An international research team has been looking into a new means of treatment that they hope will provide a significant breakthrough for some MS patients. So far, the team have been able to determine that patients with certain forms of MS may benefit from their research with HSCT, experiencing fewer relapses once a stem cell transplant has been completed.

So far, the results are in preliminary stages, and as such have not been published in appropriate journals. The team feels, however, that the initial findings are promising enough to celebrate and share with the world.

During a presentation at this year’s EBMT annual meeting, the team shared that their study involved 110 participants with diagnosed RRMS from various corners of the world – Chicago (USA), Sao Paulo (Brazil), Sheffield (UK) and Uppsala (Sweden). Participants were randomly selected to receive either standard first-line treatment for MS symptoms (and formed part of the control group) or a stem cell transplant.

The transplant group underwent chemotherapy to eradicate the body of any current immune cells attacking myelin. This was intended to destroy the faulty components of the immune system. Medications were then taken to lure stem cells out of the bone marrow and into the bloodstream, so that a new set of immune cells could begin circulating. Stem cells were then extracted from the blood and reinfused, helping to restimulate the immune system and effect a more normal function.

New cells do not seem to immediately launch a full-blown attack on the body once released into the bloodstream. It is believed that environmental factors, genes and even diet are involved in stimulating the immune dysfunction effect over time.

In a way, the process is like a reboot of the immune system, ‘wiping out’ destructive cell varieties and encouraging healthier cell function thereafter. This type of ‘system reset’ was expected to have an impact on disease progression, and it seemingly did.

Positive results aside, the team agree that much more research is required before anything can be set in stone. It is necessary to determine at what stage of the disease such a treatment option may be most effective, and whether more progressive forms of MS stand to gain some benefit too.

Gauging from this trial, conditions that are diagnosed early have the best chances of success, as the focus was placed on patients with relapsing conditions (attacks followed by periods of remission).

Research is yet to tackle a more effective treatment option with regard to those exhibiting more progressive symptoms. It is well known that the more progressive the disease, the trickier it is to treat, and a sizable portion of the world’s population of MS patients are in this boat.

Another downside is cost. HSCT is an expensive process requiring specialised care centres and expert medical professionals and neurologists familiar with the transplant technique. A drawback for RRMS patients that are eligible for treatment is that HSCT isn’t the most comfortable process – chemotherapy and several weeks in isolation in hospital may be difficult and arduous for a patient to endure, but if all works as expected, it could be more effective than current clinical treatment options.

For one participant, this trial has given her the silver lining anyone with diagnosed MS could hope for. Diagnosed at the age of 28, Louise Willets (now 36) from Rotherham (South Yorkshire, UK) felt that the condition ruled her life.

“I lived in fear of the next relapse. The worst time was not being able to get out of bed because I had no stability in my body - I struggled to walk and even spent time in a wheelchair” she says. She is now symptom-free. “It feels like a miracle,” she adds.

For now, HSCT is experimental, but with promising potential for RRMS patients around the world. There are sure to be further developments and more extensive clinical trials as researchers gain more knowledge and understanding as to how autoimmune destruction can be destroyed itself. If not just as a better treatment option, researchers are surely eyeing HSCT as a possible cure for MS. It’s worth watching this space.