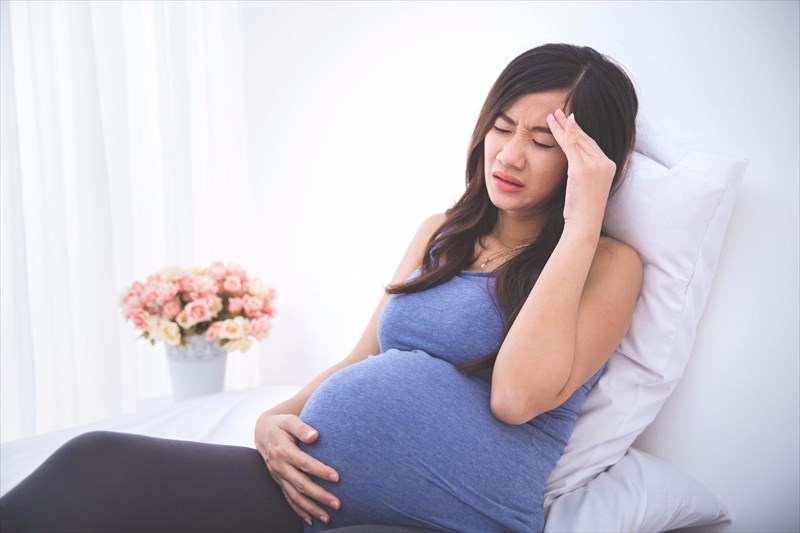 Is morning sickness a good or bad sign during pregnancy?

Since an exact cause is not yet something that is fully understood, it is not entirely accurate to say that morning sickness during the pregnancy is a good or bad sign. A severe case can have adverse effects on both the mom-to-be and her developing baby, but it has not been proved to be as debilitating as it can sometimes feel.

Certainly, a spike in hormone production, evolutionary adaptation and psychological influences are agreed to play some kind of role, but have not been independently linked as a cause, nor found to be distinctively good or bad.

Studies have surmised that morning sickness may merely be the body’s natural way of reducing the risk of early pregnancy loss (miscarriage), especially in women over the age of 30.

Does a lack of or very little morning sickness during pregnancy indicate a problem?

A lack of, or extremely mild bouts of morning sickness, does not appear to increase a woman’s risk for losing her baby during early pregnancy either. A lack of morning sickness does not necessarily mean that a woman cannot have a healthy pregnancy and baby, even though women who have miscarried typically have lower levels of hCG (human chorionic gonadotropin) at the time.

For some women, morning sickness can be fairly frequent or constant. For others, it comes and goes. Morning sickness fades at some point during pregnancy, usually towards the end of the first trimester. Fading morning sickness is not a red flag for an increased risk of miscarriage either.

Fluctuations are normal, and even though there can be large variations of morning sickness among expectant moms, doctors will generally not raise any alarm bells unless it is severe enough to begin causing distress to the body and develop complications.

When in doubt, consult a doctor for clarification and understanding about pregnancy symptoms, as a whole. A doctor can best advise on what is normal, and when to worry. It’s also important to keep in mind that every woman and every pregnancy is different. What works for one woman (or pregnancy) may not work in another.

PREVIOUS Treating morning sickness
Back to top
Find this interesting? Share it!