Hyperthermia as a palliative treatment measure for cancer 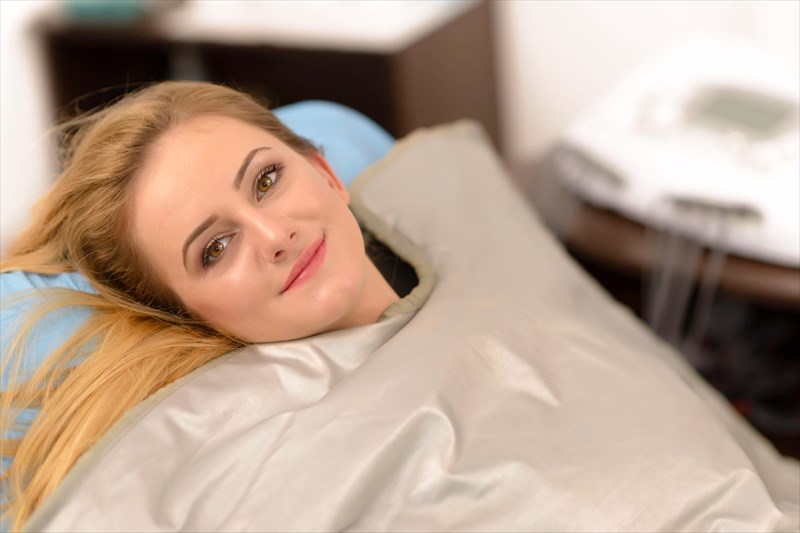 A state of hyperthermia as a potentially non-invasive treatment of malignant tumours in the body has been under intense research for some time now. The objective of hyperthermia treatment (also known as thermal therapy or thermotherapy) is to increase the temperature of a tumour in the body and in so doing, stimulate blood flow. This in turn increases oxygenation and sensitivity of the tumour cells, making them better targets for radiation therapy.

Hyperthermia treatment is thus being tested by radiation oncologists and research teams (so this technique is not yet widely available) as an additional method to be used alongside radiation therapy, giving specialists more control over malignant tumours, but without increased damage to healthier tissues, and other side-effects. In so doing, research teams and medical professionals are carefully assessing whether or not the practice can indeed adequately address the limitations of radiation therapy on its own, and increase potential for better outcomes. Radiation doses can be increased, but with fewer side-effects.

For those with various forms of cancer, who experience a recurrence of the disease, a second course of radiation is often not a good option for treatment due to the higher risk of healthy tissue damage. A second dose used in combination with hyperthermia treatment can potentially have a better effect on the cancerous cells of tumours with a reduced risk of side-effects and complications that can occur with just radiation therapy alone. In this way, re-treatment is being carefully looked at as a potentially more effective method for those with recurrent forms of cancer.

Body tissues are exposed to temperatures between 40°C and 45°C (104°F and 113°F). Targeted tissues are tumours located within a few centimetres of the surface of the skin. Those located deeper in the body, such as in the head, neck, breast or prostate are sometimes then reached via a probe. This carefully controlled heat damages the structure of cancer cells, killing them off (through a process known as thermal ablation). This allows for better shrinkage when combined with other treatment options such as radiation therapy or sometimes, chemotherapy too. Damaged cancer cells essentially become scar tissue and are allowed to shrink on their own for a period of time.

Increased heat in the body merely makes malignant cells more sensitive to radiation or chemotherapy, allowing the more traditional treatment to ‘do its job’ a little better with minimal harm to other portions of the body. Dual treatments will usually be scheduled on the same day (within an hour or so of one another).

During the course of carefully applying heat to the body, medical professionals carefully control temperature so as not to exceed 45°C (113°F). Specialists will also carefully monitor the effects on surrounding tissue during the heating process. Local anaesthetic will be used when inserting probes or needles (tubes with small thermometers attached) to keep a close eye on the exact temperature of heat being applied. In order to reach precise locations, imaging techniques such as ultrasounds, MRI (magnetic resonance imaging) or CT (computerised tomography) scans will be used.

What could go wrong with thermotherapy treatment?

Heating the body above its normal core temperature is not without risk. Researchers stress that heat can be administered to around 43 / 44°C (111°F) before increased risk to other healthy tissues is likely to become affected. The higher the temperature, the more likely various regional spots in areas surrounding targeted tissues will be affected as well (in some cases damage can be irreversible). Most of the time, damage may be temporary, however, and can be effectively treated should it occur.

Maintaining an exact range of temperature for a very specific period of time without affecting other tissue areas can be tricky. Not all body tissues respond in the same way to heat, with some (such as the brain) being more sensitive than others.

With high heat applied locally comes the risk of discomfort, pain, infection and potential blisters or burns to the skin, nerves or muscles in the area being treated. Methods using perfusion applications can also increase the risk of bleeding, tissue swelling and blood clots. If whole-body heating is administered, there is an increased risk of vascular disorders or cardiac conditions (complications involving the blood vessels, heart or other vital organs). Mostly a person is at risk of experiencing manageable discomforts such as nausea and vomiting and / or diarrhoea.

Is hyperthermia (thermotherapy) set to become a viable treatment option for cancer?

It is not yet a standard treatment practice and is still in the process of clinical trials. Long-term outcomes of using this method are also not yet known, making use as a standard practice a little way off.

Studies are ongoing and also include potential effects on patients also using certain anti-cancer medications. Some studies have not shown significant tumour size reduction following dual treatment or proven an increased rate of survival success. Clinical trials are also focussed on specific criteria, with many researching combination therapy effects, and others working to improve techniques used in applying heat for hyperthermia treatment.

For now, many agree that the future of these treatment methods appears promising, allowing for specialists and their teams to acquire new skills which may prove beneficial down the line for many cancer patients undergoing treatment.

PREVIOUS Can hyperthermia be prevented?
NEXT What is malignant hyperthermia?
Back to top
Find this interesting? Share it!