What are the phases and signs of hyperthermia? 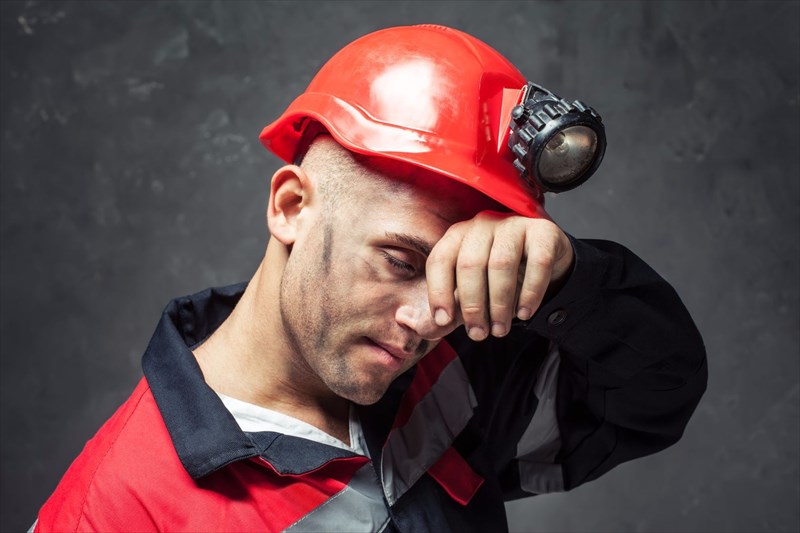 Hyperthermia (or heat-related illness) progresses in phases, each with distinguishable signs and symptoms affecting different portions of the body as a result. Without adequate treatment, illness progresses and reaches more severe stages requiring medical intervention (often to save a person’s life).

Here’s how to recognise the symptoms as hyperthermia develops in the body...  A person experiencing hyperthermia can experience all or some of the following phases and symptom developments:

Once temperature begins to rise above normal and cooling through perspiration becomes impaired (i.e. the body’s usual cooling mechanisms begin to become ineffective in regulating temperature to normal), the body enters a state of heat stress.

Signs of heat stress include:

Untreated heat stress or high heat exposure for a long period of time increases physical discomfort and begins to cause psychological strain as well.

Symptoms which develop over and above feeling uncomfortably hot, thirsty and dizzy include:

High heat exposure can also cause an electrolyte imbalance (an altered level of magnesium, potassium, sodium or calcium), resulting in heat cramps (usually felt in the limbs and abdomen).

Strenuous activity is another way heat cramps can occur. Sweating as a result of increased body temperature effectively depletes salt and moisture levels. A lack of salt in the muscles causes cramping which can be painful.

Symptoms which develop include:

Exposure to external heat which elevates body temperature for an extended period of time can also then lead to:

Fluid build-up in the body’s extremities is associated with the reabsorption of sodium (salt) into the bloodstream via the kidneys. Aldosterone, a mineralocorticoid hormone (steroid hormone), is released from the adrenal glands, stimulating reabsorption and thus aiding in the normalising of blood pressure (which may have begun to drop). Aldosterone is an essential hormone for the conservation of sodium in the kidneys, salivary glands, colon (gut) and sweat glands. Heat oedema can subside quickly if adequately treated.

Heat exposure can also react on the surface of the skin, causing clusters of small red pimple-like bumps or blisters, also known as miliaria. Pores in the skin (sweat ducts) become blocked (clogged) and sweat thus has no outlet from the body. Heat rash may be noticed mostly around the neck and upper chest areas, and also in folds of skin, such as in the armpits, beneath the breasts, groin, thighs and elbow areas.

Types of heat rash (ranging in severity) include:

Heat rash can resolve itself once body temperature is restored to normal, but if accompanied by fever, chills, pain and pus leaking from the bumps, medical intervention may be necessary.

Heat fatigue, cramps, oedema and rash can progress to a state of feeling faint. When this occurs, the body experiences a drop in blood pressure (sometimes heart rate as well), which results in a lack of sufficient blood flow to the brain. This temporary lack of blood flow can lead to what is known as the heat syncope phase. A blood pressure drop may be sudden, although temporary and result in a syncopal episode.

Lack of effective treatment or over exertion in a hot environment can easily result in feeling faint. Dizziness can quickly lead to light-headedness and loss of muscle control, and cause a person to faint (pass out).

Other signs which precede a syncopal episode may include:

If cooling measures are not implemented quickly enough, a person can easily lose consciousness. Consciousness may be regained within seconds or minutes once a person has fallen (light-headedness and loss of muscle control cause a person to fall) as blood flow to the brain returns. A person may show signs of confusion once consciousness is regained.

Physical effects which escalate further can then lead to a more serious stage, potentially requiring medical assistance, known as heat exhaustion. Once a person has reached this stage, the body is almost entirely unable to cool to a normal temperature naturally due to an excessive amount of water and salt lost through perspiration. Exhaustion can easily lead to serious complications associated with hyperthermia.

Body temperature may merely be mildly high (around 40°C or 104°F), but a person suffering from heat exhaustion will sweat profusely and display many of the aforementioned symptoms of the other phases (stress, fatigue, cramps, oedema, rash and potentially syncope). Breathing will likely quicken but become shallow.

If a person is unable to return their body temperature to normal due to high heat exposure (and often accompanied by high levels of humidity) or after sitting in a small confined space (like a car) with no air flow or air conditioning, and cannot improve symptoms on their own (within a few hours), medical attention is necessary to prevent further, more serious complications. Progression to heatstroke may be fairly quick if warning signs are not effectively treated to lower body temperature as soon as possible.

PREVIOUS Hyperthermia
NEXT Complications of heat-related illness
Back to top
Find this interesting? Share it!