How is measles spread and what are the symptoms? 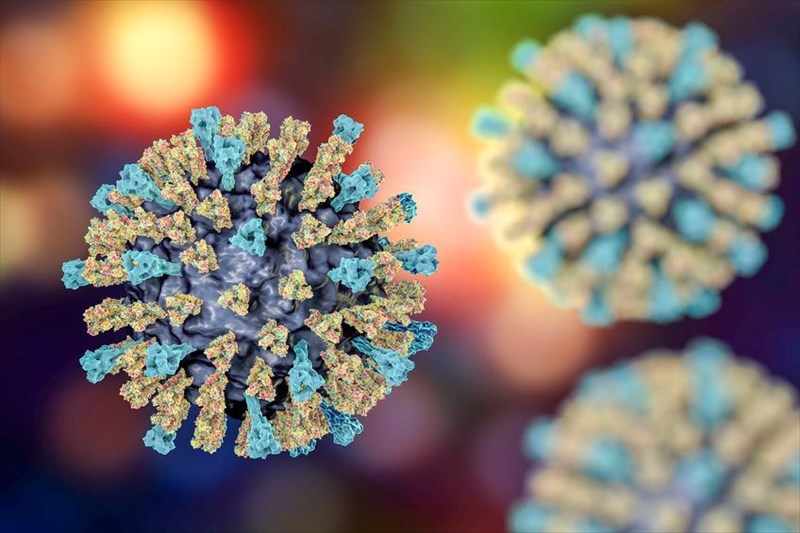 How is measles spread and what are the symptoms?

How did I get measles?

Measles is a highly contagious condition and is spread through being exposed to an infected person coughing or sneezing near you. As previously stated, the virus is transported via the mucus of an infected person. The virus can last for two hours in the airspace where an infected person may have sneezed or coughed. When other people in the infected space breathe in the airborne mucus or even touch the contaminated surface and then rub their eyes, or touch their mouths or noses, they are at risk of becoming infected.

This virus is so highly contagious that if a single person is infected, 90% of those coming into contact with the infected person will also contract the virus if they do not have immunity. Measles is only spread through humans and not via animals or other living things.

What are the symptoms of measles?

Symptoms of this disease tend to appear two weeks after infection. The following symptoms are common in measles:

A body rash is the most common symptom of measles and can last up to seven days. It generally appears within a week from exposure. The bumps are normally red and itchy. You are most at risk of infecting other people four days after the rash has developed.

Where does the measles rash start?

The reddish-brown or red rash will usually start as flat spots on the forehead and then spread to the rest of the face, neck, torso and arms, moving down to the feet and legs. Your fever and rash will normally disappear gradually within a few days but can last up to seven. You may be uncomfortable and itchy during this time. It is best not the scratch the rash as this may leave scars where the bumps were. Speak to your doctor about a cream or ointment to help soothe the itching should it become a nuisance.

PREVIOUS Measles (Rubeola)
NEXT Diagnosis and treatment of measles
Back to top
Find this interesting? Share it!