What are the causes, risk factors and complications of a peptic ulcer? 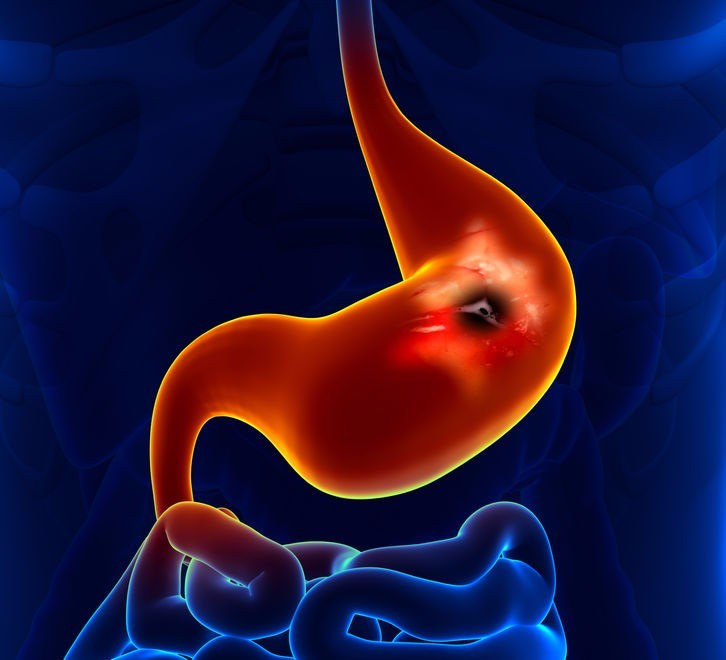 What are the causes, risk factors and complications of a peptic ulcer?

How does food get digested?

When we eat food, our stomach produces a chemical known as hydrochloric acid, as well as this, an enzyme termed pepsin is also secreted, this acid and enzyme combination aid in the digestion of food.

Food is then partially digested when it is in the stomach, and from here it moves to the upper part of the small intestine (duodenum) where the process of digestion continues.

A peptic ulcer may occur if the acid (hydrochloric acid) and enzyme (pepsin) create an imbalance in the lining of the digestive tract (either in the stomach or duodenum) and overcome the defence mechanisms in place in the digestive tract which usually aid in protecting the lining from these harsh substances. This may result in the mucous membrane (mucosal wall) eroding, and in doing so, an ulcer will form.

It was previously thought that the peptic ulcers were a result of specific eating habits that involved highly acidic foods and other lifestyle factors such as smoking cigarettes and stress. It is now evident that those who suffer from peptic ulcers may have an imbalance in the blend of pepsin and acid present in the digestive tract, combined with the failure of the digestive tract to protect its mucosal wall from these extremely harsh substances. 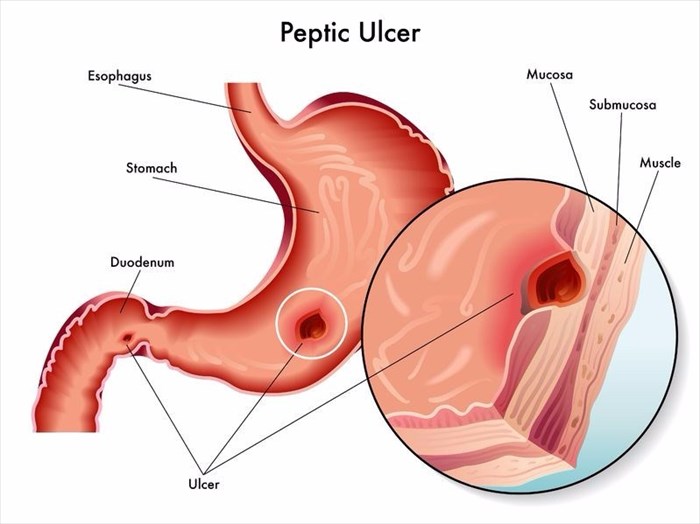 What causes a peptic ulcer?

Research conducted during the 1980s contained evidence showing that ulcers are often a result of the bacterial infections of the bacterium H. pylori (Helicobacter pylori). However, not all cases of ulcers are caused by the bacterium and can also be from the prolonged use of certain pain medications such as aspirin or nonsteroidal anti-inflammatory drugs (NSAIDs).

The three main causes of peptic ulcers that can damage the digestive system’s defensive ability or result in the accumulation of digestive substances are:

These causes are further explained below:

There are also some kinds of medical treatments and therapies that contribute to the formation of ulcers. The following are factors that may result in the weakening of the mucosal barrier’s ability to protect the digestive lining. These factors increase one’s chances of developing an ulcer and can slow the process of healing of any existing ulcers:

Further risk factors regarding anti-inflammatory medications and the development of ulcers include:

If you take these medications regularly then you should discuss what other options there are with your doctor. Particularly if you already suffer from heartburn or indigestion after taking them. 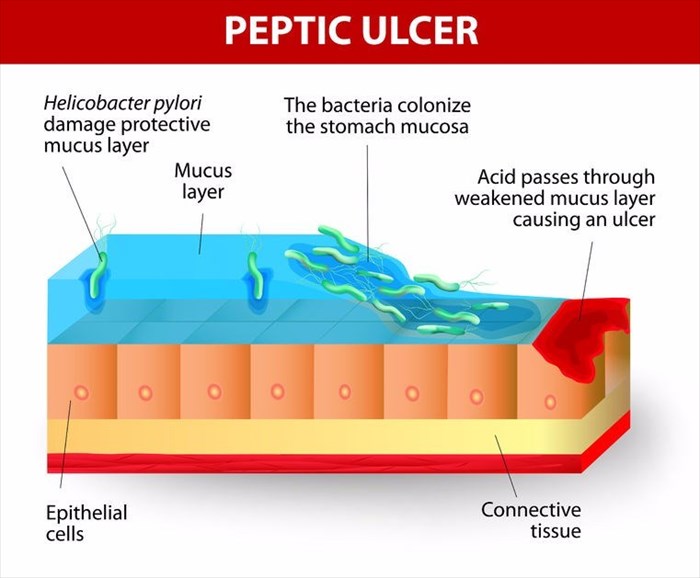 Other medical conditions and ulcers

Ulcers can also be linked to other medical disorders which include:

Complications of a peptic ulcer

If peptic ulcers are left untreated, they may result in the below complications:

Who is affected by peptic ulcers?

Peptic ulcers have been shown to be a common occurrence in the general population with roughly one in ten people having a peptic ulcer at least once in their life. Stomach ulcers can affect people of all ages but are commonly seen in those who are over the age of 60. Men are more commonly affected than their female counterparts.