Signs and symptoms of pneumonia 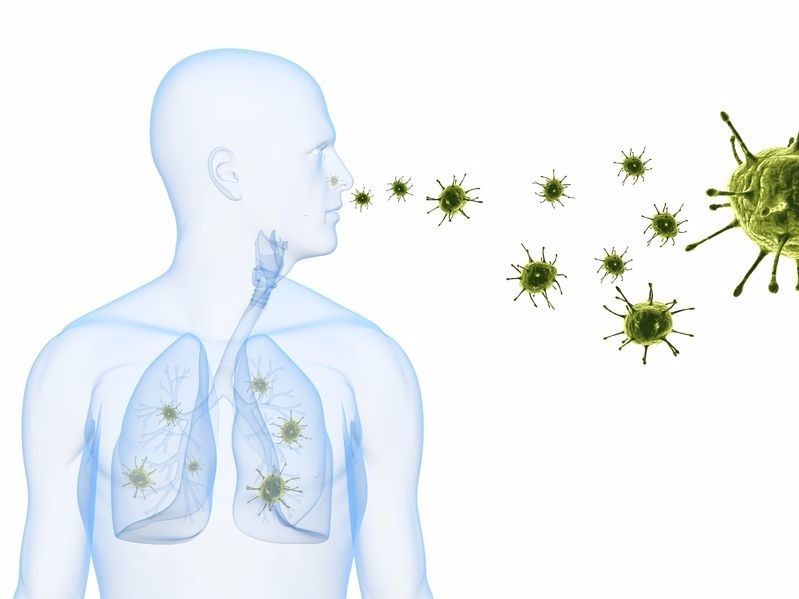 Symptoms of pneumonia tend to come about slower than those of flu, but faster than the common cold. Pneumonia is often a complication of these viral infections where the same organism is the cause of commonly experienced symptoms.

Symptoms for the common cold only affect the upper respiratory tract (nose and throat), whereas the flu virus reaches the lungs, affecting the respiratory system (nose, throat, bronchial tubes and lungs). In the case of pneumonia, flu-like symptoms worsen due to the presence of bacteria, fungi or virus.

Symptoms of bacterial pneumonia in individuals younger than 65 and in generally good health most often begin during or after an upper respiratory infection, such as cold or flu.

Non-bacterial pneumonia symptoms come on gradually and are often milder than those caused by bacterial infection. Many aren’t aware of their infection until symptoms start to appear and they begin to feel ill.

Common symptoms for both bacterial and non-bacterial pneumonia include:

Symptoms in children and babies

Symptoms in little ones may be subtler and are dependent on age. Infants younger than 1 month, in particular, can experience little or no energy, poor feeding, grunting and a high fever.

Children often experience the same symptoms as adults. Your doctor will be mindful of other conditions with similar symptoms as pneumonia, such as bronchitis, COPD (chronic obstructive pulmonary disease - note: COPD is not found in children), and tuberculosis, before making their diagnosis.

General things to look out for in babies and children are:

Seniors can experience different, fewer or even milder symptoms. It is common for an older adult to not experience a high fever or cough without the presence of mucus. One of the most telling signs of pneumonia in older adults is whether there is a definitive change in how clearly they are able to think. Along with signs of confusion or delirium, a lung disease which worsens is also more common in older adults diagnosed with the infection.

What happens when you have pneumonia?

Once infected with a pneumonia-causing organism, symptoms show up within 1 to 3 days. Sometimes symptoms can take up to around 7 to ten days to appear.

How long the infection lasts for, as well as its severity, depends on the following factors:

If the infection occurs in an individual that is generally healthy, symptoms can be reasonably mild and easily treated over a period of 2 to 3 weeks. Infections in older people, as well as those who have other known health problems, can take between 6 and 8 weeks to clear completely.

Where a milder case of pneumonia is diagnosed, it may not be necessary to be admitted for hospital care. Older adults are, however, almost always treated in hospital and tend to stay longer than younger people with stronger immune systems and no other medical concerns to recover. Older people are at higher risk and often tend to develop other medical concerns which need medical treatment.

PREVIOUS Pneumonia
NEXT Causes and types of pneumonia
Back to top
Find this interesting? Share it!