What types of steroids are there? 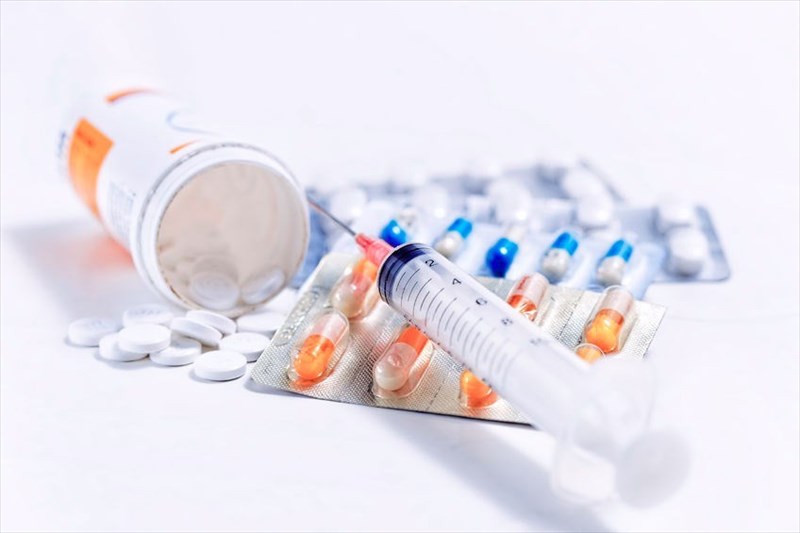 There are different types of steroids. Anabolic steroids are available as medications prescribed by doctors for patients suffering from muscle atrophy due to chronic disease such as AIDS and cancer. AAS can also be used for patients whose bodies no longer produce enough testosterone naturally and thus their sexual functioning and libido are impaired.

These drugs that include testosterone and growth hormone, are often used illegally without a prescription and are often abused in order to increase one’s athletic performance and appearance.

The platform for debate comes in regarding the positive effects of steroids in athletes as the results are often lean muscle gain and fat loss, therefore performance and general morale are improved. But, and this is a rather important ‘but’, the issue arises when anabolic steroids are used on a healthy person, as opposed to someone who lacks the anabolic hormones, the results, although more than satisfactory, can have some dire consequences as abnormally high levels of testosterone and growth hormone can upset the natural balance of the body.

There are a number of common AAS (anabolic-androgenic steroids) available, some of which are able to directly mimic the effects of natural testosterone, while other will cause the production of excess testosterone in the body through interfering with the natural regulation system of hormones, both kinds of drugs, however, have the same end result. The excess testosterone will affect every organ and cell function within the body.

Steroids have several chemical names, they also have trade names, or rather, ‘street’ names. One example of this is the chemical hormone known as stanzol which is manufactured and labelled Winstrol, often known as ‘Winny’ for short.

Depending on the type of anabolic steroid, they can either be taken orally through a tablet or pill form or injected. Injected forms of steroids are often higher doses and the effects are often more potent as the drug has direct access to the blood stream.

The different types of steroids explained

What are designer steroids?

Steroids that are manufactured to pass drug tests are known as ‘designer’ steroids, some of which include desoxymethyltestosterone and norbolethone. Because of these steroids, drug tests are constantly adapting to try and detect these synthetic drugs.

The below-mentioned drugs are the preferred choice when it comes to fat loss and lean muscle gain. These drugs are popular amongst athletes and are worth the mention in this article as the above classes of steroids are often stacked with them:

Also known as Clen, is a class of bronchodilator, meaning that is assists in the dilation of air passages that lead to the lungs. Clen is used medically for individuals with breathing conditions such as asthma. Athletes and a number of everyday people will use this drug to burn fat and gain lean muscle mass. Clen is not a steroid, but it is a popular drug in the class of performance-enhancing supplements and is often used illegally without a prescription.

Clen works through a process known as thermogenesis. This refers to the process of the drug triggering cells in the body to release heat. If your body’s temperature is increased, it means that your metabolism will work quicker, burning more fat and building more muscle as the absorption rate of nutrients is increased.

The process of the thermogenesis requires more energy, this leads to more of the food consumed being used for sustaining this function and in turn, not being stored as fat.

This popular diet drug poses the risk of side effects, as with a number of other diet pills. The issue comes in with the fact that clenbuterol is also absorbed by a number of tissues and organs in the body. This can lead to cell death, when cell death is experienced in the heart it can lead to heart failure. The toxic properties of the drug also play a role in liver failure and other conditions.

People who take clen will also suffer from shaking hands and body tremors, anxiousness and nausea. The thermogenic properties of clen can also result in nervousness, an elevated heart rate, muscle tremors and high blood pressure.

When this drug is used as a prescription drug for certain conditions such as asthma, however, unsupervised and off-label abuse of this drug can lead to severe side effects and dangers. These side effects have been proven to manifest in animals who have been given the drug, however, they are yet to be documented in humans. Doctors warn that using this drug can have long-term effects on the heart as the drug is bound to do damage to the cardiac muscle and cells.

Because the drug was first used to treat horses with lung conditions and breathing disorders, the drug is often easy to get hold of as anyone who owns horses can get a prescription from a vet.

Clenbuterol is a potent drug and bodybuilders and athletes who take it often do so in much higher doses than recommended. Any drug administered in high doses that is able to increase heart rate can have long-term side effects.

This kind of drug is actually a synthetic version of a thyroid hormone that affects your metabolic rate as it has a vital role to play in metabolising a number of substances such as fats, proteins and carbohydrates. T3 is used to treat individuals suffering from hypothyroidism (low thyroid function), meaning that their thyroid is not producing enough of this hormone naturally.

Those who have hypothyroidism have a slower metabolism and will find that their body retains fat more easily and fat loss is often extremely difficult.

Hypothyroidism will be treated through low doses of Cytomel in order to return the metabolism to its normal function.

T3 or Cytomel has become a popular hormone in the world of body building for fat loss and as such, is often abused and taken in higher dosages than required and/or recommended. When T3 is taken by someone with a healthy metabolism, this can upset the natural balance of hormones and result in adverse side effects such as weight gain when the drug is stopped and muscle atrophy if the individual is not eating enough and exercising too extensively for their body and muscles to keep up. With the fat reserves depleted, the body will turn to burning muscle as fuel.

PREVIOUS Using steroids
NEXT What are the ‘benefits’ of anabolic steroids?
Back to top
Find this interesting? Share it!