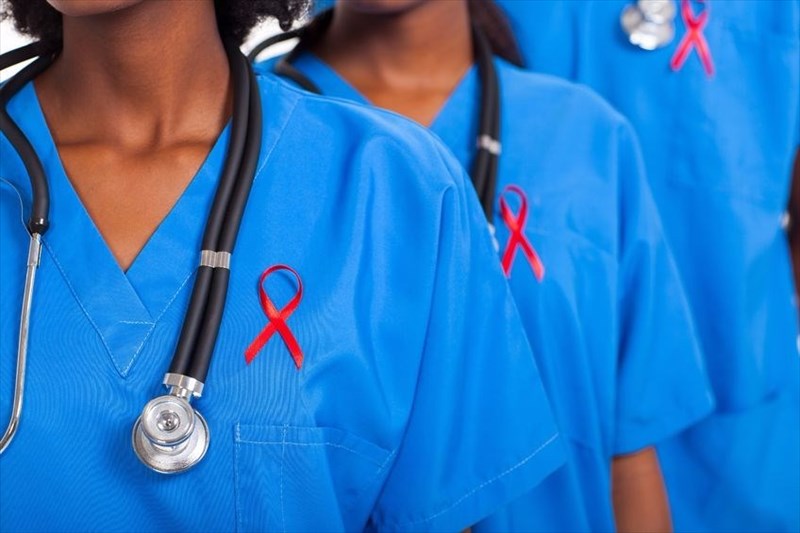 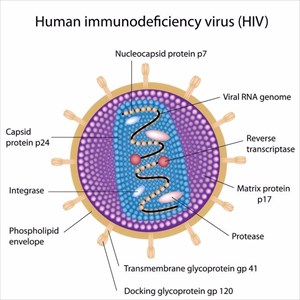 HIV (human immunodeficiency virus) is a medically classified disease which can lead to the development of AIDS (acquired immunodeficiency syndrome). A destructive virus without a cure, HIV constantly attacks the body’s CD4 cells (also known as T cells – these cells identify and destroy virus infected cells), effectively working against the immune system.

Normally the body’s immune system is able to fight off infection. The forceful nature of HIV means that the virus reduces the number of CD4 cells in the body, making an infected individual more vulnerable to a variety of other infections or other infection-related conditions, such as tuberculosis, candidiasis and cancer. The HIV virus uses proteins in the CD4 cells to produce a copy of itself, before destroying these cells.

This process is constant and can happen daily for as many as 10 years or more, even without the display of obvious symptoms. The constant battle within the body means that over time, it becomes more and more difficult for the body to protect itself and fend off illness. An infected person will constantly have their CD4 cell count monitored through treatment.

The virus is a life-long one with no cure and requires constant medical care and treatment in order to control it. Once infected, a person has a constant battle with a weakened immune system. The earlier an individual begins a treatment programme the better for their quality of life and ultimately, life expectancy.

One of the most important things regarding treatment with antiretroviral therapy (ART) is to prevent (or lower the risk of) further transmission (spreading of the virus), as well as to control the progression of the disease, prolonging the life of the infected person. If treatment is administered before the disease is too far advanced, a person’s life expectancy can be almost as long as someone without an infection.

The importance of testing can’t be stressed enough. It is the only way to determine the presence of the virus in the body. The process for testing is not nearly as complicated as you may think and can be requested at most medical clinics, hospitals, community health centres and even substance abuse programmes around the world. 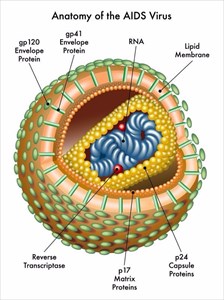 When a person is diagnosed with HIV, it does not mean that they automatically have AIDS. Acquired immunodeficiency syndrome is the most advanced state of HIV (i.e. the final stage) and effectively happens when the virus destroys so many CD4 cells that the body is barely able to fend off illness and disease. Not every person with HIV, however, will develop AIDS. The disease may never advance this far and can take years before an HIV infection advances to the stage of AIDS.

If it happens, what this advanced stage effectively means is that the body’s immune system is so badly damaged that a person is at their most vulnerable for a variety of what is often termed, ‘opportunistic infections’. ‘Most vulnerable’ means that a person’s CD4 cell count has fallen below the 200 cells per cubic millimetre of blood mark (200 cells/mm3).

AIDS is classified as chronic and is considered potentially life-threatening. The life expectancy once this stage is reached can be anywhere between a year (without medical treatment) to 3 years (with medical treatment). Before the development of medical treatment, the advancement from HIV to AIDS could progressively occur within a handful of years. Now, if treatment is administered early enough following diagnosis, an HIV positive individual may never reach the most advanced stage of the virus.

Upwards of 36.7 million people are currently living with HIV/AIDS across the world (as recorded at the end of 2015) according to UNAIDS (The Joint United Nations Programme on HIV/AIDS). Of these, an estimated 1.8 million infections are recorded in children. The vast numbers of infection mean that the disease is regarded as one of the world’s most serious health challenges.

NEXT Is HIV/AIDS contagious?
Back to top
Find this interesting? Share it!

Shingles is a viral infection, commonly known for its rash. it is the result of the chickenpox virus reawakening in your body, coming back as shingles. What happens to the body?

What is pneumonia and how serious is it? Find out all you need to know about the condition here...

Headaches. We all get them. When is a headache something to worry about? What are the different type and how should a headache be best treated?