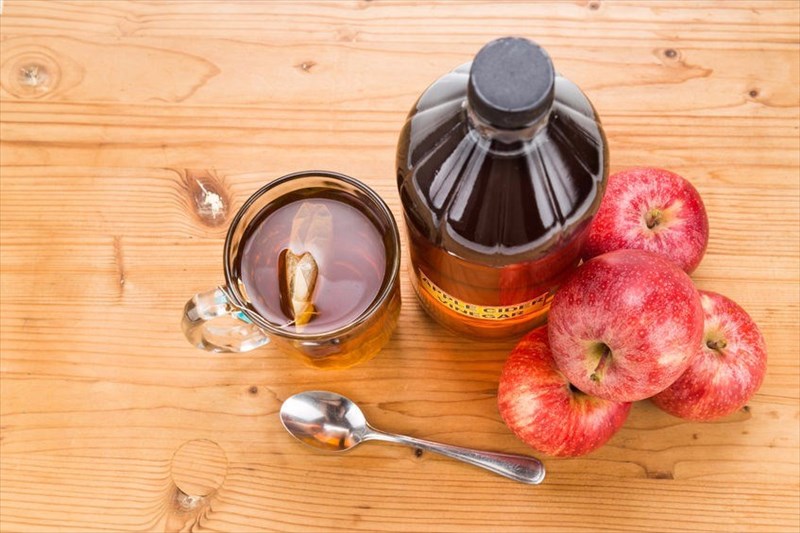 While apple cider vinegar (or vinegar in general) offers several legitimate health benefits, there are a number of people who claim that apple cider vinegar is able to cure, treat or prevent practically any ailment. The majority of these claims are, however, yet to be supported by scientific studies and evidence.

The information below lists some of the anecdotal (unproven) benefits associated with apple cider vinegar:

Some believe that drinking apple cider vinegar diluted in water before eating may prevent heartburn and GERD and this is often prescribed as a natural home remedy for the condition. Heartburn is the result of acid refluxing back up through the food pipe (oesophagus).

The thinking behind this claim is that by introducing acid into the digestive tract, the symptoms of heartburn may be combatted through balancing stomach pH as it is believed that acetic acid may act as a buffer to the acidity levels, helping to neutralise stomach acids as it is a weaker acid than the hydrochloric acid produced by the stomach.

One study conducted by Arizona State University20 found that drinking unfiltered, organic, raw apple cider vinegar with the mother in it may be able to prevent heartburn, however, more research is still needed to confirm whether apple cider vinegar is a viable way to treat heartburn or acid reflux.

Bear in mind though, apple cider vinegar has a high acid content which may irritate your mouth or oesophagus when undiluted, thus exchanging one discomfort for another.

It may seem counterintuitive to apply any form of acidic product to skin that is inflamed, but dabbing diluted apple cider vinegar to a sunburn is a home remedy a number of people swear by. It is thought that apple cider vinegar, whether it is bathed in, added to a spray bottle with water or dabbed diluted onto the skin, is able to restore the skin’s natural pH levels that have become unbalanced from the burn. The vinegar is said to leave your skin feeling soothed and cooled.

Contrary to this, a case study written by doctors from Yale University in 2012 reported that a young boy suffered from chemical burns when apple cider vinegar was applied to an infection on his leg. Considering this, apple cider vinegar may be harmful to the skin when applied to open wounds. In some severe cases of sunburn, the skin may develop blisters which can burst, exposing the tender skin underneath it and making it vulnerable to irritation and infection.

In light of this report, apple cider vinegar should be used with caution. 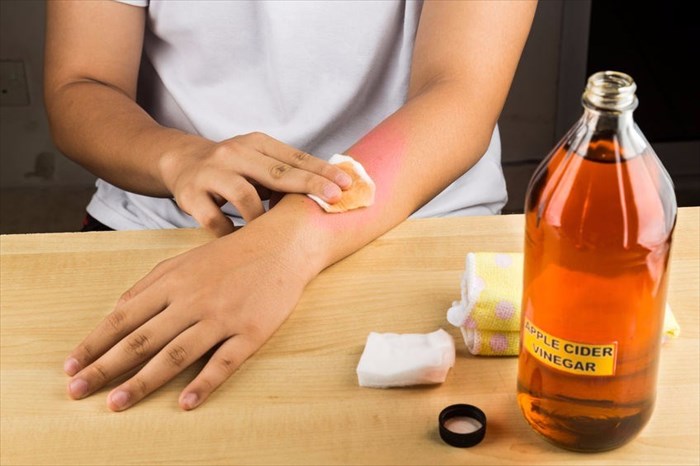 Apple cider vinegar is known to contain pectin, this is a kind of soluble fibre has been used to aid in the treatment of diarrhoea (although the FDA banned the use of pectin in over-the-counter antidiarrhetics in 2004 due to lack of sufficient evidence of its efficacy). Some evidence does suggest that pectin supports healthy gut bacteria21 and it is found in berries, apples and other fruits, making it easily available through other sources.

In addition, pectin is found in very small amounts in apple cider vinegar, and to be able to feel the effects of it as a fibre supplement, you would need to take more than the recommended dosage of one to two tablespoons of the vinegar, drinking it in quantities that are likely to irritate and upset your stomach rather than soothing it.

Apple cider vinegar for ridding the body of toxins (detox)

Your body is capable of detoxing itself, however, a number of natural health practitioners recommend the use of apple cider vinegar with ‘mother’ or ‘the mother’ which contains bacteria that is good for the gut, minerals, enzymes and vitamins that may be beneficial as part of a ‘detox diet’.

The supposed benefits that you can gain from an apple cider detox are listed below:

There is currently not enough scientific evidence to support the beliefs that apple cider vinegar can remove toxins from the body or that gives credence to any of the points above as most of the information regarding apple cider detox diets is anecdotal.

This research showed apple cider vinegar to have antifungal properties, protecting against Candida infection, thus the liquid may be a therapeutic alternative for individual’s suffering from candida-associated denture-induced stomatitis. This is a commonly seen disorder in those with dentures where mild redness and inflammation occurs beneath the dentures as a result.

There is no evidence that apple cider vinegar can be helping for treating the below conditions: