Is the CICO diet a healthy way to lose weight? 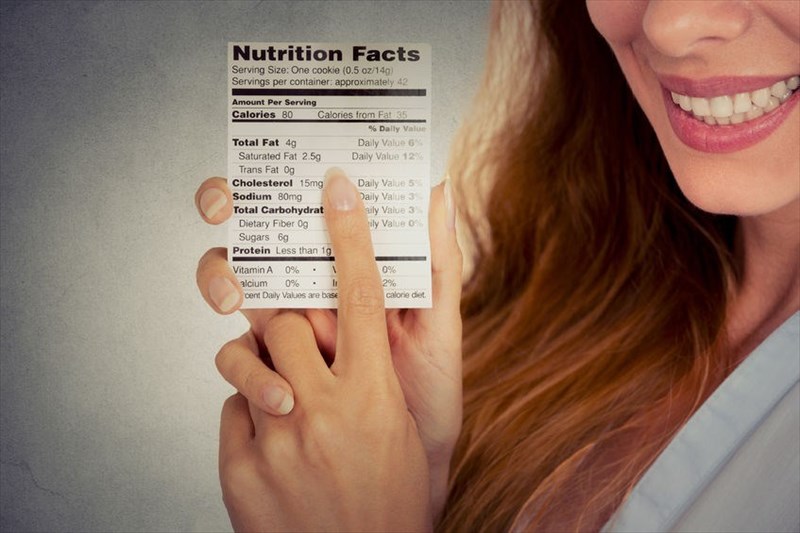 Calories in, calories out… Counting calories is not a new concept. It does, however, have a new-ish name and trendy acronym to match. So, what is the CICO diet and why does it seem to have divided opinions? Why are some experts even in disagreement as to whether it should be called a ‘diet’? Is it more a method that can be applied to other existing diet plans like keto, Paleo or even gluten-free? And is calorie counting really such a bad thing?

What is the CICO diet?

It’s been all over the internet in recent months and sparked some renewed interest in whether or not counting calories for weight loss is actually effective. The positive opinion threads on various web-based forums read like a string of catchy testimonials – “I lost [insert impressive amount here] kg’s in just 3 months!” – and there’s hundreds of them. For those tuned in to the ‘latest and greatest’ diets, such sales-like selling points will more than just grab your attention. After all, the idea that weight can be lost in a short space of time still seems to ‘tickle the right spot’ in us all. Despite what experts say regarding the sustainability and safety of such quick successes, many people continue to be drawn in.

Numerous lifestyle blogs or online magazines have given the CICO diet method a thumbs-down for long-term weight loss goals and slated its principles – basically branding it as a fad. Anything associated with such a word is typically regarded as ineffective, short-lived and possibly even laden with lies.

So, is CICO a diet or a method of eating?

Many may argue that CICO is merely a method of eating instead of an actual diet and doesn’t really come with a laid-out step-by-step plan for weight loss – as all good nutrition programmes should. These statements are true, it is a method of eating – it doesn’t stipulate precisely what you should and shouldn’t eat like many other popular programmes, but it does give you a theoretical guideline on how to lose weight.

The acronym that’s been doing the rounds merely means ‘calories in, calories out’. The focus centres around just that… calories – how much you put in (i.e. consume) versus how many you expend on a daily basis. The purpose is to ensure that you give your body enough fuel (energy) to burn each and every day with what you eat. To lose weight, you must burn off more calories in a day than you consume – i.e. create a deficit.

The ‘diet’ has received a lot of attention because its basic principles are fairly straightforward. The broader public ‘like’ this. If it’s too complicated, has too many steps, or requires drastic commitment that strays too far away from lifestyle comforts and expectations, you can bet there’ll be enormous drop off early on in any developed programme.

For the most part, humans are a complex species, but like convenience and ease. We like a little structure but loathe too many rules and restrictions. A plan of action that is simple in concept, easy enough to follow AND promises a result is sure to be attractive. Only having to make a handful of tweaks to a person’s average eating routine does tend to come off favourably.

Are all calories created equal?

Questions have been raised regarding the quality of calories consumed when it comes to the CICO diet. Will any old calorie-laden meal do if you can simply ‘burn it all off’? Many have the opinion that this is precisely what the diet method means. Eat what you like, when you like, but ensure to burn it all off by the end of the day. As long as a person achieves a calorie deficit at the end of each day, weight may be lost. Win-win, right?

This sounds perfect in theory, but realistically, would a dieter’s body really be receiving the nutrients it needs if such eating habits are adopted? Would any weight that is lost in this way even be sustainable? In this case, is CICO an unhealthy, nutritionally sub-par way of eating? Possibly. Possibly not. It may not be fair to label or categorise it before giving it a try. Whether it works of not ultimately comes down to how exactly it is implemented. Results and overall health benefits greatly depend on just what is consumed and how one’s dietary habits fit in with an overall healthy lifestyle.

Diet is but one factor in what keeps us all going. An overall good state of health is important. What we “add” to our lifestyle or “cut out” does tend to have some degree of effect on our bodies.

Caloric restriction, in general, is still an area of research that many agree is not yet entirely well understood. In particular, how does caloric restriction affect the aging process and cardiovascular health? Some studies have suggested that modest caloric restriction, when combined with a generally healthy lifestyle (when it comes to both diet and exercise factors), can reduce the risk of developing cardiovascular disease, as well as improve blood pressure, inflammatory processes and maintain blood lipid levels too. (1) Reduced levels of oxidative stress (a process that results in cell damage and degeneration) may also result in delayed onset of age-related conditions.

So, if managed carefully and correctly, counting calories may not be such a bad thing for the body overall. For those struggling with a little excess weight or even obesity, calorie counting can become a ‘way of life’. Achieving caloric deficits while keeping a close eye on energy intake versus expenditure will require careful eating and committed exercise routines. This has long been a primary way weight loss can, not only be achieved, but better maintained, avoiding the yo-yo cycle. The trick is to maintain the calorie deficit / physical activity routine if weight is to be kept off successfully.

Where did the idea for the CICO diet come from?

As far back as around 1780, calorimetry (the measurement of energy or calories) was being studied. French chemist / scientist, Antoine Lavoisier has been credited as a key player in founding the science of nutrition. During this time, he made use of guinea pigs in order to assess energy measurements in food (calories). He developed a mathematical formula and later also developed a device which he named, the calorimeter, in order to determine the number of calories a person consumes when eating.

Working with a mathematician, La Place, the pair measured oxygen consumption, the production of carbon dioxide, and heat emissions. Respiratory gases were contained in bell jars to assist with measurements. Heat emissions were measured using an ice calorimeter. (2)

Using Lavoisier’s mathematical formula, lowering calories as a way to successfully lose weight became ever more favourable when American doctor, Lulu Hunt Peters simplified the equation around the early 1900s. From here onwards, calorie restriction became a trusted method for weight loss, and continues to be even to this day. Dr Hunt Peters became well known as a female physician when she developed a dieting method which she proved by implementing it on herself. As someone who struggled with being overweight, when she lost around 31kg (68.3lb) using her simplified equation, the idea of creating a calorie deficit became more universally accepted. (3)

Here was a woman who was clearly set on proving that weight loss could be achieved by counting calories in order to create an effective deficit. In 1918, she became something of a weight loss guru, publishing a diet book, entitled “Your stomach must be disciplined: Lulu Hunt Peters and the Beginnings of Calorie Counting in Corporeal Self-Regulation”.

Many claim that Dr Hunt Peters popularised calorie counting and showed people how to calculate their ideal weight using her formula. She encouraged society (mainly women) to think about what they were eating – 1 slice of pie or 350 calories. Dr Hunt Peters did not seem so concerned with being restrictive about what a person ate. In a similar way to CICO, Dr Hunt Peters focussed more on the strict control of calories and not specific food groups. As long as calories were being cut, an ideal weight could be maintained or achieved through lost kilos. Simple.

Her book was focussed around estimated calories in food which she obtained from technical research publications, and also advised on calorie quantities so as to maintain an ideal body weight. For women at this time, the ideal body weight and shape was highly in vogue. Hence, her book sold several hundred thousand copies, and remained one of the top bestsellers between 1922 and 1926. If you’re keen for a read, you may even be able to find a copy still in print today.

Such ideas and principles have been adopted in programmes and methods that are still widely in use today, like Weight Watchers and even BMI (body mass index) calculations. Now CICO is making the rounds, drawing in interest as ‘the diet of the day’. The basis is remarkably the same – when it comes to food, that is. The difference now is that exercise is just as in vogue and can contribute to achieving weight loss and maintaining an ideal body shape.

NEXT What does the CICO diet entail?
Back to top
Find this interesting? Share it!

Eating for your blood type – fact or fiction?

When it comes to diets, how much of it is fact and how much is just worthy of being labelled a fad? We take a look at the blood type diet.