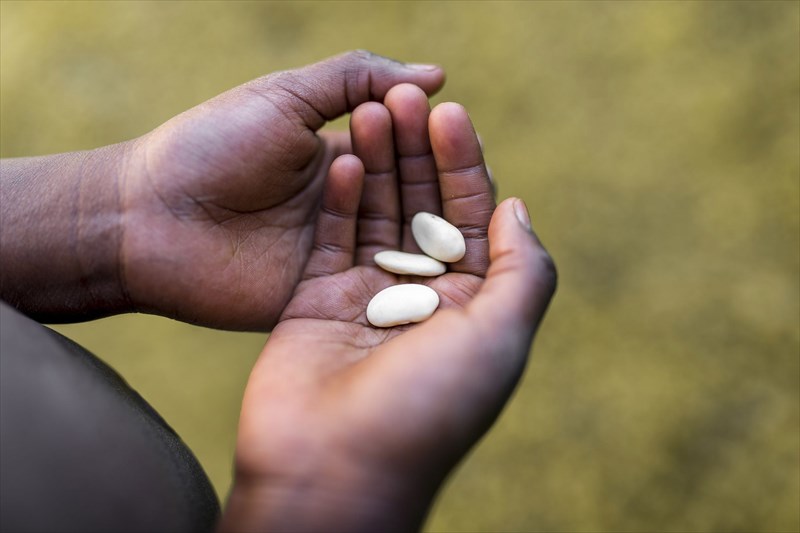 The UN’s latest report on the state of the world’s hunger crisis almost reads like a ‘tale of two extremes’… except this is not a work of fiction. Hundreds of millions are either malnourished or overweight. It’s global hunger (or ‘chronic food deprivation’) versus obesity, and efforts to address these serious health concerns are not yet achieving enough…

The 2018 State of Food Security and Nutrition in the World report is an annual collaborative effort between the UN Food and Agriculture Organization (FAO), International Fund for Agricultural Development (IFAD), the World Food Programme (WFP), UN Children’s Fund (UNICEF) and the World Health Organization (WHO).

Made publicly available on 11 September 2018, the report is predominantly aimed at tracking the progress of the World Health Assembly global nutrition targets (i.e. Sustainable Development Goals / SDGs). The primary goals are to eradicate all forms of malnutrition across the globe by the year 2030 and better promote food security, another of the world’s biggest challenges.

Some of the major contributing factors that have been identified as reasons for the growing hunger crisis include:

Variability in climate change is a key factor when it comes to notable challenges regarding food security. These and other factors are seemingly weighing heavily on the Zero Hunger target.

The report found that progress in achieving the identified targets has been limited. Their view paints a clear enough picture – the health of many hundreds of millions across the world is still in dire need of improvement. In some corners of the world, it seems that malnutrition and hunger is even worsening and not improving at all. In other areas where the crisis has been prevalent in past, positive indications of progress are evident, and improvements have been made.

At the end of 2017, as many as 821 million individuals were tallied as being malnourished. At today’s global population rates, that’s an estimated 1 in every 9 individuals that fall into the hungry category. In 2016, the figure was estimated a little lower – 804 million.

According to the latest report, food security challenges and malnourishment are most severe in sub-Saharan Africa (all sub-regions, with the exception of Eastern Africa) and within South America. Slight increases in undernourishment were noted in Southern Africa, as well as a spike in Western Africa. South America continues to struggle with financial strain on its export commodities. Crude oil, in particular, food imports, a lack of adequate government investment and reduced fiscal incomes have all had some influence on the region’s persistent loss of income and elevated domestic food prices.

Some stability has, however, been achieved in numerous regions within Asia. While still problematic in parts, undernourishment within Asia is showing signs of slowing down, particularly in the Western and South-eastern areas.

The report highlights that global hunger rates increased in 2016 after a period of decline. Accumulated findings through 2017 indicated a strong need to find ways of reducing violent conflict within various countries, in particular, as this appears to go hand in hand with declining food security and nutritional challenges. Last year’s report focussed significantly on the impact of conflict in relation to malnutrition and food security. This year’s report is largely focussed around the impact of climate. 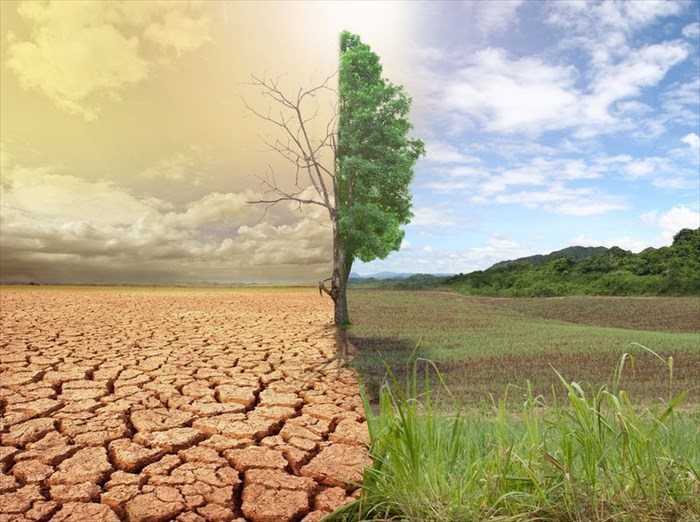 Variability in climate directly affects areas already battling food security threats and hunger challenges. Changes in agricultural seasons and rainfall patterns have impacted many nations and resulted in extreme difficulties due to related issues such as flooding, storms, heat and drought conditions.

The successful production of essential crops like rice, maize and wheat have proved increasingly challenging, especially within temperate and tropical climate areas. With global temperatures steadily rising year on year, this adds further strain on an already challenged system battered by the effects of climate change. Climate extremes have, in recent years, become more intense and frequent, making variability a complex issue. The end result includes problems with the availability of food, access to food and overall market stability.

Malnutrition prevalence is seemingly worst in areas where climate extremes are experienced. Many of these areas also have notably higher population numbers. This adds further strain on the agricultural sectors. The success of these systems is highly dependent on factors like rainfall and temperature. Variability in these climatic factors compounds the problems faced in these countries. Extreme heat and unreliable rainfall seasons (early or late seasonal rains) have a definite impact on agricultural production. Often, the outcome results in a lack of food availability. This gives rise to income losses and price increases, placing further challenges on access to food. Another knock-on effect is economic slowdown (reduced GDP / gross domestic product growth).

In already malnourished regions, instability of this nature reinforces the underlying causes of the hunger crisis and directly impacts health services, as well as the ability to deliver adequate child care. The livelihood of affected populations becomes increasingly vulnerable as climate variability influences frequent and dramatic pattern changes.

The impact of malnourishment on human development and health

Another notable effect associated with mass malnutrition in today’s world is the effect this has on growing children. According to the report, childhood stunting affects close to 151 million individuals under the age of 5 (22%). What this means is that children affected by malnutrition are not growing at a normal rate and are thus too short for their age. Stunted growth in undernourished children stands at around 39% in Africa and 55% in Asia. While the latest childhood stunting figures are an improvement from 2012’s figure of 165 million, the number is still unthinkably high.

In Asia, around 1 in 10 children under the age of 5 are underweight for their height – this, the report refers to as ‘child wasting’ (or acute malnutrition). Globally, the report estimates that 50 million children under the age of 5 are affected by wasting. As many as a third of these children are identified as ‘severely wasted’. The report states that the highest percentages of affected children live in the Niger, Eritrea, Djibouti, South Sudan, the Sudan, Yemen, India, Sri Lanka and Papua New Guinea.

Mortality rates associated with acute malnutrition and severe wasting are thus also alarming high with hundreds of thousands of children lost within the first few years of their lives. Many are extremely vulnerable to infection which often results in further weight loss. Common health concerns affecting such populations include malaria and diarrhoea – most often occur during rainy seasons.

Key influences in the development of childhood wasting include insufficient food security within households, poor feeding and care practices as well as limited or insufficient access to sanitation, hygiene, water and health services. All of these factors contribute to a rapid loss of body weight (wasting), and for children under the age of five in particular, stunted growth as well.

Resource-poor regions with persistent food scarcity are also vulnerable to monotonous, often low-quality (lacking in sufficient nutrients) diets, which further exacerbates the problem. Children may be still be under nourished is these circumstances, experiencing growth difficulties.

Women of reproductive age are also suffering consequences of malnourishment. The report estimates that 1 in 3 women now face difficulties with conditions such as anaemia. This in turn adversely affects breastfed babies. Once more, prevalence is highest within Africa and Asia. Instances of breastfeeding are around 1.5 times higher in these regions among infants under 6 months of age than those in North America.

The flip side of the coin – overweight and obese populations

While undernourishment is still a major concern, so too are rising adult obesity numbers. An average 1 in 8 adults are now estimated as severely overweight or obese. That’s around 672 million people. By contrast, North America has the highest prevalence, but the report notes, Africa and Asia too are showing increasing numbers. This indicates a trend whereby malnutrition and obesity now coexist in many countries. The report also notes that in some instances, this contrast of extremes even exists in the same household.

Children are also showing an upward spike in numbers when it comes to weight issues – the report states that, on average, around 38 million children under the age of 5 are overweight. Many children with weight problems become obese during their adult years.

One of the major factors which notably contributes to obesity problems includes reduced access to nutritious foodstuffs (due to the fact that nutritious foods are generally pricier). The report also notes that food insecurity does have some influence on the development of obesity and excess weight problems. Food insecurity tends to initiate stress within societies who then may adapt to food restriction, often compensating with cheaper, lower quality variations with high caloric density (i.e. food loaded with sugar and fat). Diets become high in energy and low in nutrient diversity. Overall nutrition quality is poor. This in turn elevates the risk of the development of weight problems and increases rates of obesity, a problem which is rising among the upper-middle and high-income regions. Another danger relates to behavioural patterns regarding the consumption of ‘comfort foods’ which are available. These are often high in fat, salt and sugar content, promoting problems with overeating and binging (sometimes contributing to disordered eating habits and conditions).

The report measures how prevalent severe food insecurity is on a global level using the previously implemented Food Insecurity Experience Scale (FIES), taking into account data from more than 140 countries. The latest report states that close to 10% of the world’s population is vulnerable to severe food insecurity. Prevalence is worst in Asia, Africa and Latin America, and notably, slightly more so among females.

Can the sustainable development goals on alleviating hunger still be met?

With pending objectives looming, the figures released in this new report are immensely concerning. The report makes it very clear that the previously developed action plans must be scaled up and accelerated if any significant difference is to be practically seen within operational food systems, nutrition behaviours and people’s livelihoods.

Suggested areas of focus in order to implement solutions timeously include:

It is noted that all of the above need to factor in short, medium and long-term plans.

The report highlights some serious constraints and makes it very clear that there is an urgent need to ‘step-up’ efforts if goals of ‘zero’ are ever to be realised.

“If we are to achieve a world without hunger and malnutrition in all its forms by 2030, it is imperative that we accelerate and scale up actions to strengthen the resilience and adaptive capacity of food systems and people’s livelihoods in response to climate variability and extremes,” the report authors stress.

“Leave no one behind” would be the ultimate achievement.

The ability to achieve access to sufficient, safe and nutritious food (all year round) should be within the grasp of all nations, and quickly, if the relevant challenges are adequately addressed. The threatening nature of the associated challenges may be complex, but they are not entirely new. Strides have been made before and can be made again to significantly reduce world hunger.

World policy platforms can be used to better integrate action plans within areas of agriculture, the greater environment, food production and supply and health at local and national governmental levels. Strategies will require flexibility, adapting for country specific contexts so that applicable challenges are best addressed for the populations who need to benefit the most. 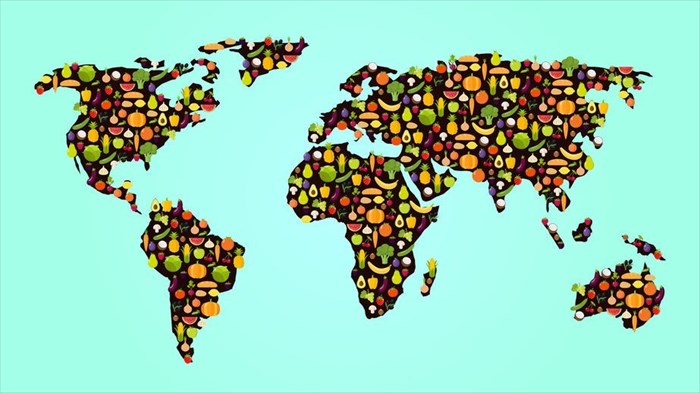