The different types of wisdom tooth impactions and what they mean 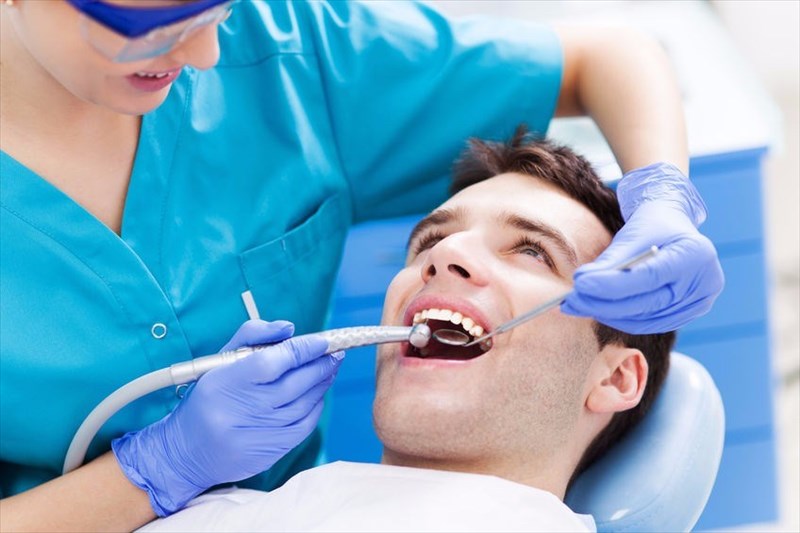 The different types of wisdom tooth impactions and what they mean

What are wisdom teeth impactions?

When one of your wisdom teeth cuts through your gum and becomes visible, this is known as an eruption. An impaction is when one of these third molars (wisdom teeth) does not erupt properly.

There are four different kinds of impactions, some of which require the removal of the tooth/teeth concerned and others may be perfectly harmless. These four impactions will be explained in detail in the section that follows.

A number of dentists and patients alike assume that an impacted tooth will need to be extracted, however, removal is not always necessary and each case should be examined thoroughly and a full set of dental X-rays conducted in order for an informed decision to be reached. 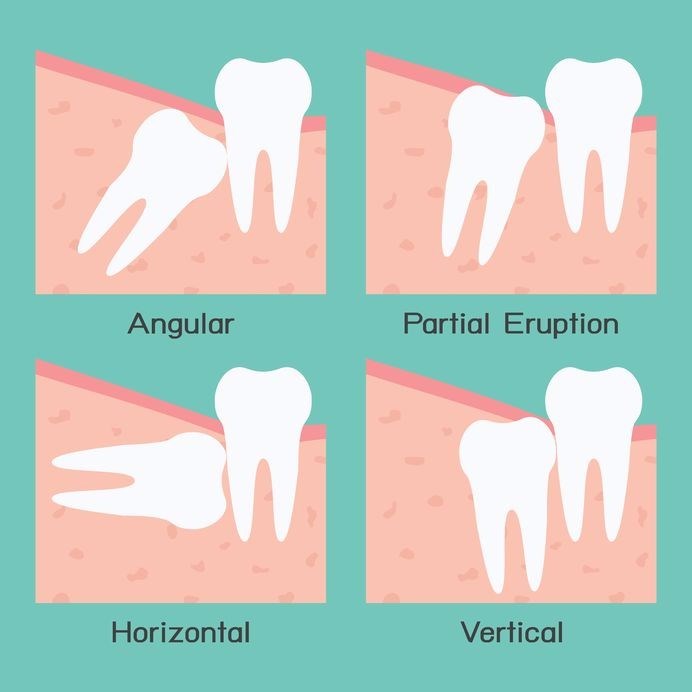 The tooth is angled forward towards the front end of your mouth (this is the most common type of impaction).

This impaction refers to when the tooth is faced at an angle towards the front of your mouth. The tooth will push up against the second molar that it is located next to. The tooth’s angle of mesial impaction is what will determine if it is an issue or not.

Most cases of mesial impactions will lead to a partial eruption of the tooth where just the crown of the tooth will erupt through the gums. In a number of instances, the tooth does not have to be removed and over time the tooth might properly erupt. If it is clear that the tooth will never erupt then your dentist may suggest you have it removed to prevent further issues arising in future.

The teeth have an orientation that is relatively normal.

This kind of impaction does not normally require the tooth to be removed. The tooth is very close to having a normal orientation with a high chance of erupting and fitting into your mouth without causing any serious issues.

Should a vertically impacted third molar need to be removed, it will be due to the fact that it is pushing up against the second molar’s underside or against the bones at the back of your mouth. Vertically impacted teeth are sometimes hard to remove and can damage bone areas and surrounding teeth, however, these kinds of complications are rare.

Angulation that is directed towards the back of your mouth.

This kind of tooth impaction is rare and is the opposite of a mesial impaction due to the tooth being angled towards the back of your mouth. The removal of these kinds of impactions will depend on the degree of the angle and any issues it may be causing. In most cases, dentists will wait a year or two before deciding on whether or not the tooth should be removed.

Alignment where the tooth is lying on its side.

This kind of impaction is often seen as the worst type for one to have. The tooth will be angled completely on its side (horizontally) and be positioned towards the second molar. It will also run parallel to your jawbone. This kind of impaction will cause damage to the surrounding teeth and is likely to require removal.

The issues that are presented by this kind of impaction may present a challenge in surgery and it requires a great deal of skill for teeth impacted in this way to be removed. You will generally be placed under general anaesthesia as this kind of extraction will require bone removal.

In combination with the above-mentioned classifications, wisdom teeth are further categorised as bony or soft-tissue impactions. These are described further below:

A soft tissue kind of impaction refers to one that involves the upper part of the wisdom tooth, this is known as the crown of the tooth, penetrating through bone but not having erupted fully through the gingiva (gum tissue).