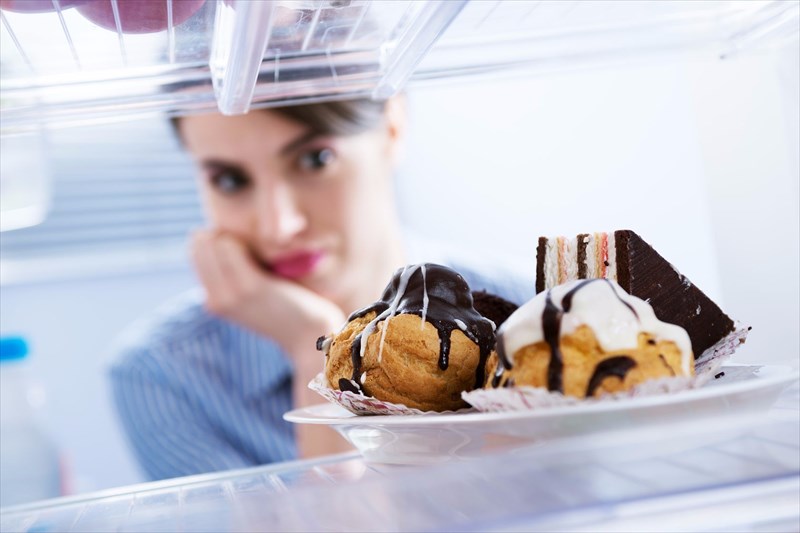 What is binge eating disorder?

We’ve all given in to the cravings at some stage and over-indulged, or helped ourselves to a second or third serving during the holidays. This is quite normal and not always an alarm bell for a serious problem.

So, when are those ‘time-of-the-month’ and midnight cravings or urges to empty the refrigerator something to worry about? 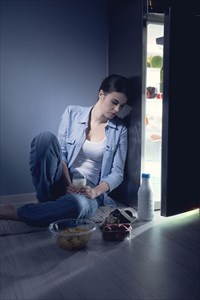 Binge eating disorder (or BED) is characterised as a serious eating disorder, whereby large quantities of foodstuffs are consumed in one sitting in a compulsive manner (excessive overeating during periods of hunger and even when feeling full). A person may feel unable to restrain themselves from consuming more and find it difficult (or impossible) to stop eating, even though they may have a strong desire to.

The relationship with food is an unhealthy one and knows few boundaries. Foods preferred are usually those that are classified as unhealthy or ‘forbidden’. A person is consumed by urges, irrespective of whether they can understand the level of wrong in their actions or not.

Many often feel guilty and embarrassed by their behaviour, but the compulsion to over-eat is often stronger. Urges that cannot be resisted on a regular basis cross a very fine line that medical treatment can help with. Binge eating disorder is not just one isolated over-indulgence. It is a recurring out-of-control problem linked with various other complications and issues.

Binge eaters do not typically make efforts to rescind their binge eating actions as a way to ‘undo’ or ‘make up for’ their wrongdoings like those suffering from other disorders such as bulimia. Some common ways this is done include food purging (i.e. induced vomiting), inappropriately using medications such as diet supplements or laxatives or engaging in excessive exercise routines. Binge eaters are more likely to continue binging, as and when the compulsion calls.

Mental health professionals typically diagnose and treat this type of classified eating disorder. As a condition, binge eating disorder is one of the most common and is often linked with poor psychological perceptions of body image, and other disorders such as anxiety, depression or addiction (substance abuse).

NEXT What are the most common causes of binge eating disorder?
Back to top
Find this interesting? Share it!

Addiction is defined as a chronic dysfunction in the brain that typically involves motivation, memory and reward. What are the most common types of addiction and how do you recognise the signs?

Stress can affect everyone differently. It is your body's biological response to a certain situation. Here's how to deal with stress in order to develop the best means of coping.

What is Lisdexamfetamine dimesylate? This medication is commonly used to treat attention deficit hyperactivity disorder and binge eating disorder.

Depression is more than just a case of the blues. We explore what the condition means and how to treat it.