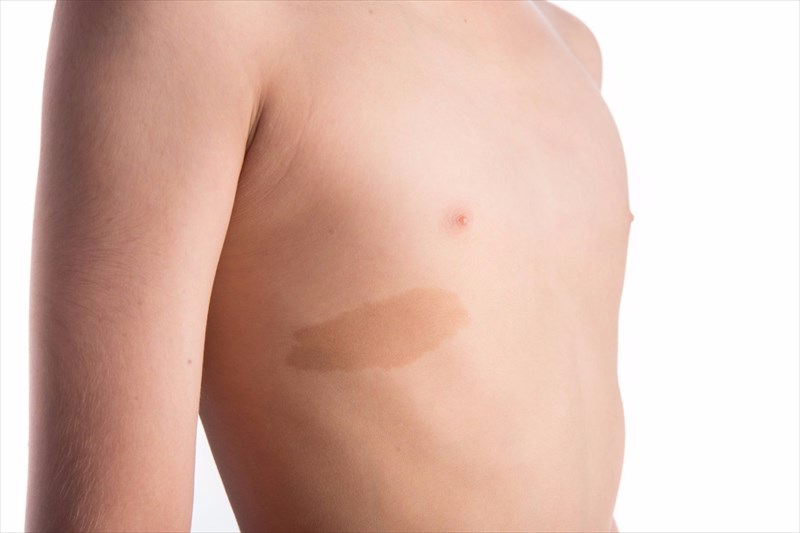 It is said that birthmarks occur because of the unsatisfied wishes of a mother during her pregnancy. This folklore follows the thinking that cravings experienced which were never quite satisfied during pregnancy would almost ‘brand’ the child with a mark following birth. An unsatisfied strawberry craving may thus produce a port wine stain birthmark. In Italy, such unsatisfied wishes or whims (i.e. birthmarks) are often referred to as ‘voglie’, or ‘antojos’ in Spain.

What is a birthmark?

Blemishes (flat discolourations which can sometimes extend into the tissues beneath the skin) or lesions (marks that are raised above the skin) which become noticeable shortly after childbirth are most commonly referred to as birthmarks.

A significant number of new-born infants have birthmarks, but these are not always present at the time of birth. Some develop within the first few weeks of life, and others within a handful of months. All are generally permanent markings, but can fade during a little one’s growing years. To this day, it is not entirely clear as to why birthmarks occur, or why some get them and others don’t. 1

There are two main types of birthmarks, each with various subcategories or forms2). Birthmarks are thus either classified as vascular (a red, pink or purplish blemish associated with blood vessel abnormalities beneath the skin) or pigmented (brown, tan, grey, black or even blue markings associated with the clustering of pigment cells / melanin – the natural pigment that determines colour).

Fairly common, most birthmarks are harmless, with very few signalling an underlying medical condition. A birthmark should, however, be assessed by a medical doctor to determine whether it should be watched. While most birthmarks remain the same for much of a person’s life, others may gradually worsen. Some may even increase a person’s risk for conditions like skin cancer. As such, any birthmark that itches, bleeds, becomes sore or tender, or shows signs of an infection must be attended to by a medical doctor as soon as possible.

For most however, any discomfort experienced due to the presence of birthmarks is predominantly cosmetic, and thus affected individuals may elect to receive certain treatments to improve their appearance. Those who don’t may sometimes romanticise the markings (perhaps as a way to feel less emotional discomfort or better cope with the stigma), frequently calling them by their more colloquial names, like stork bites, angel’s kisses, or beauty marks. In parts of the world, some lean towards folklore, superstitions and paranormal explanations – with individuals believing that such markings are indicative of an injury (or even a marking at the site of a fatal wound) that occurred during a past life trauma.

NEXT What causes birthmarks?
Back to top
Find this interesting? Share it!

What is an ultrasound scan and how does it work? We look at the numerous ways this screening and monitoring tool is used in medicine today...

Milky white patches are a typical indication of vitiligo, a skin condition that develops as a result of epidermal melanocyte loss. How does this loss of pigment in the skin occur and what can be done?

When the eyes develop a clouded, opaque look, it may be that cataracts have developed. What are they and how are they best treated? We give you an in depth overview of the condition...

The accumulation of skin cells and underlying tissue can cause a variety of flat or raised markings on the skin's surface. Learn more...

Being pregnant can be a roller coaster ride and also the biggest adventure of your life. We detail what to expect during each stage of pregnancy...