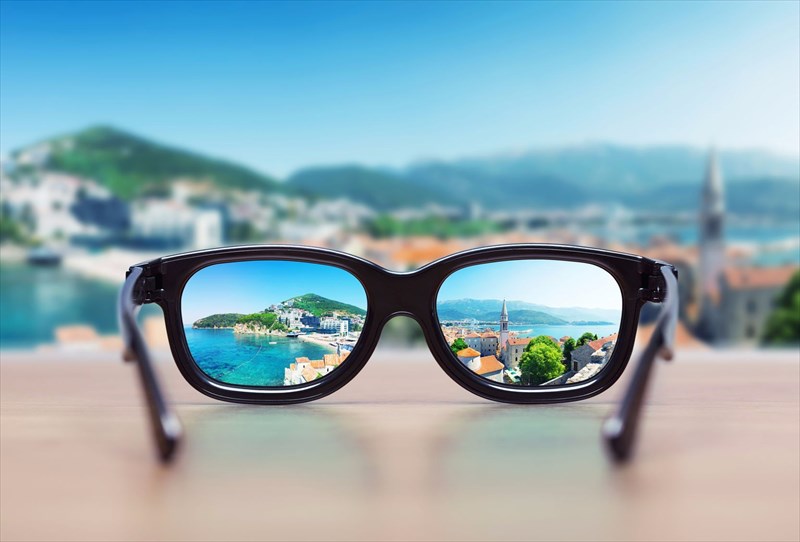 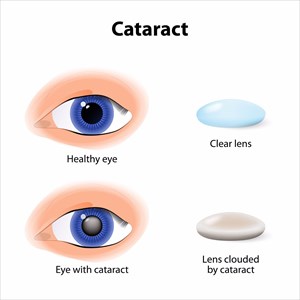 When the lens of the eye becomes dense and clouded (opaque), the passage of light to the retina becomes blocked and forms a cataract. Proteins in the eye form preventative clumps which effectively restrict the sending of clear images (through light which is converted into signals via the lens, to the optic nerve, and finally the brain) to the retina (the nerve layer at the back of the eye) and thus impact effective vision.

The lens is mostly made up of proteins and water which allows it to remain clear, enabling light to pass through to the retina. When these proteins begin to clump, cataracts develop resulting in vision changes. Clumping is not regarded as a growth or tumour, but more of dense clouding of the lens.

How does the lens of the eye normally work?

Rays of light reach the retina, creating a chemical reaction, which in turn generates an electrical response (nerve signals) through the optic nerves and onto the brain. This chain reaction produces a sharp image and effectively assists the brain with interpreting what is being seen.

How does the eye and vision change when a cataract develops?

When protein clumps cloud the eye, the lens (which consists of front / anterior, centre / nucleus, back / posterior and outer layer / lens capsule portions) becomes opaque and the rays of light reaching the retina gradually become more and more blurry (distorted), scattering light and not initiating a clear, sharp image for interpretation by the brain.

This clouding of the lens is a gradual and painless process, affecting one or both eyes and does not result in abnormal tears or cause inflammation / redness and physical sensations such as itchiness, but ultimately causes dysfunction in vision. Typically, cataracts do not occur in both eyes at the same time, although when one eye develops a cataract, the other will generally eventually develop one as well. The density of cataracts in the eyes is often not even in both eyes either, meaning that one cataract may be more advanced than the other. This effectively causes uneven vision differences in the affected eyes.

The degree of cloudiness in the lens effectively determines the extent of visual change that affects sight. As cataracts progress, the affected person will gradually developed difficulties in reading, being able to determine facial expressions or driving ability (especially at night).

At first an affected person may be able to manage with stronger lighting and use of sufficient strength eyeglasses, but currently the only effective way to manage cataracts is through surgical removal.

Cataracts ultimately interfere with a person’s vision, which impacts quality of life, but is not a contagious condition. The condition cannot spread from one person to the next, nor can it be transmitted from one eye to the other. Cataracts do not clear up on their own.

Although cataracts (left untreated) are one of the most common causes of blindness worldwide, it is relatively treatable. It is possible to restore vision quality in most cases.

NEXT What causes cataracts?
Back to top
Find this interesting? Share it!

Genital herpes is a common sexually transmitted infection that occurs in both men and women. There is currently no known cure, so how do you treat this condition?

Did you know that almost one third of the world's current population are classified as overweight or obese? Here's all you need to now about obesity, associated health risks and more...

Diabetes (diabetes mellitus) is a long-term disease that requires daily management and care. Here's all you need to know about the condition types...

The thyroid is a butterfly-shaped gland that functions as an important regulator in the endocrine system. What happens when there is a malfunction?