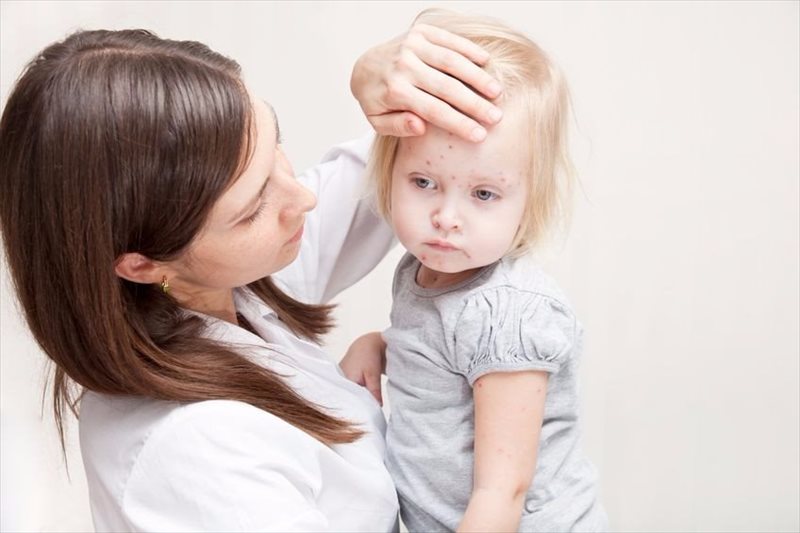 A viral infection that is characterised by the appearance of itchy, red fluid-filled blisters (with a skin rash) on the body, chickenpox is also known as varicella (VARR-i-SEL-uh). Chickenpox mainly affects young children due to their underdeveloped immune systems, but can occur in adults too (especially those have weak immune systems). An infection is caused by the varicella-zoster virus (VZV) also known as the herpes-zoster virus, and was once so rife among children that it was considered ‘a childhood rite of passage’.

A vaccine for the infection was introduced during the mid-1990s, which has significantly reduced cases of chickenpox across the globe. Before a vaccination had been developed, a chickenpox infection could develop serious medical complications. With vaccination available, the number of infections and necessary hospitalisations have declined significantly. Although rare, it is possible for an infection to occur in a single person more than once in their lifetime.

Blisters can occur throughout the body and within a few days of developing, begin to pop (break open) and leak, and then crust, forming a scab. Once this happens, the blisters typically begin to heal, but can leave deep and visible scars if not effectively treated. Chickenpox experienced in childhood is generally a lot milder than when an infection occurs in adulthood.

A rash typically begins on the stomach (abdominal area), back and face. In severe cases, the rash and blisters can spread all over the body, including the mouth, nose, eyes, and sometimes the genitals too. Along with blisters and rash, symptoms of fatigue or tiredness, and a fever can also occur. An infection can produce anywhere between 250 and 500 very itchy, and inflamed blisters on the body. 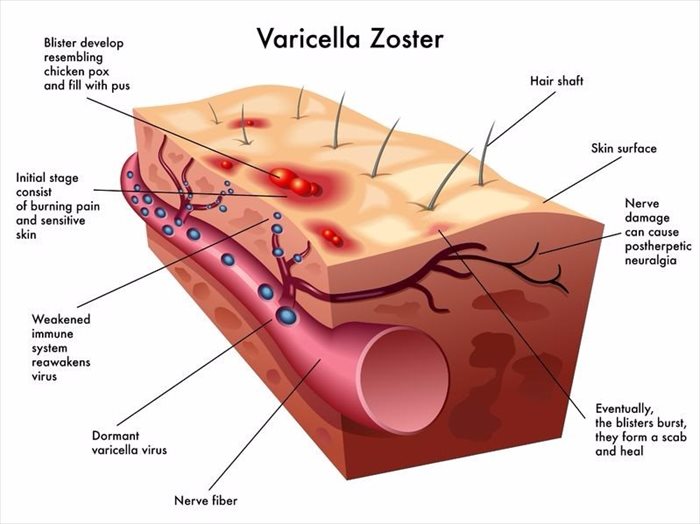 NEXT Is chickenpox contagious?
Back to top
Find this interesting? Share it!

Rubella (also known as German measles) is a viral infection caused by the rubella virus. German measles is typically mild, but can be particularly serious for expectant moms. Learn more here...

Measles, also known as rubeola, is a viral infection that affects the respiratory system, meaning that it inhabits the nose and throat. Find out all you need to know about this infectious disease...

Mumps can be a painful condition that results in the swelling of the face. Here's all you need to know...

Shingles is a viral infection, commonly known for its rash. it is the result of the chickenpox virus reawakening in your body. Learn more here...

Often a sign that something is wrong in the body, a fever is a typical symptom of a variety of different illnesses. Find out more here...