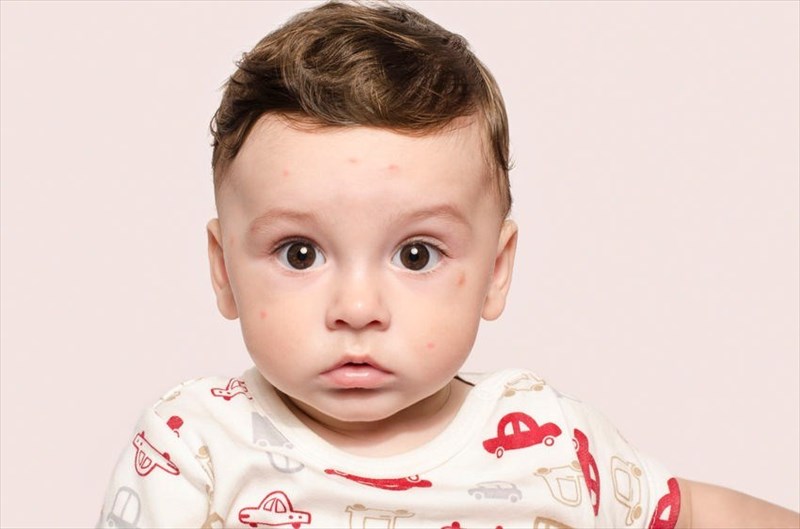 What is German Measles (Rubella)?

Rubella (also known as German measles or 3-day measles) is a viral infection caused by the rubella virus, which is a member of the Rubivirus genus of the family Togaviridae. ‘Rubella’ is derived from a Latin term meaning “little red” and causes a red rash on the body.

Other symptoms associated with an infection usually include a high fever and swollen lymph nodes (suboccipital adenopathy). An infection can become complicated, particularly in older children and adults, where the infected person suffers arthralgia (pain in the joints), arthritis and thrombocytopenic purpura (ITP) – a disorder that can cause excessive bleeding or bruising.

The severity of the illness varies with age and commonly affects children between the ages of 5 and 9 years old, as well as adults. Some individuals who become infected with this illness are asymptomatic (producing or showing no symptoms).

German measles is typically mild, and an infection generally clears within a week. An infection is contagious and can be spread from person to person. Spreading occurs through contact with droplets of an infected individual’s cough or sneeze, sharing food or beverages or touching your mouth, nose or eyes after coming into direct contact with something that has droplets of bodily fluids from an infected person.

German measles is a very serious condition in expectant moms, particularly during the early weeks of pregnancy, due to its teratogenic effects (i.e. The ability to cause birth defects). The virus is easily transmitted to the foetus through the placenta and can cause serious congenital defects, miscarriage and even stillbirths if a woman is able to carry to term.

It is important to seek medical treatment if you suspect German measles, particularly if you are pregnant.

NEXT German measles (rubella) symptoms and causes
Back to top
Find this interesting? Share it!

Mumps can be a painful condition that results in the swelling of the face. We delve into what happens to the body and how it is generally treated...

When the eyes develop a clouded, opaque look, it may be that cataracts have developed. What are they and how are they best treated? We give you an in depth overview of the condition here...

Measles, also known as rubeola, is a viral infection that affects the respiratory system, meaning that it inhabits the nose and throat. Learn more...