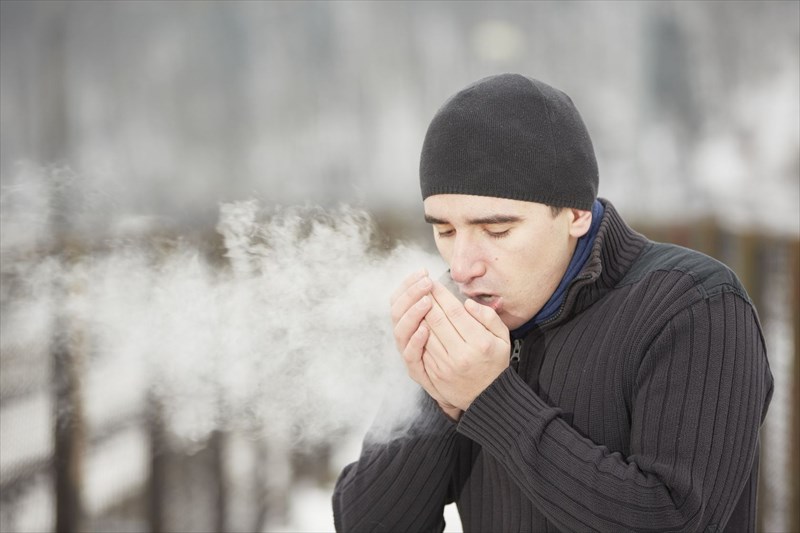 Prolonged exposure to cold weather conditions is considered the primary underlying cause of frostbite. Direct contact with extremely cold surfaces including ice, very cold liquids and freezing metals is also a common cause of frostbite.

Factors which exacerbate common causal factors include the wearing of clothing that is not suitable for the conditions, prolonged exposure (for instance, to cold and wind) and touching extremely cold surfaces.

To understand what happens to the body when frostbite occurs, one must understand how the body responds to cold and the mechanisms of frostbite.

Understanding thermoregulation and the body’s natural response to cold

The human body is finely tuned to maintain homeostasis, a self-regulating stable condition wherein all biological systems function optimally. As part of this process the body works to conserve and maintain its core temperature of around 37 °C / 98.6 °F, this is known as thermoregulation.

When exposed to cold, receptors in the skin stimulate the sympathetic nervous system which causes blood vessels (arteries, veins and capillaries) to narrow, this is known as vasoconstriction.

Vasoconstriction occurs as part of the body’s efforts to conserve heat by decreasing blood flow to the skin and extremities (the structures most vulnerable to frostbite). As a result, more blood is naturally forced into the body’s core as a way to insulate and protect the heart and lungs by keeping these vital organs warm. (1) This natural protective action is aimed at preventing hypothermia, a condition wherein the core body temperature falls below 35 °C / 95 °F.

The lack of sufficient circulation (blood flow) in the extremities makes them particularly sensitive to cold exposure. Blood vessels will attempt to widen (this is known as vasodilation) following constriction (vasoconstriction) in an alternating pattern, in an attempt to also keep the extremities warm. This action is known as the hunting reaction or hunting response.

The mechanisms and stages of frostbite

The mechanisms of frostbite injury involve the following factors:

Exposure to cold conditions causes the blood vessels closest to the skin’s surface to constrict. The smaller blood vessels freeze first, followed by the larger ones, then the venous system (veins) and finally the arterial system as a result of decreased rates of circulation.

At 15°C / 59°F vasoconstriction is at its maximum and is associated with conserving body heat. Once temperatures drop below this point sudden bursts of vasodilation lasting between 5 and 10 minutes each occur approximately 3 to 5 times an hour. In those acclimated to the cold, these bursts occur more frequently and last longer, reducing the risk of frostbite.

When temperatures drop to 10°C / 50°F (and below), nerve injury (known as neurapraxia) occurs and results in a loss of sensation in the skin. The hunting reaction continues even when temperatures reduce further, below 10°C / 50°F. This slows down the rate at which ice formation (extracellular and intracellular) occurs, effectively delaying the extraction or reduction of heat from the body’s core.

The hunting reaction can become life-threatening if an acceleration of core heat loss occurs during the process. Vasoconstriction does tend to continue even as temperatures drop further, resulting in hypoxia (oxygen deprivation), an overproduction of acid in the bloodstream (acidosis), thrombosis (in the small blood vessels) and ischemic necrosis (a loss of blood flow to bodily tissues, including bone).

At temperatures below 0°C / 32°F blood flow to the skin is compromised and cutaneous (skin) sensation is lost. Without the circulation necessary for warming, frostbite occurs as tissues begin to freeze. This sparks what is known as the frostbite injury cascade.

Ice crystal formation (and expansion) damaging the cellular membranes (referred to as mechanical damage), the dehydration of cells and continuous cycle of vascular changes (i.e. the hunting reaction) during the process contributes to the progressive injury experienced by the body’s cells and tissues.

The frostbite injury cascade effectively occurs in 4 stages (sometimes overlapping one another):

It is believed that rapid freezing can result in increased superficial intracellular formation (within a cell / cells), and slow freezing leads to more extensive (or deeper) injury to cells. Water which typically exists between the intracellular and extracellular spaces in the body tends to freeze during the slow freezing process. Freezing outside of the cells typically occurs more rapidly than inside them, and results in a spontaneous movement of solvent molecules through semi-permeable membranes which have a higher solute concentration (this is known as an osmotic shift). These shifts typically result in dehydration within the cells, placing individual cells at higher risk of tissue death.

Ultimately injury or damage caused by frostbite can be categorised into 3 zones: 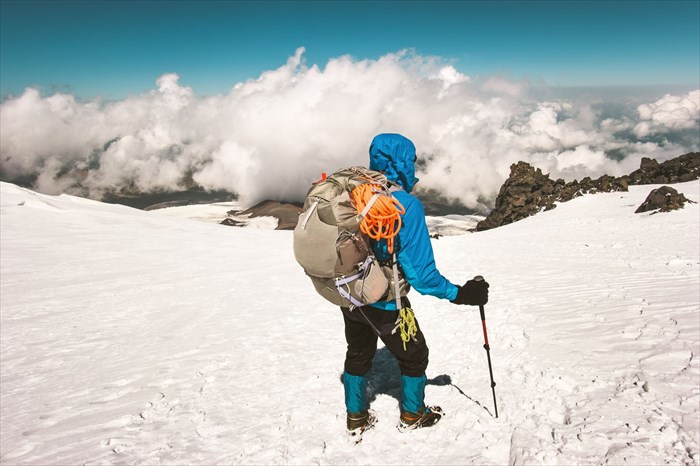 What are the primary risk factors for frostbite?

Occurrences of frostbite typically occur in conditions similar to those that can result in hypothermia (e.g. prolonged exposure to extreme cold atmospheric temperatures, with or without a wind chill factor or wet conditions). Many instances of frostbite thus, typically occur during the winter months of the year. Along with prolonged exposure to cold, being in cold, wet conditions for an extended period of time can also quickly result in the loss of body heat.

Research has shown that the duration of exposure bears the greater impact on the degree of tissue damage experienced. Short-term exposure to extreme cold is, however, still damaging and can result in the same overall damage pattern as that which occurs due to prolonged exposure (even in lesser degrees of cold). If there is a chilling wind at the time of exposure, this increases the rate of cooling that occurs in the body, even if the ambient air temperature is somewhat warmer. Thus, the wind chill factor is also an important contributing factor as it can accelerate the cooling rate and thereby lead to tissue freezing.

This makes the following types of individuals more susceptible to developing frostbite:

Other factors which can influence potential risk of frostbite include (2):

Factors such as large areas of exposed or wet skin, a low percentage of body fat, contact with cold metals, and the wearing of clothing or footwear that is too tight and impairs blood circulation can also worsen the effects of cold exposure and exacerbate frostbite in certain conditions.

PREVIOUS Frostbite
NEXT What are the signs and symptoms of frostbite?
Back to top
Find this interesting? Share it!