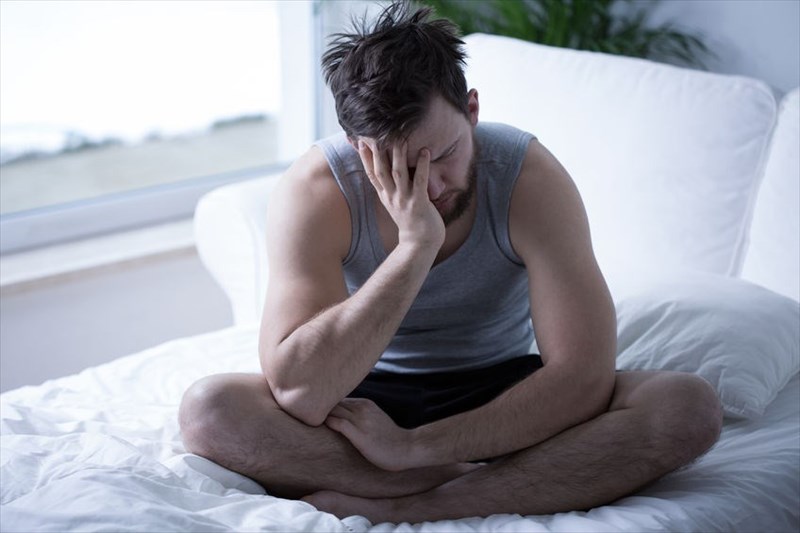 According to the International Classification of Sleep Disorders, 3rd Edition (ICSD-3), insomnia is classed as one of the following types: (5)

Short-term insomnia is generally defined as sleep disturbance that occurs over several days or even weeks. A clinical diagnosis is made if a person is symptomatic for less than a 3-month period.

Symptoms arise, most often, due to a stressor which can be identified as psychological, psychosocial, interpersonal or physical.

Stressors are events or circumstances which cause enough distress to a person (i.e. an acute situational stress), thereby impacting their ability to sleep soundly. Such circumstances can include things such as the loss of a job, a couple going through a separation or divorce, or the death of a loved one.

Other stress-related triggers can include:

Since a stressor is at the root of sleep disruption, taking action to resolve the distressing circumstance normally helps to relieve insomnia (i.e. sufferers may experience less frequent bouts of insomnia or the condition may resolve completely). Actions can include effective coping mechanisms or learning to better manage a challenging situation. Failure to resolve stressors can, however, result in persistent sleep issues, which in turn may worsen and become chronic. Short-term insomnia can recur when new or similar types of stressors occur again sometime down the line in a person’s life. 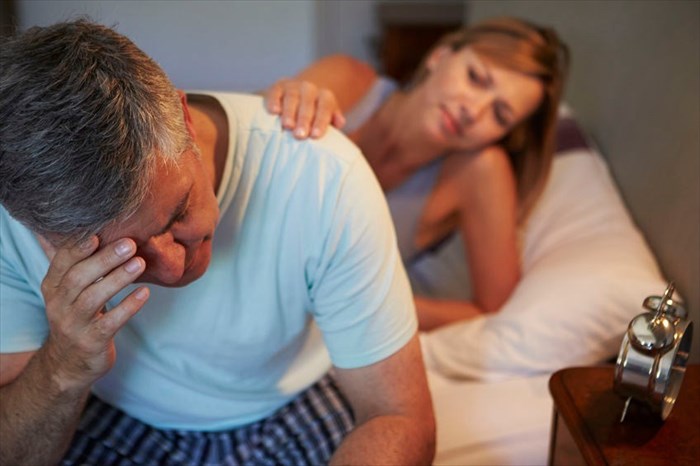 The main diagnostic criteria for chronic conditions are symptoms which have occurred for at least 3 months with bouts of insomnia taking place no fewer than 3 times a week. For many individuals, medical intervention may only be sought after suffering from persistent symptoms for many months or even years.

A particularly stressful event may initially trigger the symptoms of insomnia. Along with chronic insomnia symptoms, behavioural and adjustment difficulties within professional and social settings affect individuals with persistently poor sleep habits. Affected individuals tend to experience consistent worry and anxiety regarding the impact their poor sleep will have on their ability to function and perform sufficiently. The result is a worsening cycle of insomnia symptoms, elevating levels of stress.

Chronic insomnia typically follows a prolonged period of stress in a person’s life. Generally, these individuals were previously able to achieve restorative / adequate sleep quality. As a result of prolonged stress, the sufferer’s body responds by converting the resulting tension or anxiety into physical symptoms.

Sleep disturbances are typically reinforced in an individual who experiences frequent poor-quality sleep. In a way, the person “learns” to become anxious and worrisome regarding sleep, creating conditioned sleep difficulties. The more a person worries about being able to achieve sleep, and particularly at the time when it should be occurring, the higher the risk of not being able to reach a sleep state. If this happens and sleep disturbances are reinforced, a person can easily develop chronic insomnia.

Factors which a doctor will look out for when assessing conditioned sleep difficulties include:

Psychosocial stressors, as well as medical or psychiatric conditions and disorders are associated with chronic insomnia problems.

Insomnia relating to a medication, drug or other substance

Sleep disruptions can also occur as a result of substance use or abuse. Excessive use of certain stimulants, such as sedative-hypnotics, caffeine, nicotine or alcohol can result in sleep related difficulties during periods of use / exposure and / or withdrawal stages.

Insomnia may thus be experienced as a side-effect of exposure to a specific substance (medication, toxin or foodstuff), or in those who display a current and ongoing dependence to a specific drug that is known to have disruptive capabilities (i.e. substance abuse or addiction to drugs such as cocaine and methamphetamine).

Some prescription medications which are known to cause side-effects of insomnia include:

An underlying sleeping disorder can result in symptoms of insomnia. Common disorders and problems which cause sleep disturbances associated with insomnia include:

Insomnia relating to a medical condition

An underlying medical condition can bring about symptoms of insomnia. Some of these include:

Many chronic mental or psychiatric disorders display symptoms of sleep disturbances. Early morning awakenings are frequently experienced by those suffering from depression, and as such as been closely associated with insomnia. Depressed individuals have difficulty in falling back to sleep too. Those who experience chronic insomnia for at least a year are also at higher risk of developing depression.

Difficulties in falling asleep are frequently seen in individuals with schizophrenia and during the manic phases of bipolar disorder. Initiating and maintaining a sleep state is common among those with anxiety disorders, including post-traumatic stress disorder (PTSD) and nocturnal panic disorder (panic attacks experienced at night, awakening a person from a sleep state), as well as those with Alzheimer’s disease.

An official diagnosis of a mental health or psychiatric condition must be identified according to relevant diagnostic criteria. Insomnia may be temporary, sometimes occurring for several days or weeks before the onset of an underlying condition or disorder.

A person experiencing insomnia, along with a mental disorder will show signs of marked distress requiring specific or targeted treatment measures involving psychotherapies and pharmacological aids.

Trouble with initiating sleep may be characterised by:

Limit-setting behavioural problems may be characterised by:

All of the above-mentioned types of insomnia can bring about daytime fatigue and sleepiness (or drowsiness) as well as a lack of energy, particularly during waking hours. This impacts the sufferer’s ability to focus sufficiently, concentrate, learn and retain new information (memory function), as well as apply themselves accordingly.

Affected individuals may also develop depressive and anxious moods, becoming frequently irritable. As a result, such disruptions can negatively impact their quality of life, as well as that of those around them. Many also display slower responses to tasks which challenge normal reaction times. This too can have an impact on a person’s social, academic or occupational performance.

PREVIOUS Understanding sleep and wakefulness
NEXT Factors which contribute to the onset of insomnia
Back to top
Find this interesting? Share it!